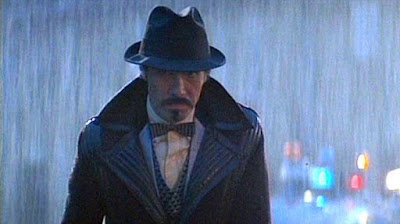 Nerds of a feather.

'Tis that season again: the geese are beginning their southern migration, the leaves are changing their colour and the nerds are clumping together. Under one roof. Yep, Saskatoon's 2015 Expo has arrived and we have come out in full force for two full days of mingling with the people who continue to create obsession-worthy entertainment. My favourite video game characters (Lulu and Yuna from Final Fantasy X [sidenote -- my cat's name is Yuna... (Wait, can I do parentheses within a parentheses within a parentheses, or have I just received my first F- from F This Movie!?)] and one more), hugging one of my favourite Marvel characters; Spiderman hugging Spidergirl being chased by a she-Venom, all while Giancarlo Esposito watches on, holding his Exacto knife just so. Nerd Heaven? Without a freaking doubt. I am truly in my element and more than content to just sit back and watch cosplay in all it's glory as it surrounds my senses. 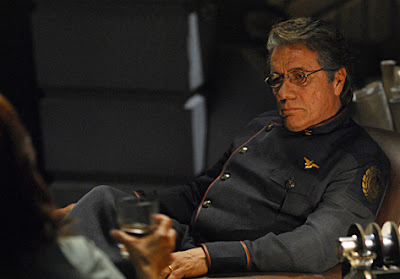 In anticipation of a chock-full weekend boasting tales of adventures from Battlestar Galactica, Blade Runner and Miami Vice, I decided to revisit a movie that was my (first remembered) introduction to Olmos, 1997's biographical music drama Selena. I love this movie. Every little thing about it, from inspirational dream come true to heartbreaking end, I am into (and I mean INTO) this film. Without fail, come the last seven minutes I am again ugly crying as I boohoo my way through Google to ensure the villainess had received that which she what was owed. Jennifer Lopez is phenomenal in this movie; while she is far from my favourite actress, I could imagine no one else in the titular role. She encapsulates the radiant joy of music, love and life that was Selena. While Lopez dominates the forefront of our attention, I am time and again drawn to Olmos as he brings to life her father, Abraham Quintanilla, the man who nurtured, loved and supported his daughter to achieve her life's dream. This movie is among the top ten highest-grossing music biopics, and while the family did not initially want the (**Spoiler**) murder of Selena to be included, I feel the film handled it beautifully, as the movie as a whole is a celebration of a dream, which to this day continues to inspire people around the world.

I continued down the not so beaten path of a lesser-known Olmos film and came across a made for TV movie, again inspired by a true story, In The Time of Butterflies (2001). In 1960, the Mirabel sisters were murdered for being part of an underground plot to overthrow a corrupt government. Edward James Olmos portrays Rafael Leonidas Trujillo, Dictator of the Dominican Republic, in a movie that is loosely based around the tale of the tragic heroines. With a simplistic approach, the film dramatizes a political tyranny that lasted from 1930 to 1961 and the personal toll it had on an entire population. With my personal favourite performance of Olmos' fresh in mind, his role as “El Hefe” in this movie paled in comparison. Perhaps the dictator himself was stiff and almost monotone, but I found it difficult to connect the character on any level. Even when he was being despicable I was still feeling nothing but “meh.” 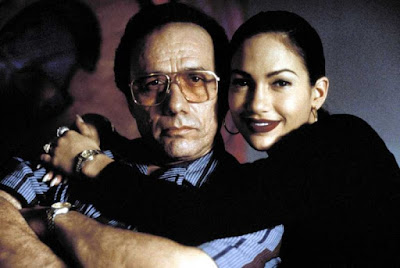 Whether it is as a detective in a sci-fi epic set in futuristic Los Angeles (2019 seemed so much farther away back then didn't it?!), a religious psychopath murdering according to a map laid out in Revelation (yes, I managed to squeeze in a few episodes of Dexter between my 300 plus movies watched so far this year), or the intimate, almost personal embodiment of a father, Edward James Olmos is one of those actors that I would stand in line all day for, just to shake his hand. (I HAAAAAAAATE standing in line. I would rather sit through a year of watching nothing but rom-coms everyday than stand in line.) Or I would have, had he not cancelled his appearance right before he was due to arrive for the Expo. ....Sigh. Well I guess there's always my back up plan... Shatner. (There are many layers to my nerditry. Nerds are like onions... Wait. That's Shrek). I'm sure I can squeeze in a week-long Star Trek marathon before Scary Movie Month. 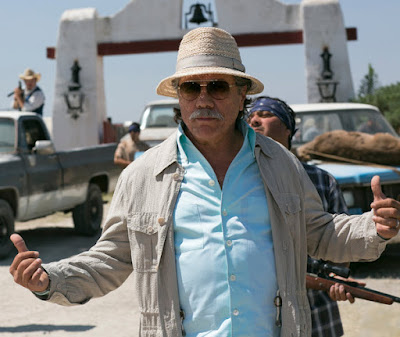