Riske Business: Hype is Not the Problem, We Are

If you love a movie, say you love it. Don’t worry about the next person.

I’ve been thinking about movie hype a lot recently, specifically, the accusation that something is “over-hyped.” It’s a topic I’m sensitive to and interested in. This past month I went back and revisited The Babadook, a movie that I once accused as being “good” but “over-hyped” back when I saw it late last year. I plan to do the same thing next month with It Follows, another movie I accused as being “over-hyped” after seeing it for both the first and second time last spring. I thought these movies were overrated (a term I tend not to use anymore because it takes the conversation away from the movie and makes it about someone else’s reaction to a movie) and I felt left in the dark with the popular consensus. Worse yet, I felt the need to explain my position to people who were not really willing to listen. They loved The Babadook and It Follows and were not very interested in listening to why I had problems with those movies.

When I revisited The Babadook for a second time, away from the hyperbole (e.g. William Friedkin was quoted as saying “I’ve never seen a more terrifying film than The Babadook. It will scare the hell out of you as it did me.”), I enjoyed it much more. I was looking for things to appreciate this time (because I felt left out that I didn’t love it the first time), which is a much better position to approach a movie than the “prove something to me” position I took during my initial viewing based on the hype and hyperbole. Because of this, I very much look forward to revisiting It Follows because I love the filmmaking in the movie (particularly the music) even though I have issues with its pacing (it feels repetitive) and story/character choices (they feel arbitrary and don’t follow what I perceive to be internal logic). On this next viewing of It Follows, I want to focus on what I love about the movie and not as much my issues with it. Who knows? Maybe some of those issues may melt away. 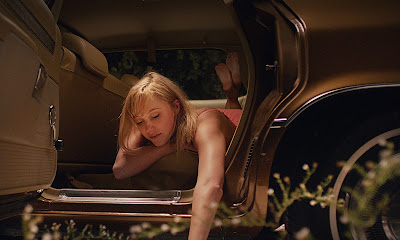 Recently I’ve been on the flip side of the hype debate (where I’m the one hyping them) with Turbo Kid. My praise of Turbo Kid has been effusive ever since I saw it last month, so much so that other people might be left scratching their heads when they watch it and maybe don’t share the same sentiments about the movie. And that’s ok! I have a purpose and reasons for hyping the movie to the degree that I am and, as a result, I understand what William Friedkin was doing when he stated how over-the-moon he was about The Babadook. It boils down to two things:

• These are small movies that could easily be lost to obscurity if their supporters don’t champion them.
• You are only one person and you should be able to express how you feel about a movie; however you want to, without fear of backlash or derision. 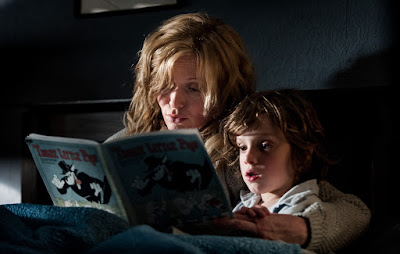 Recently I’ve read (whether it be in columns or on Twitter or in comment threads) people saying that Turbo Kid is over-hyped. I don’t like that and I’ll tell you why. For starters, it’s dismissive of my opinion and automatically assumes that your opposing opinion is superior... aka “the right one.” It would be better to say that Turbo Kid is not a good movie in your eyes, and here’s why, followed by expressing those reasons. To say that someone is over-hyping the movie is channeling your dislike for a movie and directing it at its supporters and not at your attitudes toward the art itself. I’m guilty of this too. We all are. I’m not acting like I’m not.

For example, I don’t like the movie Gravity but I shouldn’t say it’s overrated or over-hyped or someone oversold it when someone does like it and tells others that they do. If I do, that stops the conversation because almost every movie, even ones you don’t like, has something in it you can admire. In the case of Gravity, yes, the special effects and production design are incredible. The fact that the movie doesn’t work for me from other perspectives matters in the sense that it’s a position that should be listened to but only if I express that position by not saying “this movie is over-hyped and here’s why….” If you love Gravity, then love it and no one should tell you otherwise -- just like no one should tell me that I’m over-hyping Turbo Kid when I say I love it. I’m trying to express myself and get other people to see it. If I didn’t say I (honestly) loved the movie, some people would never watch it and it would be a loss to the potential viewer and the movie. 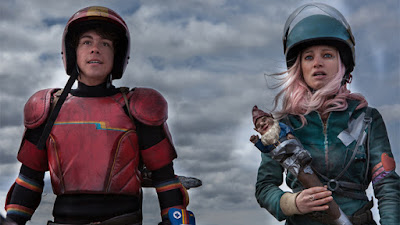 Long story short, I’m so done with the phrases “overrated,” “over-hyped” and “oversold.” I don’t think they do anybody good. When people use those phrases, they come from two places – a) a bruise that the movie didn’t work for you as well as it did for others and b) a protection impulse to temper the expectations of future viewers so that they may enjoy the movie more. To this I say worry about yourself, express yourself and give the next person the courtesy to do the same. A movie police does not exist and it’s not your job to create one. Every opinion is valid as long as it’s your opinion for yourself and not your opinion for everyone.
Posted by Patrick Bromley at 5:00 AM