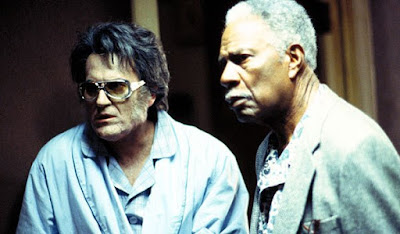 I recently re-watched Bubba Ho-Tep at the Bruce Campbell Horror Film Festival last August and was blown away once again by how great Ossie Davis is in that movie. It goes without saying that Bubba Ho-Tep contains one of the best performances (maybe my favorite) in the career of Bruce Campbell, but I think a strong reason for that is the dynamic struck up with his co-star Ossie Davis. Campbell and Ossie Davis have great chemistry together, often times with Davis playing straight man to Campbell’s more irreverent creation. 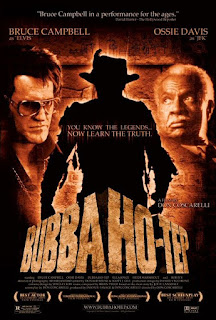 It’s that conviction and dignity that Ossie Davis brings to the role of JFK in Bubba Ho-Tep (which is great casting, seeing that Davis was a well-known activist during the Civil Rights Movement during John F. Kennedy’s heyday) which helps give the movie a lot of heart and pathos. But Davis is also a great amount of fun to watch in Bubba Ho-Tep. He is so funny in this movie, playing what may be a crazy person and he nails every laugh line, including some of these favorites:

• “They died me this color. That’s how clever they are. Can you think of a better way to hide the truth than that?” This is followed by a very subtle and hilarious touch of Davis looking around after he says that line.

• “Cleopatra does the nasty.”

• “I assume he would crap soul residue.” And

• “That is classified information. Top secret. But between you and me…Wow!!” 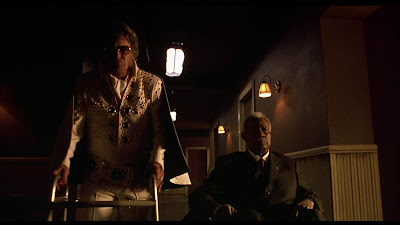 Besides his dialogue, I love that Davis is so earnest about the material. He seems legitimately freaked out that a soul-sucking mummy is terrorizing his rest home and also rejuvenated to have one final adventure which gives him some much dormant life and vitality. So does his friendship with Campbell’s Elvis character. I adore when movies portray a friendship developing, and Bubba Ho-Tep, at its heart, is in part about that. It doesn’t matter if they’re both crazy. They’re friends and because they’re friends they believe one another are sane.

To close, I’m going to quote the great Roger Ebert from his review of Bubba Ho-Tep. When describing the Campbell and Davis performances he says (I’m paraphrasing) that they “never wink at the audience or patronize the material” and that they give their roles “all of the curiosity and respect they’d deserve in a serious film.” In short, it’s a performance that takes care of business.