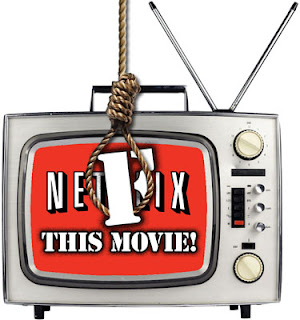 Happy #ScaryMovieMonth! If you haven't already picked out what to watch this weekend, we've got you covered. 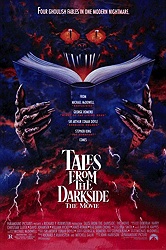 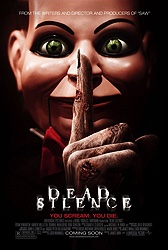 Heath Holland: Dead Silence (2007, dir. James Wan) I think this is my favorite movie from James Wan. Wait, come back! I don't mean to detract from anything else that he's done, but this one just strikes the right tone with me. Over the last few Scary Movie Months, I've come to realize that horror works best for me when it's like a walk through a funhouse and maintains that old-school sense of the bizarre, rather than assaulting my senses and fraying my nerves with tales about the worst of humanity. Furthermore, I'm partial to monsters and creatures and slashers that aren't bound to logic and exist in that nightmare-state of the subconscious. Dead Silence sticks to classic creeps like ventriloquist dummies and ghosts, so OF COURSE I really like it. Your mileage with this will definitely vary depending on what you want from a horror movie, but I really dig it for tapping into some of the same things as many of the great horror movies from the 1950s and 1960s.

JB: The Cabinet of Dr. Caligari (1920, dir. Robert Weine) For Scary Movie Month this year, let us all start at the beginning with one of the first (and best) horror films of all time. I can still remember the first time I saw The Cabinet of Dr. Caligari in a college film class. I loved the expressionistic set design, the stylized performances, and the intense, spooky atmosphere. A strange young man (Freidrich Feher) recounts a tale of two friends stalked by a mad carnival charlatan (Werner Krauss) and his sleepwalking zombie pal (Conrad Veidt, who would later play Major Strausser in Casablanca). It is certainly nice to see Netflix using Kino’s recent superior transfer of this film, which turns a perennial public domain eyesore into a sharp, tinted masterpiece. This print features the original inter-titles too and a wonderfully creepy score. 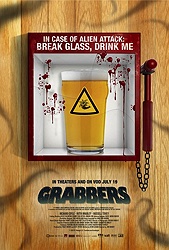 Patrick: Grabbers (2012, dir. Jon Wright) I'm so excited that it's #ScaryMovieMonth and that we get to recommend horror movies for the next few weeks. But here's the problem: Netflix doesn't turn over its content very often, so there's a good chance that if there's something great on there it's already been suggested in the last three or four years we've been doing this. Also, I'm a dummy who recommends horror movies year round, so now the time comes to find stuff to suggest and it's all been suggested in the past either by me or by someone else. Having said all that, I feel pretty good about recommending Grabbers, a horror comedy out of Ireland about a small town that gets attacked by a tentacled monster (part Tremors, part Deep Rising) that won't attack those with alcohol in their blood. The town does the only thing they can: hole up in the local bar and get really, really drunk in order to save their own lives. It's such a great premise for a horror movie that it alone warrants a recommendation, and while the execution isn't always as inspired as the idea there's enough charm in the film to justify a watch this #ScaryMovieMonth.
Posted by Patrick Bromley at 12:00 PM