Won't it be nice to get back to streaming normal movies? 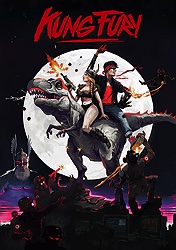 Adam Thas: Kung Fury (2015, dir. David Sandberg) I’m recommending this one this week for a few reasons; it’s only 30 minutes long and moves VERY fast, and I contributed to its Kickstarter page, so I have a soft spot in my heart for it. I just had a conversation with Patrick about Kung Fury, and he summed it up better than I could, so I’m going to steal it because he nailed it: if you want to see this idea done better, watch Turbo Kid. He’s right. Turbo Kid is a better movie and has similar ideas. With that said, I still liked Kung Fury. Where Turbo Kid takes itself seriously sometimes, Kung Fury is a straight up comedy the entire time to the point of being absurd. There is a shootout between Kung Fury (the main character) and a telephone, and it was great. If you’re an '80s-'90s kid like myself, Kung Fury makes a ton of references to video games. My favorite sequence in the movie is a fight with a bunch of flat, repeating images of masked Nazis in the background that is made to look like a level from Mortal Kombat (the game, not the movie). It is very “self-aware” to the point that it is almost a detriment, but still was funny and fun enough that I looked right over it. It’s stuffed full with only a Kickstarter budget and a 30 minute run time, so there is NO character development, and just a series of jokes and action, which is kind of what I expected. If you hate it, it only cost you 30 minutes. 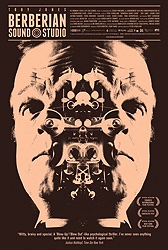 Erich Asperschlager: Berberian Sound Studio (2012; dir. Peter Strickland) Scary Movie Month may be over for the rest of you, but I'm holding on tight. Between teething, sick kids, and disrupted sleeping patterns, my back half of October was light on movies—and sleep. Which put me in the perfect mood to watch Peter Strickland's atmospheric, unearthly tribute to Giallo, about an English sound engineer who is hired by an Italian horror director to work on his latest film. The process of working on a strange movie in a strange land takes its toll on the mousy engineer's sanity. Although we never see the movie they are working on, the sound effects and snippets of dialogue create something worse in our minds than could exist onscreen. The film isn't entirely successful. It wanders and repeats ideas a little too often, but its incredible sound design and mesmerizing atmosphere more than make up for any shortcomings. 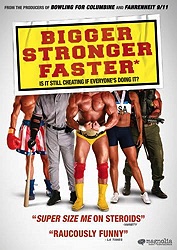 Heath Holland: Bigger, Stronger, Faster (2008, dir. Chris Bell) This absolutely fascinating documentary looks at America's obsession with muscles and fitness and how steroids provide an artificial advantage for those willing to take them. As a massive (see what I did there?) WWE fan, I appreciate the parts of this documentary that touch on the wrestling business and the opportunities and costs associated with it, but the film ends up going far deeper than that. It ultimately examines why Americans in particular want heroes that are impossibly strong and always win, even when it means cheating to do so. The ethics and morality of everything from our action heroes to our sports icons are examined in this thought-provoking slab of beefcake. 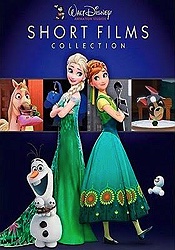 JB: Walt Disney Animation Studios Short Film Collection (2015, dir. Various) This collection of short animated films is very entertaining. Not knowing it was about to be introduced onto Netflix Instant Streaming, I stupidly purchased this on Blu-ray disc and gave the included “free” DVD to my godchildren. They loved it and forced their parents to watch the same four short films over and over and over again until they had reduced that disc to a cinder. Now they can watch them again, courtesy of the Netflix machine. I’m recommending this collection this weekend for three separate reasons: 1) as a kind of palette-cleanser after the horrible monsters and atrocious gore of Scary Movie Month; 2) at least four of these shorts are truly special. “Frozen Fever” is really fun, “Paperman” and “Feast” are charming Oscar winners, and “Get A Horse” is both ground-breaking and awesome in its scope and comic invention; 3) we are all only going to have time for short films this weekend because we are all going to be catching up on the “regular” movies released in October (I’m looking at you, Adam Riske) and busy at the picture show, catching James Bond and Charlie Brown. Good grief. 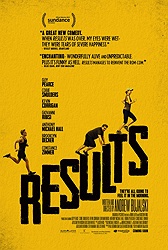 Patrick: Results (2015, dir. Andrew Bujalski) I really enjoyed this movie when I saw it earlier this year as part of the Chicago Critics Film Festival. It's quirky and low-fi while still being the most commercial film Andrew Bujalski has ever made. The three leads (Cobie Smulders, Guy Pearce and especially Kevin Corrigan) are very appealing and it's shot around Austin, which is always cool. It's a weird mix between glossy Hollywood rom-com and indie mumblecore, which means it's not going to satisfy the devoted fans of either genre. For those that don't mind something in the middle -- or who can appreciate a kind of cross-pollonized movie like this -- it's worth a look. Movies like this are perfect for Netflix Instant. You don't risk anything but some time and might be rewarded with something really winning and pleasant.
Posted by Patrick Bromley at 12:00 PM