This gritty, urban drama is guilty of being a masterpiece… and of picking its feet in Poughkeepsie. 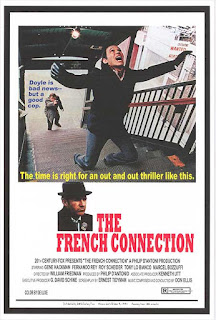 William Friedkin is a national cinema treasure. I can imagine him saying to the bouncers at the Greatest Directors in History club, “I directed The French Connection,” and they’d say, “Oh, right this way, Sir!” Then he sidles up to the bar, orders a drink, turns to Welles, Hitchcock, Ford, and Coppola, and announces, “By the way, I also directed The Exorcist, Sorcerer, and To Live and Die in LA.

I imagine a lot of great scenarios like that, because I’m the Pope of Film. Let’s just say that it is part of the gig. 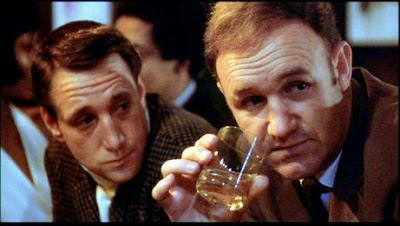 The French Connection is justifiably famous for its epic car chase sequence, but there is so much more in the film to love. Friedkin uses every technique from his former career as a documentary filmmaker to bring us a film so authentic it hurts. The French Connection is based on real life NYC narcotics officers Eddie Egan and Sonny Grosso, who were both on the set as advisors. In fact, the famous scene where a detective loudly accuses a perpetrator of “picking his feet in Poughkeepsie” comes directly from Sonny Grosso’s playbook: he used to say this (and other things like this) to confuse suspects into making confessions.

The Plot in Brief: New York police detective Jimmy “Popeye” Doyle (Gene Hackman) and his partner Buddy Russo (Roy Scheider) learn of a dealer’s drug connection after a routine arrest. They also suspect local diner owner Sal Boca (Tony Lo Bianco) of having mob connections. They learn that a large shipment of heroin is due in New York, arriving hidden in the Lincoln Continental of a famous French television star. After the two detectives intercept the shipment, the mysterious Charnier (Fernando Rey) travels to America to see what has gone wrong with his smuggling plan. He and Doyle play a game of “cat and mouse” on the New York subway. Charnier hires hitman Nicoli (Marcel Bozzuffi) to kill Doyle, but Doyle has other ideas about that. Will Popeye Doyle succeed in bringing the elusive Charnier to justice? 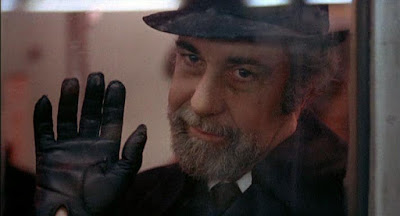 At a theatrical screening a few years ago, I remember being impressed by director Friedkin’s ability to keep the audience completely engaged—but completely confused—for the first third of the film. It is engrossing. This is the way to immerse an audience in a story; this is the way to get people to pay attention. It is the filmic equivalent of lowering your voice to get people to lean in, so they can hear what you have to say. Modern movies are robotically obsessed with pleasing the audience, stimulating and bombarding viewers for every second of their bloated running times; it’s as if the filmmakers are afraid of letting audiences do any of the heavy lifting. I am not aware of a single film in the last twenty years that gives its audience as much credit as The French Connection. What modern film so willfully (and delightfully) keeps its audience in the dark?

In a Film Studies class in high school, our beloved teacher rented The French Connection on 16mm and we ran the car chase again and again on a projector, backwards and forwards, at various speeds, and frame by frame, analyzing it for an entire week until it gave up its secrets. Much of the relentless drive of the sequence is due to cinematographer Owen Roizman under-cranking the camera to speed up the action and give the impression of a higher speed chase. The scene is a film class in itself—in cinematography, in acting, in stunt work, and most especially the art of editing that combines all the other aspects into a cohesive (and thrilling) whole. 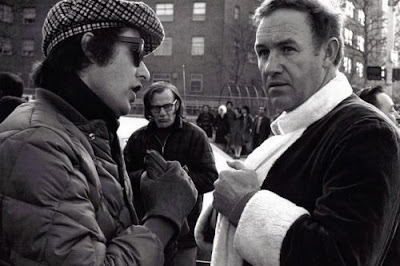 The film was nominated for eight Academy Awards and won five: Best Picture, Best Director, Best Actor (Gene Hackman), Best Adapted Screenplay (Ernest Tidyman), and Best Film Editing (Gerald B. Greenberg). Remember, this is back in the day when the Academy of Motion Picture Arts and Sciences got more of these winners right than wrong. The French Connection won Best Picture in 1972, beating both A Clockwork Orange and The Last Picture Show—two other terrific films.

The French Connection’s Three Miracles: The aforementioned car chase, one of the best ever filmed; the performances of the leads, who we never catch “acting”; and the grimmer-than-grim, “it’s the Seventies, baby” final minute. 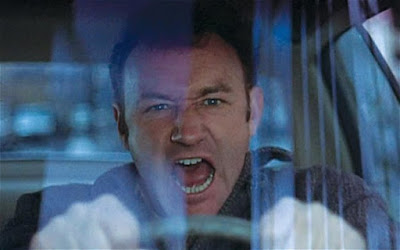