Fish Tank, Questionable Protagonists and Seeing a Movie by Accident 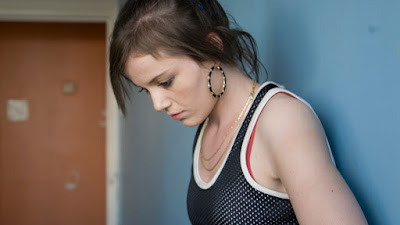 One of my favorite movies of the 2000s is one I almost never saw.

Sometimes you stumble upon a movie that you didn’t intend to see and it completely takes you by surprise. Back around 2008 to 2010 this would happen to me quite often. I was a regular at Chicago’s Music Box Theatre and inhaled all of the classic movies, midnight movies and independent movies I could. It was during that time period that I saw a trailer for the movie Fish Tank and knew I needed to see it. The movie was acclaimed and featured hip-hop dancing which was cool, but it also co-starred an up-and-coming actor named Michael Fassbender (who up to that point I had only seen in Hunger and Inglorious Basterds) who I thought was really exciting to watch. I had a hunch he would be big one day, similar to how I called Avril Lavigne turning into something when I heard the song “Complicated” at a mall McDonalds back in the spring of 2002. I have an ear and eye for talent is what I’m trying to say. 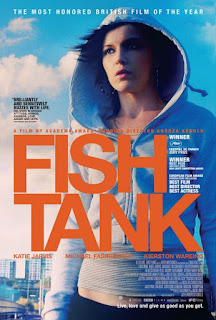 I have missed so many more Fish Tanks over the past few years that I am sad to even sit down and think about it. I used to be a much more adventurous moviegoer but I’ve gotten lazy, mostly seeing mainstream movies or things I want to write about and ignoring or skipping so many indies and oddball choices, most of which play in the city (while I live in the suburbs). I could have very easily decided to not see Fish Tank back in February of 2010 but I’m glad I put the effort in to seek it out. It’s an amazing movie and one I want to dedicate this column to in order to get some of you to seek it out. It’s part of the Criterion collection after all, so you know it’s at least of some worth. Before I go any further, what is Fish Tank?

Written and directed by Andrea Arnold, Fish Tank tells the story of Mia (played by Katie Jarvis, in a natural performance), a 15-year old girl living in the British housing projects with her boozy mother and misbehaving little sister. Mia wanders aimlessly most days (she’s been kicked out of school and is waiting to start a term at a disciplinary school) and forges an uncomfortable relationship with her mother’s boyfriend (Fassbender) who encourages Mia’s one healthy interest – hip-hop dancing.

On this most recent re-watch of Fish Tank (I come back to this one once every year or so) I noticed that it makes almost complete sense that this movie works so well on me. It shares a lot of the same tropes as one of my favorite movies: Saturday Night Fever. It follows a wayward teen that is into boozing and getting into trouble, the lead character loves dance and they are in a bad home-life situation they are desperate to escape. Both are examples of my favorite type of movie, which is a character study where we learn to relate and empathize with someone unlike ourselves. Where Fish Tank and Saturday Night Fever differ, though, is that while Fever’s Tony Manero has a lot of friends and is at his core a good guy (who sometimes does shitty things), we’re not so sure about Fish Tank’s Mia, who is a loner and a worse seed than Tony.

Mia is a questionable protagonist. She’s foul mouthed, gets into fights, drinks heavily and does some even more undesirable things as the movie progresses (which I won’t get into because they would be spoilers) but it’s testament to the filmmaking and Katie Jarvis’ performance that you always care about Mia and want her to find happiness in life. Why is it that we as viewers side with questionable protagonists such as Mia? I think it’s because everybody feels like they themselves are a mess sometimes and seeing someone depicted as such on the screen is a way for us to tell ourselves that we’re not alone in that feeling. It’s a shared experience and if Mia can break free and find a better life, we can too. Mia is on a track to nowhere but by the movie’s conclusion there’s hope. Her life might not be saved yet, but what we understand is that she’s a life worth saving. She’s not a bad person (though she does many bad things) because she never had the opportunity afforded to her to be anything but the way she is based on her family life and surroundings. 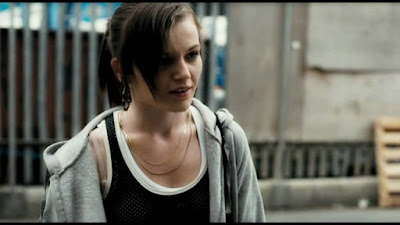 One last thing I want to say about the movie (besides that it’s great and you should all watch it) is how the movie cleverly uses visual filmmaking language to express its points. One is the choice for the movie to be framed in full screen ratio, which gives the movie a claustrophobic feel. The world is closing in on Mia and we feel it subconsciously because we have less screen space to breathe. Second, there’s a parallel between Mia and a wild horse shown in several scenes in the movie. They are both, we learn, around the same age and the horse’s fate represents what could happen to Mia if she’s not more careful. Fish Tank is a movie about a character that has hit bottom and realizes she has to make drastic changes to her life before it’s too late. The way she was going about her existence is unsustainable and we, as viewers, cross our fingers for this person that she’ll see a brighter day. Most importantly, for me, Fish Tank reminds me that I need to become that adventurous moviegoer again and seek out film outside of the mainstream.