Movie violence is a weird thing. It’s ubiquitous in everything from horror movies to children’s entertainment, and has been a part of our summer blockbusters for so long that we just take it for granted. Graphic violence on the film screen isn’t a new trend, either. I grew up during an era defined by larger-than-life action stars like Schwarzenegger and Stallone, and their movies were often categorized by ridiculous cartoon violence played for comedic effect and coupled with one-liners that would have made James Bond proud. Furthering the cartoonish nature of violence during the 1980s and 1990s were actual animated series based on R-rated properties like Rambo and Robocop which attempted to replicate the battles we saw at the movies on our television sets, usually by switching real bullets for things like laser guns to get the shows approved by standards and practices.

Frankly, I have loved movie violence for years, which feels strange thing to admit. I was an angry kid who resented the strict fundamentalist upbringing that was forced upon me, and I always saw the action heroes from those movies as an escape from that rigid way of life. And strangely enough, movie violence was almost always ok in my house growing up. Sex, nudity, and profanity were definitely out of the question, but no one was particularly concerned about me seeing all those people being blown away. Even horror movies (not that I was watching those as a kid) play by a certain set of rules most of the time, and the people that don’t make it to the end of the film usually have such big character flaws that you’re rooting to see them go down. Movies offer a very black-and-white sense of justice, with immediate and severe consequences for characters who behave unethically. 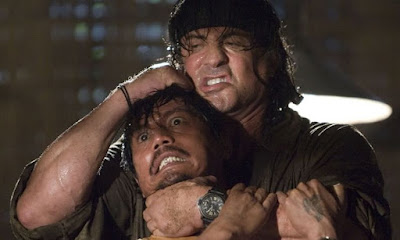 Lately, however, I’ve noticed my attitude on violence in the movies has changed pretty dramatically. Part of the reason I wanted to write about this publicly is because I’m struggling to figure out what exactly it is that I’m feeling (whenever you’re unsure about your true thoughts on something, writing about it always brings your innermost feelings to the surface), but also because I think it would be interesting to start a dialog about the issue and see where the movie-going community stands on the state of violence in movies.

Once you become aware of how saturated our culture is with violence, the more you start to see how much of it is in our movies. It feels to me like there is either glorified death or violence in nearly every mainstream movie that comes out today. Part of this is because violence is a way of life and we face a very uncertain and unhappy world outside our door everyday. Another reason for this is because movies are ultimately about the human struggle, and what do we struggle with more than death? But then again, there are lots and lots of movies that feature heavy violence and offer nothing on the human condition. These movies use violence as entertainment. And man, is it entertaining. Question: why does someone have to die in almost every single modern age Disney movie? There are some especially horrible deaths in Disney movies like Tarzan and Mulan that aren’t teaching kids how to be strong in the face of loss or adversity. They’re just killing bad guys because killing bad guys is the coolest.

I fully admit that I think a big part of my shifting feelings on the pervasive nature of violence in movies comes from being a parent and having my child ask questions about things that I can’t readily answer. My daughter understands the difference between fantasy and reality; she knows that what she’s seeing on screen isn’t real, but it still affects her. For example, Star Wars: The Force Awakens really affected her in a profound way and brought around some deep conversations that I wasn’t prepared for, and that’s a movie that I think actually speaks to the human struggle. It’s really hard to see your kid quietly sobbing during a movie because they actually understand death and loss. Our children will grow up in a world where they accept that their schools could be the stage for real violence. Their illusion of safety is broken, and it’s a bummer that my kid now identifies the emergency exits at the movie theater as soon as we sit down in the event that we have to make a mad dash out of the building. This changes you and how you feel about violence, both in real life and on the big screen. 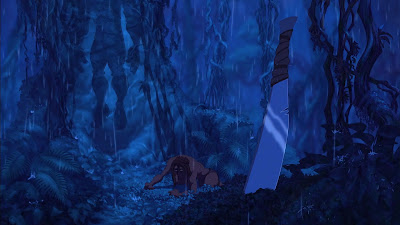 To be clear, I’m not coming down on movie violence. I think that sometimes it has its place, and I applaud a movie like Mad Max: Fury Road for using that violence in service of a story that’s absolutely life-affirming and important. When I hear people criticize the violence of that movie (these people do exist, believe it or not), I feel like they’ve missed the point of the film completely. Similarly, I even understand the appeal and the success of Deadpool because it’s doing something different, and we need different. I don’t want a sanitized movie marketplace where every film beams sunshine and rainbows. You’ve heard I’m a big Chuck Norris fan, right? I like to see Chuck takin’ care of business. Let the bodies hit the floor! But as much as movie violence works in the right environment, I don’t want a movie marketplace that’s mostly filled with death. I don’t want an R-rated Wolverine movie or heroes that bathe in buckets of blood.

The world is a scary place. Nothing is sacred anymore, and the unfortunate truth is that our safety is not guaranteed. It makes sense that our movies reflect that world, but it would be nice if they would also offer us an escape from the bleakness of reality. I’m a superhero guy, but I’m worried about Batman v Superman: Dawn of Justice, and I’m also worried about how dark Captain America: Civil War looks like it’s going to be. In fact, it sure looks like Phase 3 of the Marvel Cinematic Universe is going to be 72% cacao (bitterly dark); I’ll be very surprised if all our heroes survive the next few movies. I’ve read the comics and I think I know where we’re going. Frankly, this is not the superhero environment that I want for my daughter, and it’s not what I want for myself, either. Yet through it all, these movies are consistently rated PG-13 for their violence, even though there’s usually a massive amount of destruction and devastation. Say the F-word or show a nipple and you’re probably going to get an R-rating (and my attention), but you can kill thousands and still get that coveted PG-13 rating. Seems kind of messed up. To make it even worse, these movies that use the death of a major character rarely even commit to that death to give it weight. When I was seven, Optimus Prime and a bunch of other Autobots died in Transformers: The Movie and stayed dead long after the end credits rolled (much to the horror of children everywhere). Those of us who saw that movie MOURNED Optimus Prime for months before he made his eventual return. Now major character deaths are usually undone by the end of the movie. What’s the point? While we’re at it, why did Transformers: The Movie kill a bunch of beloved children’s characters in the first place? S.O.B.s! 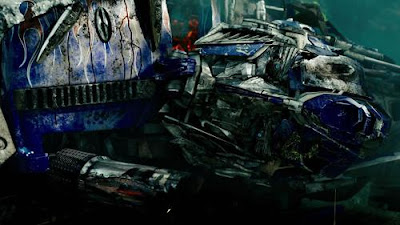 Maybe this is all just my own struggle with growing older and acknowledging my own physical limitations and mortality. You get to a certain age and you realize that life is beautiful and precious and that real violence is awful. Some movies (The Hateful Eight springs to mind) play violence as being very upsetting and traumatic (rightfully so), but I feel like it’s an exception to the rule. Maybe this is why I’ve developed such a passion for old black and white movies: they almost always focus on life over death, and violence is rarely done without deep consequence. They offer me an escape from the scary world just outside my window; they’re artificial, to be sure, but so is rampant destruction with no consequence. I’m possibly being nostalgic about a time that never existed. Maybe I just miss the days when Back to the Future, a fun adventure with a body count of zero, was the highest grossing movie of 1985. But then again, the second-highest grossing film that year was Rambo: First Blood Part II. If that’s not a telling dichotomy, I don’t know what is. “Marty………I’m comin’ to get you.”

Obviously I’m still working all this out. I’m not anti-movie violence, I just wonder sometimes why there has to be so much of it and why we’re so drawn to it. I also understand that they’re just movies, and that none of it’s real. I’m not sure about any of this, but I know that I’m concerned about the dark direction our entertainment seems to find itself headed currently. Even though they’re just movies and aren’t real, they are a reflection of us as people; we make them, we go see them, we allow them into our culture, and we talk about them endlessly. I’m just not sure that everything I’m seeing is an accurate reflection of who I want to be.
Posted by Patrick Bromley at 12:00 PM