Our weekly roundup of what to watch on Netflix is getting a makeover.

After more than three years and nearly 170 Netflix This Movie! columns, something had to give. Time constraints and the need to find something new to suggest week in and week out has taken its toll on some of the contributors and the column was becoming both increasingly difficult to write and smaller over time. With this in mind, I'm going to attempt to keep the column going (it does pretty well for us and seems to foster discussion, both good reasons for it to stick around) by myself for now. It could change again in the near future. Bear with me.

What I hope to do is offer a few picks ever week centered around a specific theme. It might be related to the big theatrical release that week. It might be just some stupid tenuous connection I find between a couple of movies. I can't promise anything. Hopefully you all will still enjoy reading the column and maybe get some use out of it. Here we go. 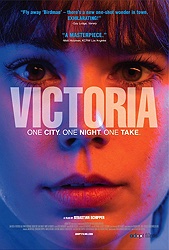 Victoria (2015, dir. Sebastian Schipper) This German import from last year appeared on the Top 10 of 2015 lists from both me and Doug. It's the story of a young Spanish woman named Victoria (future Mrs. Doug Laia Costa) working at a cafe in Germany who, one night, accepts an invitation to hang out with some guys she meets. Things get interesting from there, but I won't say what happens (and you shouldn't read about it either). The big hook of the movie is that it is told in one continuous long take -- not a fake long take like Rope or Birdman, but a legitimate 138 minute single shot. Aside from just being a technical marvel, the movie tells an involving story (made more involving by the format, I'll readily admit) and goes to places I couldn't have expected it to go. You might see it as just an excuse for a trick, but you've got to admit...it's a hell of a trick. 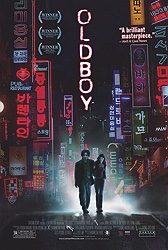 Oldboy (2003, dir. Park Chan-wook) Oh, really Patrick? Oldboy is worth watching? Fucking Oldboy? Why not just recommend The Beatles? In trying to stick to a theme and being limited by the options available on Netflix, I'm going to be making some obvious or repeat choices going forward. Sorry about that. Oldboy is still a masterpiece and one of the best movies of the 2000s -- arguably the high water mark of Korean revenge thrillers. 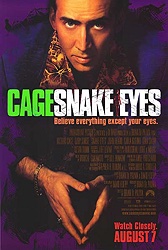 Snake Eyes (1998, dir. Brian De Palma) As a De Palma apologist (a De Palogist), I dig Snake Eyes. I know it is a mess. I know that Nicolas Cage is in full cocaine mode and that the mystery doesn't quite work. I know that the whole reason the movie is even talked about anymore is for that incredible long take at the beginning, which is still worth talking about. Do I wish that it didn't seem like De Palma started with that idea and worked backwards from there? Of course. Can I still find a lot to enjoy in the movie? Yes. Yes I can. It's weird that the film gets shit on so much, especially when everyone always includes "Except for that opening shot..." Guess what? Most movies do not even have that much going for them. Serenity (2005, dir. Joss Whedon) Confession: I am not the biggest fan of Firefly. I like it fine! Cool world building, fun characters, neat concept, some performances I really like (and some I like less). On my list of favorite Joss Whedon shows, though, I'd rank it third -- and I still haven't watched the second season of Dollhouse, so it could realistically drop another notch. I think if the show had the opportunity to go for a few seasons it could have become something truly great. Instead it moved to the big screen for a decent (if somewhat forgettable) wrap up that exists mostly to kill a few people in shocking fashion. My reactions to both Firefly and Serenity are undoubtedly informed by their rabid cult status, because in a vacuum I'd be telling everyone that Serenity is a fun Saturday afternoon space adventure but instead find myself not quite seeing what all the fuss is about. Still, dat long take though.
Posted by Patrick Bromley at 12:00 PM