Of course you're watching Daredevil and Pee-Wee this weekend, but here's some stuff for when you're finished! 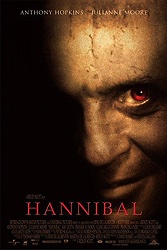 Hannibal (2001, dir. Ridley Scott) No, it's not The Silence of the Lambs. No sequel was ever going to be, a fact that director Ridley Scott wisely understands. Instead, he pitches his underrated sequel to the 1991 classic as the blackest of black comedies -- an A-list Hollywood production in which people are eaten by pigs, hung from their entrails, talk while their brains are being eaten and in which Gary Oldman plays a man with no face. His performance is the key to enjoying the film, really. It's so weird and outrageous that we know it can't not be funny. Julianne Moore does what she can, but it's hard not to wish it was Jodie Foster. At the same time, I can totally understand why it's not Jodie Foster. In fact, it's probably better that the part is played by two different actresses, which allows us to compartmentalize the Clarice of Silence as a very different character from the Clarice of Hannibal. The movie is gorgeously shot, the Italian locations are incredible and the gore as extreme and Grand Guignol as any '70s exploitation movie. What's not to like? 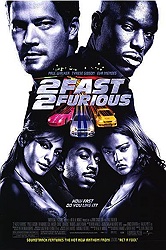 2 Fast 2 Furious (2003, dir. John Singleton) When I first saw 2 Fast 2 Furious opening day in 2003, I thought it was an especially brainless and disappointing follow-up to the original Fast & the Furious, a B-movie done with total sincerity and skill. Revisiting the movie in the run up to Fast Five a few years back, I discovered that its brainlessness and willingness to be a different movie than its predecessor are its greatest assets. The sequel is a brightly colored buddy cop comedy in which Paul Walker (RIP) and Tyrese Gibson (#hongry) run around Miami, saying and doing stupid shit. It's so entertaining. This is often named as the franchise low point; for me it's the most underrated entry in the series. 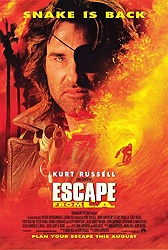 Escape from L.A. (1996, dir. John Carpenter) Carpenter and Kurt Russell reteam for the sequel to their classic Escape from New York and the results are a whole lot sillier and more deliberately campy. The basic story remains the same -- minus the change of locale, the title suggests as much -- but the set pieces are a ton of fun. Plus, the supporting cast includes Pam Grier as a transgender gangster named Carjack Malone, Steve Buscemi as a street hustler and Bruce Campbell buried under prosthetics as the grotesque Surgeon General of Beverly Hills. Sure, some atrocious early CG dates the movie, but the people who dismiss it as one of Carpenter's misses are missing the point. 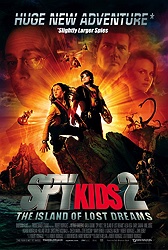 Spy Kids 2: Island of Lost Dreams (2002, dir. Robert Rodriguez) This terrific follow-up to Robert Rodriguez's surprise kids movie smash Spy Kids might represent the zenith of the director's brand of home-movie approach to filmmaking. He wrote it, directed it, edited it, shot it, co-wrote the score and even farmed out the visual effects to his own company, the just-launched Troublemaker Studios. The mix of CG and stop motion is great and the movie is bursting with imagination. The first film is cute, the latter two sequels unwatchable, but Island of Lost Dreams is something special. 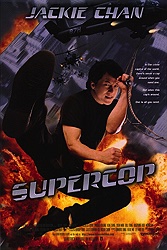 Supercop (1992, dir. Stanley Tong) Otherwise known as Police Story 3. Jackie Chan and Michelle Yeoh team up for a super entertaining action movie in which the two team up to take down a drug ring. I've only ever seen the American cut of the movie that was distributed by Miramax in 1996, but even that one has great energetic fight scenes, incredible stunts and the usual lame story that accompanies most Jackie Chan joints. It's almost wall to wall fun.
Posted by Patrick Bromley at 12:00 PM