This week, what they really wanna do is act. 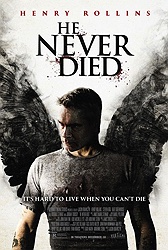 He Never Died (2015, dir. Jason Krawczyk) I enjoyed this horror sort-of comedy when I saw it last summer at the Bruce Campbell Horror Fest in Chicago, and I enjoyed it again when I reviewed it during its limited release last December. Sure, it's a little shaggy and a little meandering, but it gives what is the absolute role of a lifetime to Black Flag/Rollins Band frontman and spoken word guru Henry Rollins, whose performance alone makes this a must see. As a longtime fan of Rollins in all of his various walks of life, I've never seen him in a role so perfectly suited to who he is both on and off camera. This one just showed up on Netflix. It's worth your time. 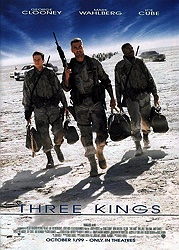 Three Kings (1999, dir. David O. Russell) Remember 1999? In one of the best years for movies EVER it really seemed like David O. Russell was going to be one of the greatest voices of cinema's new wave (which also included Paul Thomas Anderson, David Fincher, Spike Jonze and Alexander Payne, all of whom released great movies that year). Russell's Three Kings wasn't just one of the best movies of that impossibly strong year, but remains one of the all-time best war movies period. It is a masterpiece. How did the guy who made this movie become the Russell making movies today? Whatever. All I know is that Three Kings is brilliant -- angry, funny, absurd, moving and made by a guy with real vision (even if he was an asshole in the process). Sure, Ice Cube's performance is the least interesting in the movie -- he's fine -- but if his presence in the cast means I can recommend the movie as part of this week's theme, I'll take it. This is a masterpiece. 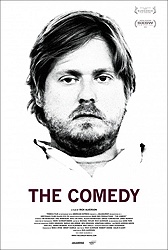 The Comedy (2012, dir. Rick Alverson) An unusual indie film starring Tim Heidecker (of Tim & Eric Awesome Show, Great Job! fame) in an incredible dramatic performance as an unredeemable asshole. That's pretty much it. We get to watch him be an asshole again and again and again. It's crazy uncomfortable to watch, but so well observed and acted that it all works. LCD Soundsystem's James Murphy has a supporting role as one of Heidecker's friends. This movie plays like a horror film (at times quite literally) about what happens when ironic hipster detachment goes unchecked. 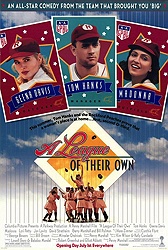 A League of Their Own (1993, dir. Penny Marshall) I wrote about this movie a few weeks back as part of a 24-hour Tom Hanks marathon. There's not a ton I'll add to that as part of this recommendation except to say that it's one of the only movies (Desperately Seeking Susan being the other) that knows how to use Madonna as an actress. Her casting isn't a stunt, nor does she take over the movie the way she does in, say, Dick Tracy. She just does a solid comedic character part. She's good. The movie's great. 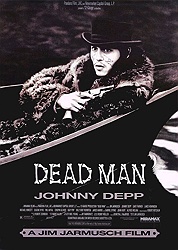 Dead Man (1995, dir. Jim Jarmusch) Jim Jarmusch's black and white existentialist western isn't to all tastes -- like a lot of Jarmusch movies, it sometimes seems like it goes out of its way to be eccentric -- but for those willing to accept the movie on its wavelength, it's pretty incredible. Johnny Depp plays a pacifist accountant who ends up killing someone in self defense, then spends the rest of the movie outrunning assassins while slowly dying from his wounds as he crosses the frontier. The movie comes from a time when Johnny Depp made legitimately interesting choices in eccentric movies, not horrible choices trying to force his own eccentricity in big Hollywood movies. The cast is full of amazing faces, too, among them Iggy Pop and Butthole Surfers frontman Gibby Haynes in a small role. 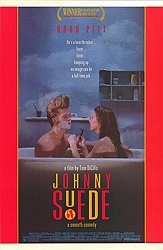 Johnny Suede (1991, dir. Tom DiCillo) Speaking of Jim Jarmusch, his former cinematographer Tom DiCillo made his directorial debut with this 1991 comedy about a wannabe rock star (Brad Pitt) whose worldview is challenged when he meets Yvonne (Catherine Keener, getting on my radar for the first time). This is a movie very much of its time, when the festival movie first began to pick up mainstream attention. It's small and it's quirky and not all of it works, but it announces a specific voice in DiCillo and Catherine Keener is, no surprisingly, really great. Musician Nick Cave has a small role. Apparently DiCillo struggled working with Pitt on the movie and based James Le Gros' character in his follow-up, Living in Oblivion, on the actor. If you've seen that movie -- and you should -- it's not a particularly flattering portrait.
Posted by Patrick Bromley at 12:00 PM