I still love My Big Fat Greek Wedding even though I probably shouldn’t.

In 2002, My Big Fat Greek Wedding grew out of obscurity and into a pop culture phenomenon but since then I feel that it’s been unfairly derided. This movie suffered from a massive backlash in my perception. If you tell a person in 2016 that My Big Fat Greek Wedding made an impression on you, you are looked at like you just said your favorite band is Nickelback. It’s decidedly unhip to like this movie. I think it’s a fascinating case of a movie going from being under-appreciated to over-exposed and then back to underappreciated. Can you think of any other movies that have boomeranged around like that in terms of public perception? 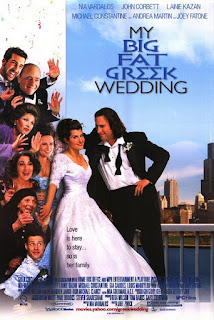 With My Big Fat Greek Wedding 2 on the verge of release (it looks terrible), I decided to revisit the first one and see if my appreciation for the movie was still as strong as I remembered. After all, it had been probably 10 years since I’d seen it and maybe the trailer for Part 2 looking as bad as it does was indicative that I was tricked the first time around -- i.e. I’ve changed a lot as a viewer since the original came out in 2002. To my relief, I still love My Big Fat Greek Wedding. I think it’s a charming and funny comedy in the spirit of dinner theater (like Chicago’s once long-running Tony and Tina’s Wedding, for example) that has a lot of the specificity of a passion project and is filled with great character moments. This is a movie filled with authorship. The fact that writer-star Nia Vardalos never has come close to reaching the same heights again is sort of similar to when a band has all their life to create a great first album but then never repeat the same success with a follow-up. But that doesn’t mean the first work is any less great.

My Big Fat Greek Wedding is far from perfect. It’s broad like a sitcom (it’s directed by Joel Zwick who did a lot of Full House episodes), filled with peculiar details (She still lives at home? She’s supposed to be 30 years old?) and sometimes leaden line delivery (mostly Vardalos, who is not easy screen company), but it’s infused with such charm and goodwill that those elements outdo (I’m not going to use the word “trump”) the more problematic ones for me. I like that the movie knows its characters inside and out and is a great hangout movie akin to a celebration amongst friends. It’s also a movie you should take notice of because it’s filled with great comedic performances led by Michael Constantine, Andrea Martin and Lainie Kazan. Say what you want about the movie, but you can’t deny that those three play the shit out of these roles. Also, if I could be any guy, I would want to be John Corbett. I don’t know. It’s the voice. #I’mWeird 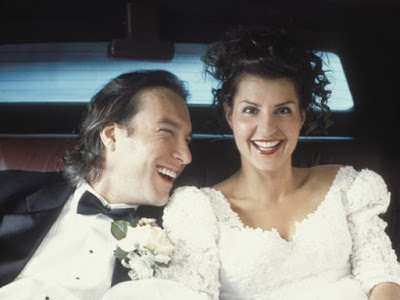 This movie is like a tonic for me. To be honest, I was worried about revisiting it because I was afraid that my affection for it was predicated on the fact that it was released during maybe the best summer of my life (I was head-over-heels in love), but to my relief my enjoyment of the movie was genuine and not just based on nostalgia alone. It has a great energy to it and I love how seriously the movie treats the family dynamics to having a relationship with an outsider to your faith or culture. It’s super important for your family to be in favor of the relationship, otherwise things can get tainted and tumultuous between the couple. And this movie’s message of inclusion and throwing away the old guard is beautiful and refreshing. It’s, in a way, an important movie about loving your family and about how your family should love who you love because you love them.

I’m fine with you if you hate this movie. You are entitled to dislike whatever you want for many reasons; however, I think this movie is hated on a lot because it’s something people think they’re supposed to hate. It’s so weird to me that a movie that was such a word of mouth success when it was released (it played in theaters for nearly a year, which never happens anymore) has become such a punching bag for a vocal minority (or maybe a majority) in the film community. It’s like Forrest Gump in that way, aka “How dare it win the Oscars?” In the case of My Big Fat Greek Wedding, it’s like “How dare it be so successful?” Why do we put things on a pedestal only to savor to take them back down? 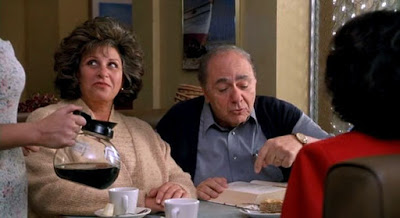 For whatever it’s worth, I just want to say I love this weird little indie. It’s entertaining and kind to the extent where it’s imperfections seem charming to me. It makes me feel great when I watch it and, at the end of the day, what more can you ask for as a movie fan? It’s a movie I plan on watching much more often now since I am no longer afraid to revisit it. I could watch it an indefinite number of times because it’s like drinking a bottle of Coke – it’s a quick, sugary rush. Here’s hoping the sequel isn’t total shit.* I think I’m more excited to see My Big Fat Greek Wedding 2 than Batman v. Superman: Dawn of Justice actually.

*It probably will be shit since almost all comedy sequels are, especially ones that are released over a decade after the original movie.