This week, we look at the man, the movie, the myth… The Big Lebowski. Many films become cult sensations; this film spawned a religion. Yes, the Pope of Film takes this very seriously. 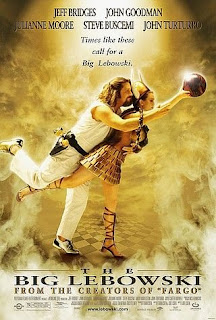 The Pope does not wish to tread on anyone’s sandal-clad toes here, but are there any two more hit-or-miss modern filmmakers than the Coen brothers? Their great films are superlative; their lesser films are ambitious but soul-crushing messes. Are there Coen films in between? If their films were train cars, we would be looking at only engines and cabooses?

In the world of film, it does not get any better than Blood Simple, Raising Arizona, Miller’s Crossing, Fargo, Oh Brother Where Art Thou, A Serious Man, True Grit, Inside Llewyn Davis, and the film I will be discussing here, The Big Lebowski. We shed a tear, our heart sinks, and we are wounded by our dashed expectations when recalling The Hudsucker Proxy; The Man Who Wasn’t There; Intolerable Cruelty; The Ladykillers; Burn After Reading; and Hail, Caesar! When the Coens are great, they have no equal. Thank God that The Big Lebowski is great. 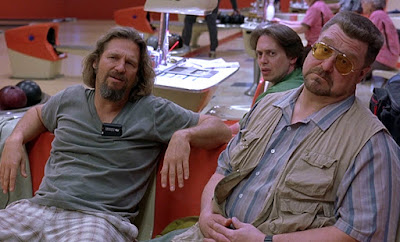 The Plot In Brief: Jeff “The Dude” Lebowski (Jeff Bridges) is the victim of a robbery during which his area rug is stolen. He theorizes that the robbers actually meant to burglarize the home of an older, richer Jeffrey Lebowski (David Huddleston) who lives nearby, and so pays the elderly man a visit to ask for recompense. The elder Lebowski refuses, but realizes that The Dude might be of some service to him. The older Lebowski’s wife Bunny has been kidnapped; the Dude just may be the right man to deliver the ransom. To help navigate this dangerous task, The Dude brings along his bowling league partner Walter Sobchack (John Goodman).

The kidnapping case gets more and more confusing, eventually encompassing a web of deceit involving Nihilists, a marmot, a California pornographer, a severed toe, a performance artist with a ticking biological clock, and late-night meals at In-And-Out Burger.

Am I the only one who experiences the following phenomenon with certain films? Re-watching them (in some classes multiple times), I find I can’t remember what comes next. Perhaps this is a result of the Pope’s aging, boozy brain, but I can never predict the next scene in The Big Lebowski. Every single time I watch it-—and I have watched this baby plenty—it is like watching a brand new film with strangely familiar characters. This is not a criticism! In the case of The Big Lebowski, it’s a testament to the Coens’ inventive plotting and sharp ear for offbeat, character-driven dialogue. No matter how often I watch it, this movie seems fresh, funny, and new.

As the infallible Pope, I am ashamed to admit that, until I read the magnificent BFI monograph on The Big Lebowski by J.M. Tyree and Ben Walters, I never realized that the film is the Coens’ take on Raymond Chandler film noir. Certainly, the sunny California setting threw me off the scent here, but I mistook it for a simple, good-natured stoner fantasy. Tyree and Walters argue persuasively that the film is, in fact, a fairly standard noir: there is intrigue, crime, and double-crosses, and nothing is what it appears to be on the surface. The Coens just use the goofy, hapless Dude as the “noir sap” at the center of it all.

Lebowski features a parade of great character performances by Coen Brothers regulars John Goodman, Peter Stormare, Jon Polito, and John Turturro. It also features actors new to the Coen universe: Julianne Moore, Steve Buscemi, David Huddleston, Philip Seymour Hoffman, Tara Reid, Flea, David Thewlis, Sam Elliot, Ben Gazzara, and Jeff Bridges. Years ago, writing about the Peter Weir film Fearless, I suggested, “The Big Lebowski and Fearless are Jeff Bridges' two finest performances. Max Klein and Jeff Lebowski have nothing in common—they do not look, act, dress, talk, react, dance, eat, drink, or kiss in the same way—yet these movies were released only five years apart. This is testament to Bridge's range. It is more than a mere ‘lose yourself in the character or costume or makeup’ stunt; both characters are still recognizably Jeff Bridges. This is a hard quality to describe... perhaps it’s a combination of talent and presence.” 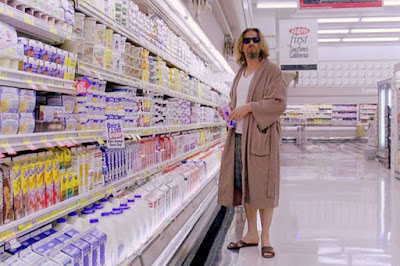 Listening to Howard Stern interview Bridges recently on his Sirius/XM radio show, I began to think that perhaps “The Dude” is the closest that Bridges has ever gotten to playing himself… or the public persona that he has carefully crafted over four decades?

I wrote this in the Fearless column, and I state it emphatically here: Jeff Bridges has never phoned it in. The man has made 71 movies and is consistently compelling. You want range? King Kong, Heaven's Gate, Tron, Starman, Jagged Edge, Tucker: The Man and His Dream, The Fisher King, The Door in the Floor, Crazy Heart, True Grit, and more.

The Big Lebowski has also spawned a cultural event, Lebowski Fest, now in its 15th year and celebrated in more than a dozen states. The Pope has actually visited the bowling alley that hosted the first-ever Lebowski Fest in Louisville, Kentucky, across the street from the hotel that hosts Wonderfest year after year. Lebowski Fest is typically divided into two nights: the first features a screening of the film and the second is held in a real bowling alley. Participants dress as the characters, recite dialogue from the film, drink White Russians, and bowl. This sounds like a religious ceremony to me. Visit their website—you can purchase bowling shirts, “Dude” pants, bumper stickers, human toe key chains, nihilist beanies, and coffee mugs.

We can see why this film would lead to permanent cult status and a festival/religion springing from its celluloid ashes; it has a shit ton of memorable, quotable dialogue, which I intend to quote again right here. The faithful among us can all refer to page 54 in your Lebowski hymnal…

The Dude: “Well, sir, it's this rug I had. It really tied the room together.” 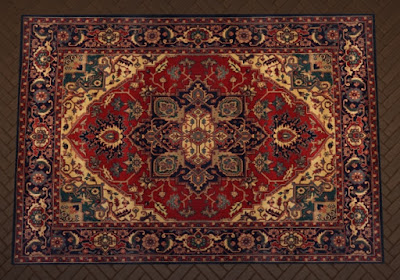 (On basic cable airings of the film, that line is changed through overdubbing to be “You see what happens when you find a stranger in the Alps?!”)

The Dude: “Look, let me explain something to you. I'm not Mr. Lebowski. You're Mr. Lebowski. I'm The Dude. So that's what you call me. That, or His Dudeness … Duder … or El Duderino, if, you know, you're not into the whole brevity thing.”

Jesus Quintana: “HEY! What's this day of rest shit? What's this bullshit? I don't fucking care! It don't matter to Jesus. But you're not fooling me, man. You might fool the fucks in the league office, but you don't fool Jesus. This bush-league, psych-out stuff—laughable, man—HA HA! I would have fucked you in the ass Saturday. I fuck you in the ass next Wednesday instead. Wooooo! You got a date Wednesday, baby! [….] Nobody fucks with the Jesus.”

Walter Sobchack: “You want a toe? I can get you a toe. Believe me. There are ways, Dude. You don't wanna know about it, believe me […] Hell, I can get you a toe by 3 o'clock this afternoon … with nail polish. These fucking amateurs … They send us a toe, we're supposed to shit ourselves with fear—Jesus Christ!”

Walter Sobchack: “You are entering a world of pain!”

The Pope cannot even estimate the number of times he has used that last one in his own personal life. 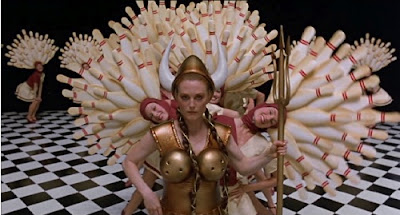 The Big Lebowski’s Three Miracles: Jeff Bridges’ performance in the title role, the unexpected musical number set to "Just Dropped In (to See What Condition My Condition Was in)"; and a rug that really ties the room together.

You don’t even need to take The Pope’s word for it that The Big Lebowski is a wonderful, must-see film. Our own Patrick and Doug did a terrific podcast on this movie that is worth another listen. More evidence that it must be great: people the world over like to dress as its characters, get drunk, bowl, and ABIDE.