Some Love for Movie Lovers 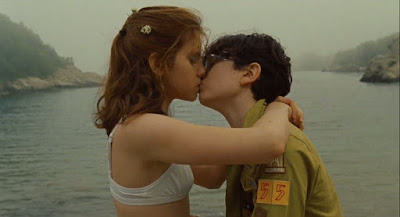 Since it's Father's Day (I know this is posting on the Monday after Father's Day), I thought I'd hijack the site in honor of Patrick. He will hate, hate, hate what I am writing, so this may not get published at all! But I figure it's worth a shot. Think I can sneak this by him?

Patrick is humble to a fault - he's so uncomfortable with compliments or "the spotlight" that he sometimes doesn't even take credit for things. I'm writing today just to give him some credit. He works so hard - at running F This Movie!, at working his day job, at taking care of our kids, at loving me (he'd say that's easy, but let's be real!) - he definitely does not get enough sleep but never slows down. He spends so many hours working on the site just on behind-the-scenes things - things I would NEVER think about if I did not live with him! And then of course there's the writing, which takes even more time. It's so cool to see someone doing something they absolutely love and are incredibly good at doing. This just all makes so much sense to him. I love that he's always thinking about his FTM! readers; he truly feels honored that anyone reads and follows, and he's thankful for the many, many kind, smart, funny, talented people we've met just from having the love of movies as a common interest. The Internet can be a cruel, cruel place, but the FTM! audience approaches everything with open-mindedness, compassion, and heart. 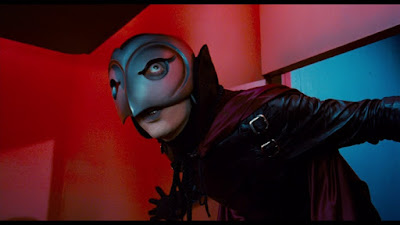 His creativity and ease with words are evident in everything he publishes here, and they show in his 'real' life too. He's so smart and quick, logical and level-headed, patient and understanding. He's also super sarcastic - which makes for great jokes! But for as much as he is often joking, I love that he takes the job of running this site very seriously. Everything is well-thought out. Planned in advance (except for this surprise piece!). Shared to inspire someone to seek out a film he/she wouldn't have heard of otherwise. Created to invite spirited and positive discussion. It's movie love for movie lovers.

Patrick's mom once showed me an assignment he completed in his kindergarten class. It's understandable why she held on to it - it showcased his perfect handwriting (even at age 6!) and represented a bit of foreshadowing: on it he wrote both about his love of movies and wanting to be a writer. Since then, he's spent a good portion of his life watching movies, reading about movies (and just reading in general - ask him what his favorite Father's Day gift was this year!), talking about movies, and writing about movies. But he never brags about his knowledge. Never talks down to people who know less than him. Never thinks he's cool for knowing so much. Never makes excuses for loving the movie Kuffs. 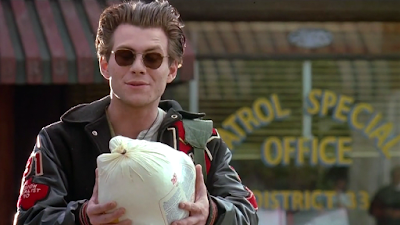 Please forgive my schmoopiness. For just one day of the year, I wanted to share my love of our favorite critic/movie-lover. Now back to our regularly scheduled programming. We have Westerns to discuss.
Posted by Patrick Bromley at 12:00 PM