A gang of outlaw cowboys disguised as federal troops ride up to a railroad office. The film’s opening credits begin, alternating with scenes of their bold robbery. Outlaw leader Pike Bishop shouts, “If they move, kill ‘em!” and the final credit appears on screen: “Directed by Sam Peckinpah." 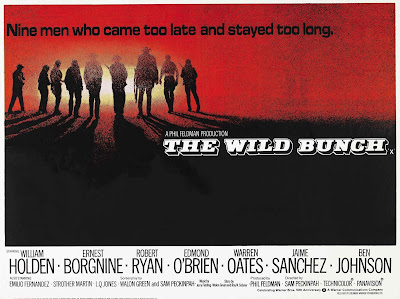 The Wild Bunch is a 1969 Western that marks some important Hollywood beginnings and ends. The film was groundbreaking in its use of quick-cut editing for its scenes of graphic violence. While the violence on screen is important to the film’s themes and not simply exploitative, the film polarized audiences at the time of its original release. Indeed, the violence is so explicit that when Warner Brothers prepared an extended director’s cut for theatrical rerelease in 1995, the MPAA slapped it with an NC-17 rating, even though none of the added footage featured additional violence.

The Plot In Brief: A “wild bunch” of aging bandits travel to a Texas town, lured by the promise of a poorly guarded railroad payroll. Pike (William Holden) is the leader of the group and makes all the decisions. His right-hand man is Dutch (Ernest Borgnine). We sense the two have been together for a very long time. The Gorch brothers, Lyle and Tector (Warren Oates and Ben Johnson) and Mexican native Angel (Jaime Sanchez) are more recent additions to the gang. 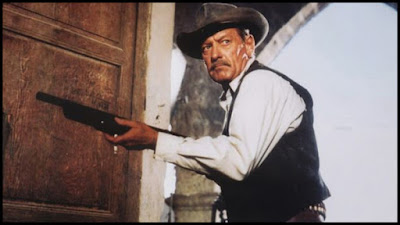 After shooting their way out of the railroad office robbery, our anti-heroes escape to Mexico. Hot on their trail is a misbegotten posse of mercenaries assembled by Harrigan (Albert Dekker), a corrupt, hateful railroad detective Former member of the bunch, Deke Thornton (Robert Ryan) leads the posse, which is composed of despicable, drunken white trash who kill and rob their quarry.

The bunch rides into a town run by Mapache, a Mexican warlord fighting against the forces of Pancho Villa. Mapache and his soldiers convince the bunch to rob a train containing arms intended for U.S. troops. The bunch commits the exciting robbery flawlessly. Just when it looks like the bunch might actually complete “one last big score,” all hell breaks loose in the most violent finale in motion picture history.

The Wild Bunch also signals the virtual end (for a time, at least) of Westerns as a viable genre in Hollywood. Though filmmakers continue to produce Westerns—and every ten years or so there are always the signs of a modern resurgence—I do not feel I am overreaching to suggest that The Wild Bunch serves as the symbolic tombstone-in-the-desert of the classic Hollywood Western. Its themes of growing older and “the end of the road” only serve to make this distinction more richly ironic. 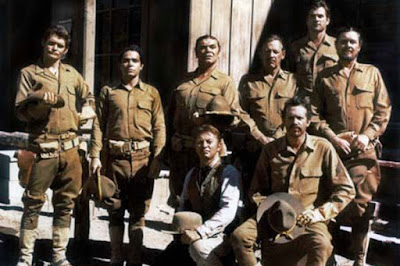 In addition, The Wild Bunch serves as the pinnacle and effective end of director Sam Peckinpah’s career. The film’s great success revived his career, which had been moribund since he was replaced as director of The Cincinnati Kid, but Peckinpah would never top what he achieved with The Wild Bunch: memorable characters, terse and iconic dialogue, epic cinematography, sprawling narrative, state-of-the-art editing, and themes that summarize the director’s entire career. As with Hitchcock’s Psycho—Hitch’s greatest film and the one that could not be topped—I wonder if Peckinpah knew that, despite directing ten more films, The Wild Bunch would be his “last hurrah.” I am not knocking Peckinpah’s post-Bunch output; The Ballad of Cable Hogue, Straw Dogs, The Getaway, and Bring Me the Head of Alfredo Garcia are all excellent films, but The Wild Bunch is a bona-fide masterpiece.

The fact that The Wild Bunch signals the “tipping point” of Peckinpah’s career adds extra richness and relevance to one of the greatest final lines in cinema history. Surveying the future after the film’s famous climactic massacre, elderly Freddie Sykes (Edmond O’Brien) concludes, “It ain’t like it used to be, but it’ll do.” 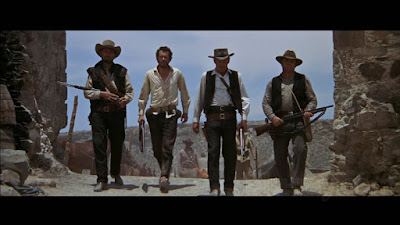 Two years ago, I wrote about The Wild Bunch and opined that the film’s two major themes were honor and betrayal. While I still believe the film explores those themes, I now feel that the overriding themes are aging and loss. The wild bunch is facing the end of the trail; they are no longer young men, they suffer from past injuries, and at one point Pike even says, “We've got to start thinking beyond our guns. Those days are closing fast.” Of course, this may simply reflect my wandering subjectivity as I view the film in different ways over the course of many years. I am currently staring at retirement in about a year, and I am wondering what it will be like to finally “hang up my spurs and guns.” Unlike the wild bunch, it is not my intention to go down in a hail of gunfire and glory.

I would also like to reconsider my early quibble about the film’s forced camaraderie among the men being the film’s weak point. I have since caught a theatrical screening of the film (a magnificent 70mm print of the film’s 1995 restoration, screened during the Music Box Theatre’s recent 70mm Film Festival) and I saw that the “laughing scenes” with which I took issue play very differently in a packed theater. Like the Marx Brothers films A Night at the Opera and A Day at the Races, which were edited to account for audience laughter, The Wild Bunch was designed for an audience in a theatrical setting. Seen in this proper setting, scenes designed to establish the bunch’s joyful bond work just fine and do not come across as forced at all. I was wrong. 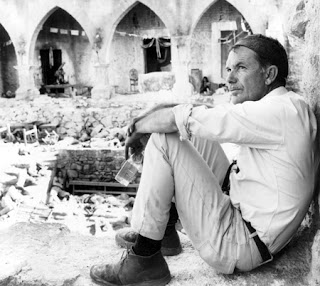 The Wild Bunch’s Three Miracles: Every frame of the film drips with Peckinpah’s personality and skill, from framing and blocking to writing and editing (the second act train robbery sequence is a masterclass in visual storytelling and acute editing); the iconic road-weary and wise performance of William Holden as Pike Bishop; and the beauty and authenticity of the film’s locations in Mexico. The film is a breathtaking visual document, which reminds us again why Martin Scorsese always calls them “pictures.”