This is the Western my students always liked the least…

… which bothered me to no end because, as my former University of Illinois film professor David Desser* was fond of saying, “You cannot claim to love film and NOT love Westerns.” He was right, and The Wild Bunch is one of the easiest Westerns to love..

I always felt that, in my students’ eyes, The Wild Bunch had one big strike against it because one of its prominent themes is age and mortality. As I approach retirement, this theme appeals to me immensely. My students found it (and me) a disagreeable bore. Kids, I have news for you: Death comes for everyone. Also, quiz on Friday.

In the movie’s defense, I used to point out to my students that The Wild Bunch has been selected for preservation by the Library of Congress for “its cultural, historical, and aesthetic significance.” The Wild Bunch has also been included on two Important Lists created by the American Film Institute: it ranked sixth on the list of the Ten Best Westerns Ever Made and 80th on the list of the 100 Best Films of All Time. “What makes you think those old men at the Library of Congress and the American Film Institute know anything?” my students would argue. Then they would LOL and instant message and tweet duck-face selfies, and part of me would die. 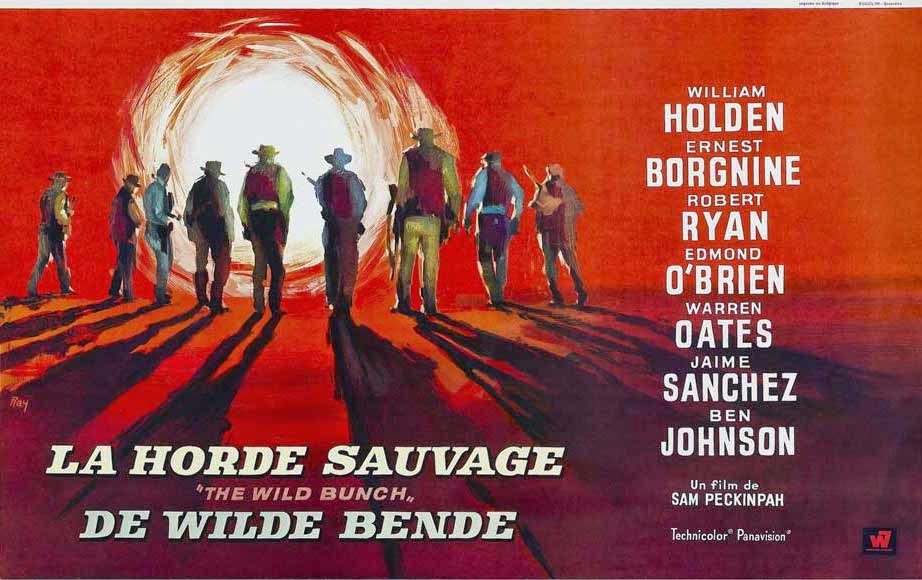 I thought the film’s violent opening sequence, thrilling railroad robbery, and savage finale might appeal to them, but I was wrong. My students insisted they had seen more violent movies in the past, but when pressed, they could not name a single title. It was a conversation I would find myself having semester after semester:

Me
“Then what is more violent? What film have you seen that is
more violent than the climactic bloodbath in The Wild Bunch?”

I can’t fight that kind of logic. And then one of them would shoot me.

The Wild Bunch is famous for its groundbreaking depiction of violence, and not just by 1969 standards. When the restored director’s cut was released to theaters in 1993, the MPAA changed the film’s original R rating to an NC-17. Many theaters now have clauses in their leases that prevent them from showing X-rated or NC-17 pictures; after the new rating was announced, negotiations hurriedly ensued between Warner Brothers and the MPAA to get the rating back down to an R. 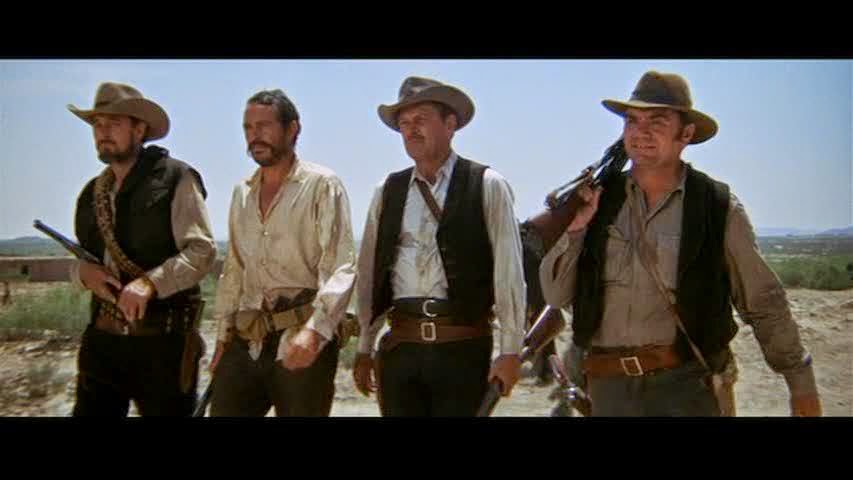 The Plot In Brief: A “wild bunch” of aging bandits travel to a Texas town, lured there by the promise of a poorly guarded railroad payroll. Pike (William Holden) is the leader of the group and makes all the decisions. His right-hand man is Dutch (Ernest Borgnine), who we sense has been a part of this bunch for a very long time. The Gorch brothers, Lyle and Tector (Warren Oates and Ben Johnson) and Mexican native Angel (Jaime Sanchez) complete the merry band.

After shooting their way out of the payroll robbery, the bunch escape to Mexico. Hot on their tails is a rag-tag posse assembled by the railroad and led by former member of the bunch, Deke Thornton (Robert Ryan).

The bunch rides into a town run by Mapache, a Mexican warlord fighting against the forces of Pancho Villa. Mapache and his minions convince the bunch to rob a train containing arms intended for U.S. government troops. The bunch commit the exciting robbery flawlessly, but just when it looks like our movie anti-heroes will actually complete “one last big score,” all hell breaks loose in the most violent finale in motion picture history.

What I like most about the film are its themes of honor and betrayal. The Wild Bunch guys, for all their bloodthirsty avarice, represent the only admirable characters in the picture because they are the only characters to have a code. Sticking with your comrades until the bitter end is a constant theme; as Pike Bishop explains early on, “When you put in with a man, you put in with him until the end. Otherwise, you’re like some kind of animal.”

QUIBBLE: The film does have one flaw: in trying to establish the group’s easy camaraderie, Peckinpah often overstates his case by showing the bunch laughing hysterically together over something inane. I understand the desire to show the men united by laughter, but if that’s the intent, make sure that the provocation is honestly amusing. “Gorch didn’t get no booze” just ain’t gonna cut it.

By rejecting The Wild Bunch out of hand, I always thought my students were missing the big picture. Though the movie is ostensibly about an aging group of men chasing a “last round-up” experience before they—and the untamed frontier that shaped them—are gone, The Wild Bunch explicitly speaks to youth and the choices that young people are called to make:

•    Director Sam Peckinpah focuses on children throughout the film. For example, when the Bunch rides into town for the film’s opening robbery sequence, they pass a group of children torturing a scorpion in the noonday sun.

•    During every major action sequence, Peckinpah goes out of his way to portray children put in harm’s way by the violence around them.

•    In Angel’s burned-out village, an old man recites a short monologue about how “all of us wish to be children again, perhaps the worst of us the most of all.”

Sam Peckinpah’s The Wild Bunch is one of the greatest films of all time. In its themes, performances, and vision, the film is one of the few true masterpieces of the Western genre. If you disagree, I will be forced to grab this new Gatling gun and fill you full of holes.