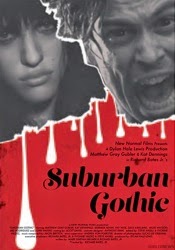 Ghosts can be such dicks.

From its opening credits forward, writer/director Richard Bates Jr.'s sophomore effort Suburban Gothic is a supremely confident movie. Bates knows just who he is as a filmmaker and has made just the movie he wants to make -- one that's winning and funny and says something about a generation unable to fully grow up. It's a movie that's three quarters formalist polish and one quarter rough edges, and that combination is something special.

Like his first movie, 2012's Excision, Suburban Gothic focuses on a misfit who feels out of place everywhere, including (perhaps especially) within his own family. He's Raymond (Matthew Gray Gubler), recent MBA graduate forced to move home with his parents when he can't find a job. Home is exactly how he left it: his prick of a father (a very funny Ray Wise) constantly picks on him, his loving mother (Barbara Niven) dotes, the locals all remember him as the fat kid he used to be and, worst of all, the ghosts he used to see growing up seem to have returned. Together with Becca the sarcastic bartender (Kat Dennings, because of course it is), Raymond must figure out why his house is being haunted and do something about it before someone he cares about gets hurt...or worse. 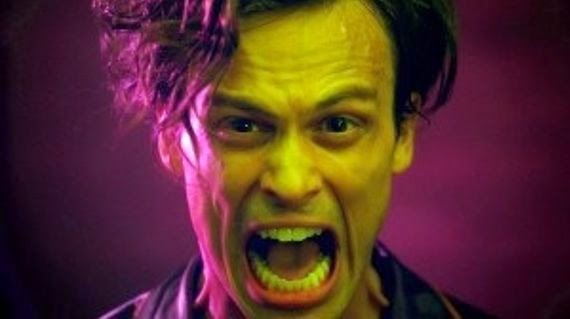 Watching Suburban Gothic, the movie that kept going through my mind was Ti West's The Innkeepers. It's not just because like West, Bates writes really likable characters or combines comedy with lighthearted scares. It's in the way that Bates and his co-writer Mark Bruner, like West in his film, use the haunted house movie as a metaphor for being trapped in life -- stuck between youthful immaturity and adult responsibility like a ghost caught between the land of the living and the dead. Raymond is a guy who thought he had escaped his childhood by leaving his home town, but the truth is that its specter continues to haunt him as an adult: his father's disappointment, his use of food as a coping mechanism, his anger and resentment towards the people that teased him. He may have moved away, but he hasn't moved on.

So much of the movie is dependent on Gubler's performance -- nothing works if he doesn't -- and luckily he's up to that challenge. I suspect there are some audience members who won't warm to Raymond and will blame that on Gubler's sardonic deadpan and hipster style, failing to recognize those things as character choices and not necessarily a function of the performance. True, Raymond isn't always easy to like; much as we're on his side and charmed by his "no one else sees the bullshit I see" outlook, he can be insufferably smug and pretentious. Again, that's by design. Raymond's prickliness is announced as soon as we see him: the giant, Tim Burton-esque sweep of hair on his head that couldn't have taken a short amount of time to style, the insistence on accessorizing with scarves. He's a guy who has carefully cultivated a very specific persona, and it's one from which he isn't willing to part without putting up a fight. Gubler's performance doesn't make apologies for Raymond and doesn't shy away from the more difficult aspects of the character, but also manages to make him incredibly fast and funny and likable. 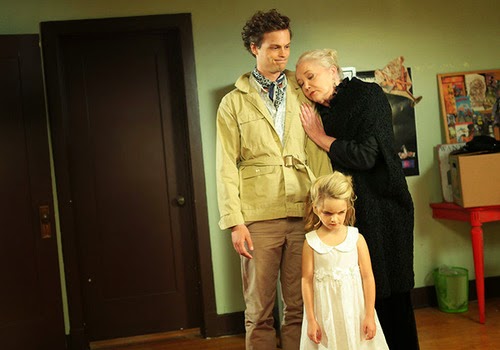 He's ably supported by Barbara Niven doing a strangely sexy variation on June Cleaver, Kat Dennings doing the same thing Kat Dennings is always hired to do and fun cameo appearances from Sally Kirkland, John Waters and even a quick, wordless shot of Jen and Sylvia Soska. It's Ray Wise, however, that proves to be the MVP of the supporting cast -- he's funnier and more dialed in here than anything he's done in at least a decade. Wise is often cast as a kind of shorthand -- he's called upon to play the "Ray Wise parts" -- but Suburban Gothic gives him all kinds of stuff to do that we don't usually get to see. He's funnier here than he's ever been, but not in his usual devilish way; there's an absurdist streak that runs through is antagonistic exchanges with Gubler (some of which were apparently ad-libbed) that consistently scores off-kilter laughs. I'm not sure the movie ever decides if his character is a father who means well but can't help being a prick or if he really is an unapologetic son of a bitch, but I'm not sure it ultimately matters. Those kinds of questions aren't always resolved in our own lives, either.

Though he's working on a very small budget (a fact betrayed by a few moments of sketchy CGI), Bates doesn't settle for the kind of point-and-shoot approach employed by so many filmmakers making movies with similar means. He makes very specific choices about the look of the film, part controlled movement and part static two-and-three shots. There are moments I wished he would open up his frame a little -- actors are photographed so tight that it doesn't seem like the world they inhabit expands beyond the scope of a given shot -- but his formalistic flourishes more than make up for it. There's one shot in particular that he repeats several times throughout the film: the camera tracks across each of the main characters and specific intervals, each time revealing something about their emotional states and where they are in the story. It's reminiscent of Wes Anderson (it's shot through a removed wall) but still feels very much in Bates' style. Everything about Suburban Gothic feels very much in Bates' style. 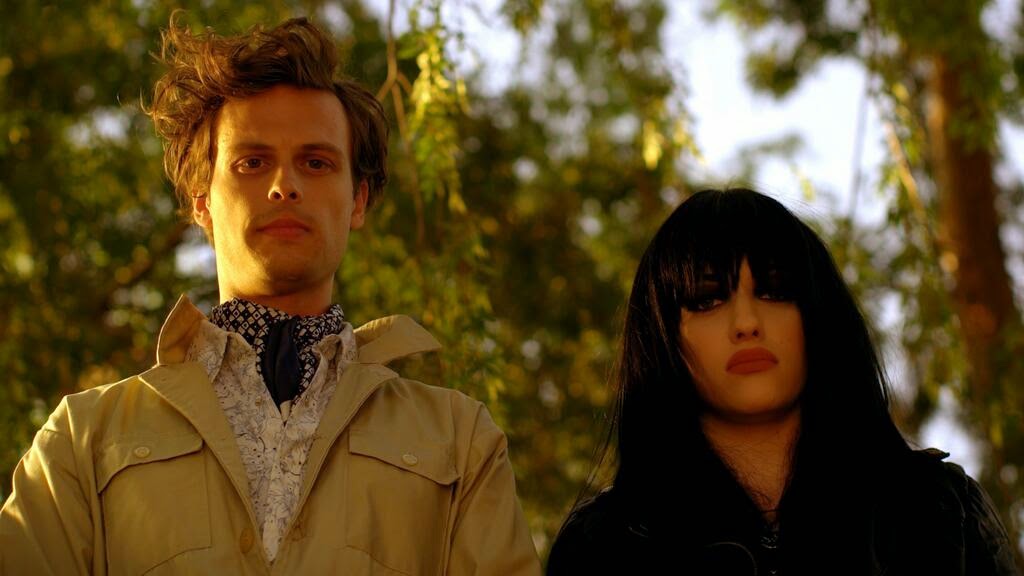 Horror comedies rarely feel personal. Even the good ones are much more about servicing the two genres -- combining laughs with scares or laughs with gore -- than about really being an extension of the filmmaker. Suburban Gothic feels intensely personal, even if it's not downright autobiographical (though I suspect there are more than a few moments drawn from Bates' own life). Its every frame feels like an extension of its filmmaker. Contemporary horror is very much auteur-driven, but it's rare to find a filmmaker this well-defined by only his second movie.

Bates has said he made Suburban Gothic specifically to have fun shooting a movie with his friends and to create something that felt like the movies he watches when he wants to be cheered up. In that, he has succeeded. The movie isn't just some lightweight trifle -- it still deals with dead children and painfully strained father/son relations and a man character who harbors a lot of anger and resentment -- but it takes those things on with good nature and fun. It works better as a comedy and a character piece than it does as a horror movie, but that's not by accident. Suburban Gothic isn't really interested in ghosts. It's interested in the person who can see them. When the ghosts move on, they get to find peace. If Raymond can move on, he might just get to be happy.

Here's to Suburban Gothic, a movie that just wants us all to be happy.