Cinema Bestius: To Kill a Mockingbird

“You never really understand a person until you consider things from his point of view... Until you climb inside of his skin and walk around in it.”

I often wonder if the 1962 movie To Kill a Mockingbird has informed the world more than the novel that inspired it. Harper Lee’s novel may have been assigned in more English classes than any single work of literature other than the works of Shakespeare.

The novel is a sprawling story about two children growing up in Depression-era Alabama. Because the movie focuses, by necessity, on one episode from the book—the trial of Tom Robinson—many people regard To Kill a Mockingbird as that “racism” book or that “Civil Rights” book, when in reality the book is about all the events that can shape a person’s character. It is about the process by which the children mature—the trial section is just one incident (admittedly, a major one) that comes to define how they view the world. 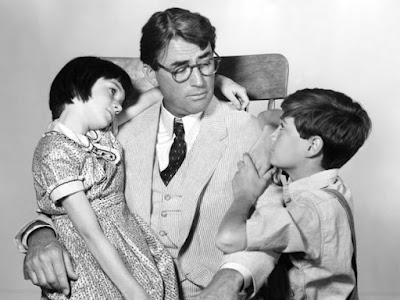 The Plot In Brief: “Scout” Finch (Mary Badham) and her brother “Jem” Finch (Phillip Alford) are growing up in Maycomb, Alabama during the waning days of the Great Depression. They’re joined one summer by their neighbor’s nephew, “Dill” Harris (John Megna).

The children have many adventures involving a scary shut-in who lives next door to them, Boo Radley (Robert Duvall in his film debut). As summer turns to fall, Scout and Jem’s father, attorney Atticus Finch (Gregory Peck) agrees to defend local black man Tom Robinson (Brock Peters), who has been falsely accused of rape. The trial and its aftermath serve to form the children’s characters and give them a glimpse of the grown-up world they are soon to enter.

Gregory Peck has never been this Pope’s favorite actor (watch him chew the scenery in both The Boys from Brazil and The Omen) but he was born to play Atticus Finch in To Kill A Mockingbird. Peck is so good as the moral center of the film, and he never resorts to overacting to make his point. Peck’s Atticus is shy and reserved, and it is this stoicism that gives his performance so much of its power. According to legend, he filmed Atticus’s famous, blistering summation speech in one take, after which the cast and crew broke into spontaneous applause. 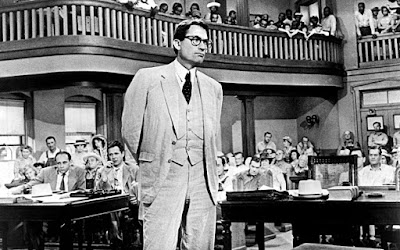 Because most Americans are only interested in the recent past, the Universal Studios Hollywood tour guides are quick to point out that the clock tower in “Hometown Square” is from Back to the Future and those houses over there were featured in Desperate Housewives. The Pope wishes that more of the tour guides would point out that the clock tower adorns the iconic courthouse from To Kill a Mockingbird and that the Finch home (redressed) is just past Wisteria Lane and The Munsters’ house (which, as you may recall, was supposedly on “1313 Mockingbird Lane”—a nod to the movie, perhaps?) I guess the tour guides just don’t have time to acknowledge an important masterpiece like To Kill a Mockingbird, between hawking Fast and Furious souvenir soda cups and showing us that hilarious Jimmy Fallon video where he reminds us to have a “tram-tastic” day.

Most disc versions of To Kill a Mockingbird also include the film Fearful Symmetry as a bonus feature. Much more than the standard “making of” documentary, the film traces the entire Mockingbird phenomenon: the writing of the book, the making of the film, and the legacy of both works. One of the talking heads in the film is a Southern lawyer who went to law school because he was inspired by the book. Fearful Symmetry is one of the best films of its kind the Pope has ever seen and comes heartily recommended. 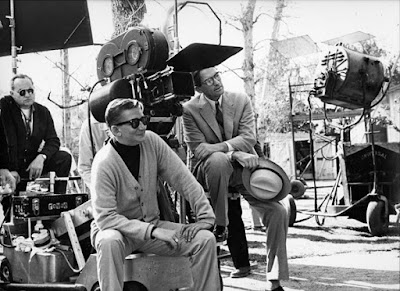 I also recommend Charles Shields’s magnificent biography of Harper Lee, Mockingbird. Shields had his work cut out for him as his subject was notoriously press shy and refused to answer any questions about her famous book. Shields interviewed almost everyone else in Lee’s life and reached several interesting conclusions. There was a time that some people believed that Harper Lee’s dear friend Truman Capote had actually written To Kill a Mockingbird and had given it to her as a kind of gift. The fact that Lee famously published only this single novel fed this theory. Turns out, Lee was a research assistant on Capote’s magnum opus In Cold Blood and conducted many of the early interviews—Lee may have had a more profound influence on Capote’s book than Capote had on hers. Most readers assume that the character of Scout is based on Lee herself, at least the childhood version of Lee. Shields makes the point that the character Lee most resembled was Boo Radley, the mysterious shut-in who never leaves the house and only wants to be left alone.

To Kill a Mockingbird reminds us that taking the unpopular but correct position is only easy in hindsight. Atticus Finch is hated in the town for defending Tom Robinson, but provides the man with a rigorous defense. While the townspeople may be too provincial to change their opinion, his children’s emerging understanding allows them, by the end of the film, to see him as a hero. As actor Kerry Washington recently pointed out on the panel show Real Time, Muhammad Ali and Martin Luther King were vilified in their time for opposing the Vietnam War and fighting for Civil Rights, but went on to become icons of the movement. Today, Colin Kaepernick is roundly criticized for exercising his First Amendment rights; will time also judge him differently? 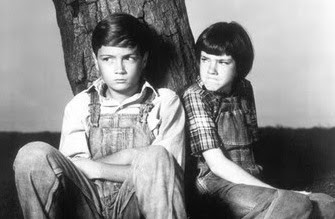 I sometimes think that the collective consciousness of the United States of America is on a permanent seven-year tape delay. When events are actually occurring, we are incapable as a nation of responding properly. With the benefit of time, we “suddenly” awaken to the truth. To Kill a Mockingbird urges us to be our better selves—to be on the correct side when events are actually happening so that we can make a difference.

To Kill A Mockingbird’s Three Miracles: Horton Foote’s clever screenplay that whittles the lengthy book into a Hollywood feature film; Elmer Bernstein’s iconic score, which is so different than all his other scores and from what other composers were doing at the time; and the performances of Mary Badham and Phillip Alford, which stand as two of the best child performances in movies. Apparently, the two kids could not stand each other off-screen.