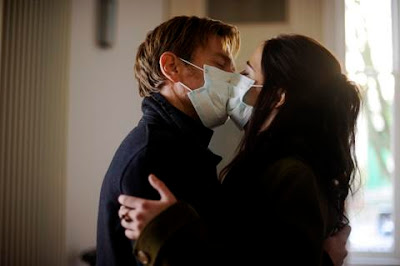 “But what does it mean, the plague? It's life, that's all.”
― Albert Camus, The Plague

More often than not, apocalypse themed movies stage humankind as the David-esque hero struggling against a greater, often mysterious, aggressor: the planet, a supernatural force, an alien race. There is alway us, the underdogs, faced with the threat of no longer having a place to call home. Sure, these dark forces threaten our sense of security and stability, but what they highlight is the idea that as long as we can stand as a united front, we've not yet lost our humanity. It’s the clarion call of the radio broadcast at the end of 10 Cloverfield Lane, the self sacrifice of The Fog, and the unlikely group of survivors in 28 Days Later. The threat is always encroaching, but humankind finds a way to keep it at an unlikely arm’s length away by uniting as one.

In Perfect Sense, however, the killer is inside the house. With the flavor of an unlikely love story between a commitment fearing chef (Ewan McGregor) and a broody scientist (Eva Green), at first the film has vibes of “I’ve seen this shit before.” And how could it not—nervous, maybe-damaged chain-smoking girl meets equally damaged, flippant boy. They fall in love through a series of vulnerability trials and cutting quips. Roll credits...a garbage movie we’ve all seen maybe seven million times. But! Perfect Sense instead throws into the mix a rampant, inexplicable virus, one that strikes fast and without discrimination. Imagine you are gripped with all of the sadness you’ve ever experienced at once. The sadplosion passes almost as soon as it arrives, leaving you shaking and—somehow—missing your sense of smell. This is the kind of shit we’re dealing with here. 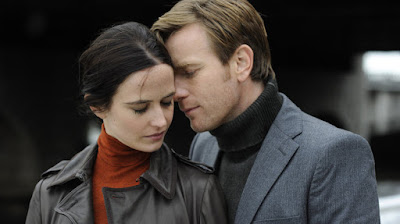 Susan works for whatever the British version of the CDC is. Susan is sad. In a world of assholes, it seems that Susan can’t find a partner with whom she can settle. Enter Michael. Michael is a chef. A sad chef. Michael is afraid of vulnerability and it’s clear that somewhere down the line, he’s lost someone. They answer questions bitterly, kick out lovers when intimacy or vulnerability follows shallow sex, they both have good jobs and friendly relationships, but nothing deep or moving. We get the impression that the two are in somewhat of a stasis. On the surface, they’ve achieved their childhood goals, and despite this, still aren’t very satisfied. As we meet the two characters separately, Eva Green (in voice over) muses about the state of humanity. She explores the universality of love and how we are all tied together, we are shown almost flip book speed clips and photos from around the world. This effect, admittedly, is pretty cheesy and looks very 2004 in treatment. But I get its intention. While we’re meant to focus on two sad Brits, the virus is pandemic and I can appreciate that the movie didn’t turn to newscasts to get that idea across.

As the virus grows and eliminates further senses in turbulent wakes of emotional outbursts, Michael and Susan fall deeper in love. They are taxed with parsing through their feelings for one another while simultaneously adapting to the quickly numbing world around them. What the movie does well is capture the slow process of coming to terms with a changing landscape, and understanding that the end isn’t necessarily all doom and gloom, but a challenge. A challenge to change, to get better, to appreciate connections are yet untethered. What happens to fine dining when you cannot taste? What happens to intimate moments between lovers when you cannot hear or speak? When everyone around you is faced with the same limitations, how does a culture built on the privilege of having all 5 senses sustain itself? You adapt. You learn. You grow. To a point, anyway... 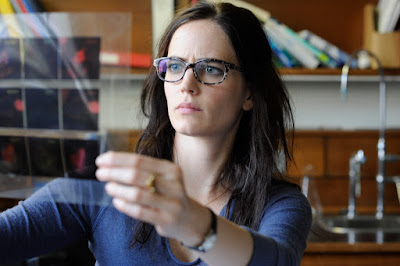 One of my favorite stories growing up was The Plague by Albert Camus. In the book, a city is faced with a nasty plague and as more and more of the community dies off, the survivors struggle with maintaining some sense of order and unity. Camus shows off all of the facets of grief and how people fight to maintain control over their environments: some lash out, some find scapegoats, some blame god. In a sea of death and sadness, it is easy to conclude your life doesn’t matter. And, Camus generally runs with this idea, it doesn’t really. But what is crucial to our humanity is the connections we make with people. That’s the shit that matters. The effort to love those immediately around us is the one true purpose—you can call it whatever makes you comfortable, whether it be religion, family, or friendship, but that’s all it is. Camus writes, “They knew now that if there is one thing one can always yearn for, and sometimes attain, it is human love.”

Perfect Sense proposes the world sustains itself because that is what the world is meant to do. All animals on all levels of the food chain are meant to do nothing more than survive. And we are no different: if love is the thing that humans need, we will always find a way to preserve it. All in all, I don’t think that this is a perfect movie (despite what the title suggests) but I admire its delicate approach to something normally portrayed as pretty violent. In the past, I’ve chatted about Lars Von Trier’s depression trilogy, and I think Melancholia also does a pretty good job of apocalypse in how it steps so far out of our comfort zone in all things end of the world. I think what other apocalypse movies fail to realize is how almost no one will have their shit together when an end does come. There will be no ripped jeans Super Dude ready to save the dame and the world—all while maintaining an heir of perfect stoicism. Susan and Michael are flawed, scared, and naive to the implications of the virus. After the first two waves of the disease (eliminating both smell and taste), the two are in bed talking. Michael asks what would happen if slowly all of their senses would be wiped out. Susan, the professional in this situation, simply says “we’re fucked.”

Because we SUPER would be! 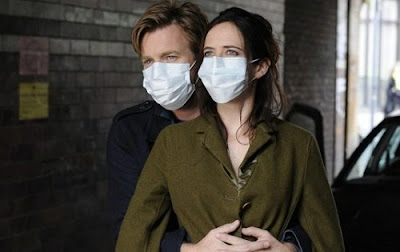 The virus does do an interesting, almost beneficial, thing for the couple. It forces them to purge all of their emotions without ever worrying, “Oh man...was that too much?” Granted it’s in pretty violent waves that don’t make much sense, but it melts away their fears of vulnerability and commitment, which is perfect for falling in looove. At the end, the lovers have gone through it all: no smell, no taste, no hearing, the only thing left is sight. We’re not really shown what emotional outburst preludes the blindness, perhaps it’s joy, or maybe even love—which would suggest that Susan and Michael’s relationship was only possible after the outbreak. Either way, the closing sums it up better than I ever could: “ It's dark now. But they feel each other's breath. And they know all they need to know. They kiss. And they feel each others' tears on their cheeks. And if there had been anybody left to see them, then they would look like normal lovers, caressing each others' faces, bodies close together, eyes closed, oblivious to the world around them. Because that is how life goes on. Like that.”
Posted by Patrick Bromley at 12:00 PM