Don’t look at me. 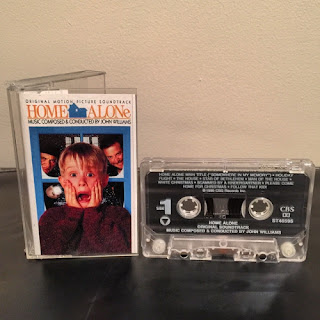 In my youth I used to spend my allowance on soundtracks or, better yet, get them as presents. Ironically, during Chanukah 1990, I asked for the decidedly Christmas-themed Home Alone soundtrack as one of my presents. There were two reasons I owned the Home Alone soundtrack: 1) I used to want soundtracks to movies I liked regardless if they were just scores and 2) the cassette tape’s cover art was super cool (based on one of the film’s theatrical posters) and for that reason alone I had to have it. I remember being sort of disappointed once I got the tape because outside of the main theme it’s sort of a weird listen without the movie accompaniment. My clearest memory of owning this soundtrack, though, was playing it on the tape deck in my bedroom while I feverishly worked on shit at my desk, whether that be writing lists, drawing or giving up on model kits because they were too difficult. 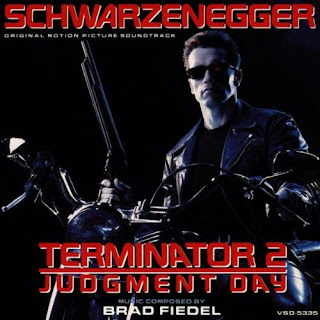 The soundtrack for T2 was the first CD that I owned. I bought it because I wanted the song “You Could Be Mine” in the highest quality. My cassette single wasn’t good enough. Shockingly (but not shockingly because I should have read the track listing on the back of the CD) “You Could Be Mine” was NOT ON THE SOUNDTRACK! Instead it was all orchestral music composed for the film. When I got the CD I remember asking my dad if I could listen to it on his CD player. He said sure, but also that he was not going to stay in the room with me as I listened to it. Neither did my mom or my sister. So I sat in my family room, by myself, for like an hour and listened to the soundtrack doing nothing but just staring out into space and remembering Judgment Day. I’m pretty sure I only spun that disc once. I don’t think I ever told anyone this before, but I was obsessed with Sharon Stone when I was 10 years old. I was like “that woman IS SEX!” I barely knew what sex was back in 5th grade but I was pretty sure I wanted it and Sharon Stone was my key to getting it. Buying the Sliver soundtrack was my logic telling me that owning it would take me closer to this goal. So in many ways, this was the original Boner Jamz of my lifetime. I listened to some of the album tonight to refresh my memory and I can’t believe I had this at such a young age. It’s very Kama Sutra-y. This is the type of shit you listen to as you walk through a beaded doorway into a bedroom with lit candles. 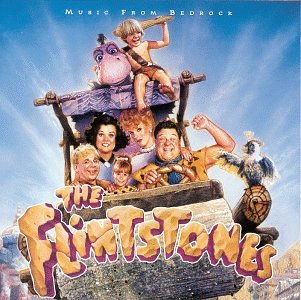 Remember how horrible that song by the BC-52’s was? You should listen to the deep tracks on this piece of shit. It will have you begging for that single. I bought this tape because I was super pumped for The Flintstones movie and got it before the film’s opening weekend. You should never do that. I had almost immediate buyer’s remorse. 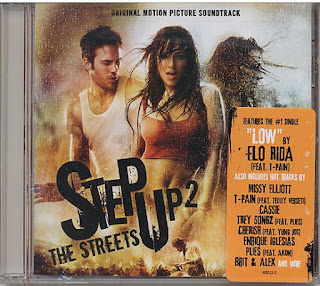 I own this soundtrack despite never having even seen this movie. I remember seeing the trailer to this film and thinking “Ooooooh! That’s a hot soundtrack!” So I bought it. One day I was jamming to it in my car and got a call on my cell phone. I put it on speaker and my friend Tim says “are you listening to the Step Up 2 soundtrack?” I was embarrassed and was all “No!” I never thought at the time “Why does HE know that I’m listening to the Step Up 2 soundtrack?” And I was on a deep track, too, so it wasn’t like he recognized a single or something. Did everyone secretly own this?

Your turn! What soundtracks are you embarrassed you owned?
Posted by Patrick Bromley at 12:00 PM