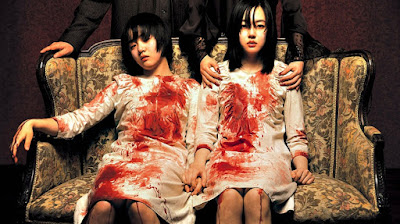 Korean horror is a newer love of mine, and I find myself caught up in the "honeymoon phase" of our budding relationship. My heart is all aflutter at the thought of watching what is next on my list, have severe difficulties focusing on anything aside from what I have just watched (let alone focus long enough to sit down to write about it), the desire to watch any film outside of a Korean horror is practically non-existent and I am counting down the minutes until we meet again. Or perhaps that's just my ADD projecting itself.

One of the main characteristics of Korean horror films is the focus on the anguish and suffering of the characters rather than filling our senses with blood, gore and all the awesomeness that goes hand in hand within the generalized horror genre. Every movie that I watched for this piece most definitely abides by that rule, although a couple managed to combine all the elements for an added bonus.

What kicked off my newfound love was a recent discovery: Yeon Sang-ho's Train to Busan (2016). Starring Gong Yoo as the over-worked and somewhat distant and neglectful father Seok-woo to Su-an (played by Kim Su-an), he promises to take her on the train to Busan to be with her mom for her birthday. As the train departs the station, we glimpse fast moving blurs that are all too familiar, within moments discover that an infected person has managed to make it on the train, and before long we are face to face with a fast-changing and fast-moving zombie plague aboard a steel tube. With zombies being the trend over the past few years, this had the potential to fall among the ranks of just another boring virus-turns-you-into-brain-eating-monster movie. But these dicks were quick to transform, contorted bodies were in abundance and there was just something deeply unsettling about those vacant whitish blue eyes in contrast with their Korean features. What has remained with me is the story of the father and daughter at the centre, and the side stories of a few of their fellow train travellers in their quest for survival. 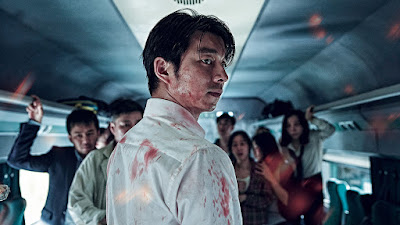 Hot on the heels of this film, Na Hong-jin's The Wailing (2016) grabbed me by the face and hasn't let go. The film opens with a foretelling passage from the Bible: Luke 24:38 "Why are you troubled," Jesus asked, "and why do doubts arise in your hearts? Look at my hands and my feet. It is I myself. Touch me and see - for a spirit does not have flesh and bones, as you see I have." This is a clear indication of the direction the film will follow, a non-earthly "plague" will indeed be the sought-after killer. Starring the incredible Kwak Do-won as the small village of Goksung's (the Korean name for the film) somewhat inept police officer Jong-Goo, the film carries us from horrific crime scene to afflicted villagers to all too human reactions when confronted with terrible horrors. This, above all films, had me laughing, crying and stunned at some of the images and scenes and has not left my thoughts since I first watched it. Time was spent building up this world that I was immersed in, the characters and their lives, the realism of the sets, the gloominess of the weather and just what lies ahead for the people as they hunt down the evil that has invaded Goksung.

I tend to do this to myself and watch the best movies first and find I grasp at thin air trying to find something comparatively moving to keep the euphoric high that only a profound cinematic experience can bring. I managed to find some pretty decent movies to write about, but none had the impact of The Wailing. Not that there's anything wrong with that. Having found my drug of choice, I can revisit it when I please! 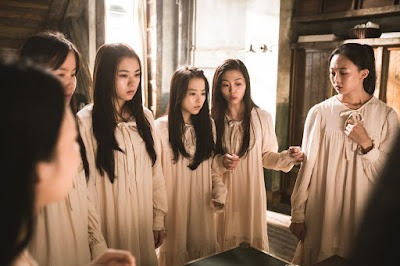 The Silenced (2015, directed by Lee Hae-young), sets us up in a boarding school for ill young women during Japanese occupied South Korea in the 1930's. We are introduced to the young Cha Ju-ran, also known as Suziko (Park Bo-young), and quickly discover that due to an illness that killed her mother, her father and new step-mother have abandoned her at the boarding school due to their unfounded fears of catching her illness. Cha Ju-ran leads us on a journey through the mysteries of missing girls, special medicines to cure mystery diseases and secrets being waved away as bouts of the imagination. The dark and eerie tone of the film adds to mysterious happenings and Park Bo-young gives a fantastic performance of a young woman longing for acceptance and dealing with strange changes that she has no control over. Many negative reviews of this film did nothing but dwell on the shock of the finale, but if you follow along, I felt it was the most logical conclusion. (I feel like a Vulcan.)

The Doll Master (2004, directed by Jeong Yong-ki), is basically what the title promises. A master doll-crafter with the ability to create dolls which possess souls. That’s right, fucking soul-filled dolls. That idea is creepy in itself and the main premise reminded me of House on Haunted Hill in that a group of strangers are brought together by one man with the promise of a doll being created from each of their likeness. Enter the creepy wheelchair woman and a horrifying life-size doll as the centrepiece to each of the guest rooms, you know that this shit is going to come to life in a bloody way. And sticking with the Korean horror style, amidst the murder and bloodshed, there is the haunting tale of a soul that just wants to be loved. 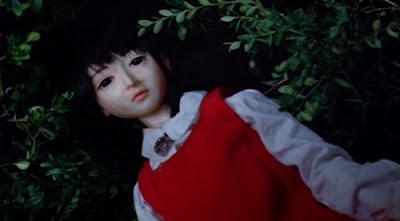 And lastly, I thought I would end on a high note with a re-watch of 2006’s The Host (aka Gwoemul), directed by Bong Joon-ho. The film was my introduction to Korean Horror a few years ago, and while I loved it then, I feel I did not fully appreciate it as it did not lead into my pursuit of more, more, more! A giant river monster, spawned by the dumping of dirty chemicals into the Han River, unleashes a fury of attacks on an unsuspecting city. The creature effects are beautiful, we see heroes rise and fall and the overall tone is one of beautiful desperation. We learn the lengths to which a desperate father Park Gang-du (Song Kang-ho) will go when his daughter is taken by the monster. There is one scene in particular at the end of the film, the man vs. monster standoff, where our unlikely hero is literally hands to face with the creature and without spoiling what could be a magical moment for any future first time viewers, it is nothing short of spectacular. Giant scary monster, desperation, chaos, fire and Americans booming over the loudspeakers as they unleash the “cure” to the suspected virus. It all comes together in beautiful style. 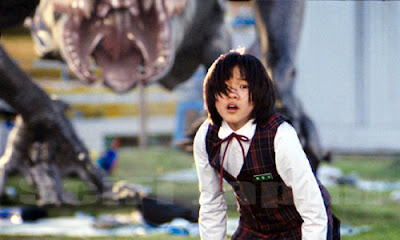 It's all about atmosphere, anguish and creating the perfect mood for falling in love with un-loveable characters. Amidst bloody murder of course.

Korean Horror has me by the heart and is not letting go; I am hooked, there's no better way to put it!

Your suggestions; bring them to me.

…please.
Posted by Patrick Bromley at 5:00 AM