Off the Shelf: The Hills Have Eyes (Blu-ray) 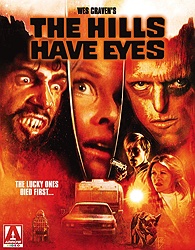 The lucky ones died first...

It's hard to believe now that it has been over a year since we lost Wes Craven, one of the all-time great horror filmmakers who knew better than most how to truly scare an audience. His special gift wasn't that he was the most polished of directors; with only a few exceptions (like Scream), his movies were mostly rough edges. I happen to like rough edges. No, Craven's talent was for zeroing in on our primal fears and realizing them on screen. He didn't want to spook us with tricks and jump scares and he rarely wanted the horror to be "fun." He wanted to shake us to our cores. This was especially true in much of his early work, primarily Last House on the Left, A Nightmare on Elm Street and The Hills Have Eyes, out now in a stunning limited edition Blu-ray from Arrow Video. 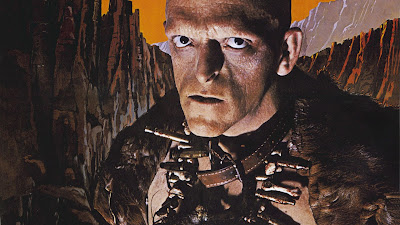 The Hills Have Eyes is all rough edges. The acting is uneven, the framing often simplistic, the editing crude and even the makeup designs not entirely convincing. Guess what? None of that matters, because the movie works where it counts. It is a study of brutality and civilization being reduced to something animal and violent. It can be viewed as a reaction to the tumult of the 1960s, when war and racial strife and tragedy after tragedy shattered the illusion of idyllic 1950s America. It can be viewed as metaphor for the Vietnam war, with the feral family and their "anything goes" approach to survival standing in for an unfamiliar Vietcong and the U.S. represented by the Carters, who had to quickly adapt to a new style of combat to meet the enemy on their level. Ultimately, the movie about the tenuous barrier that separates civilization from savagery and how easily that barrier can be crossed with the right push. It's like Sam Peckinpah's Straw Dogs but with way more cannibals.

In his first few movies, Craven wanted to make movies that crossed the line because he wasn't even totally sure where the line was; growing up, he wasn't allowed to see horror movies and so he didn't have a sense of what was traditionally "acceptable" on screen. It makes his early work feel dangerous, a quality that more or less went away as his films became slicker in the '80s. There are images in The Hills Have Eyes that are particularly transgressive (the brutal murder of a dog, a baby being stolen, Bob Carter being crucified before being burned alive) but even the impact of those moments has lessened with time. What has not lessened is the overall feel of the film, which is like being dragged through dirt and sand and puddles of blood. It's sweaty and grimy and totally effective on a primal level. 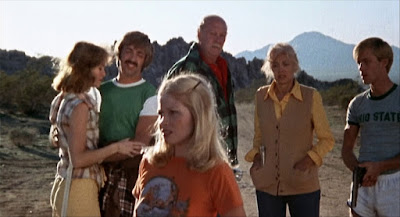 Arrow's new Blu-ray of the movie is one of their best releases this year, presenting the film in a new 4K scan that reveals every detail, every speck of sand and dirt; because it was originally shot on 16mm, the new 1080p HD transfer is super grainy but in a very deliberate way. It's a stunning remastering job. Many of the bonus features from Anchor Bay's special edition DVD have been carried over, including a characteristically thoughtful commentary from Craven and an "alternate" ending that essentially rearranges the events at the end of the movie so that Papa Jupiter is killed last, then carries on to one more "new" shot of the family reuniting and reaching out to Ruby to apparently join them (the film can also be played all the way through with this alternate ending in place). It provides a solace and a reaffirmation of the nuclear family unit not afforded to the theatrical cut, which is must more effective in its dissolve to red during a moment of violent frenzy and sends the audience out of the theater haunted and shaken.

Also carried over is the making-of documentary "Looking Back on The Hills Have Eyes," which features reminiscences from Craven, Berryman, Dee Wallace, producer Peter Locke and several others. New to the first disc are a pair of commentaries, the first with actors Michael Berryman, Janus Blythe, Susan Lanier and Martin Speer and the second with film scholar Mikel J. Koven, plus a collection of never-seen outtakes, interviews with star Martin Speer and composer Don Peake, plus the standard collection of promotional stills, trailers and TV spots. The limited special edition comes packaged with a booklet containing essays on the film and archival pictures, plus some postcards. 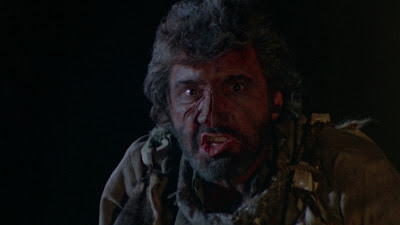 The Hills Have Eyes is never going to be my favorite Wes Craven movie (in full, possibly regrettable disclosure, it's one of the few horror movies where I prefer the remake), but I can't argue with its power or with its place in the history of the genre. Few mainstream horror directors have been as willing as Wes Craven to challenge audiences and push them to places they don't want to go. He leaves behind a legacy of sometimes brilliant, often messy that knew how to get to the heart of what horror is. I miss him every day. Movies like The Hills Have Eyes are the reason why.