A Movie I'm Thankful For: Ikiru 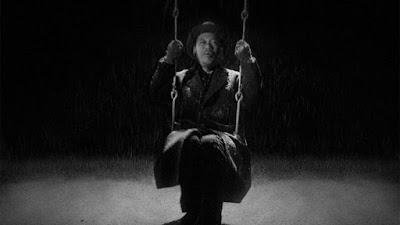 “I can’t afford to hate anyone. I don’t have that kind of time.”

You are dying. I mean right now. You are dying. To paraphrase Eleanor Roosevelt, you’re the oldest you’ve ever been and the youngest you’ll ever be again. But you’re living, too. You’re free and you’re alive and you’re full of limitless, unbridled potential. I think we often forget that, but who could blame us? Even if we’re healthy and educated and economically comfortable, there will always be very real, very constant road blocks to our happiness and productivity. I myself live the life of a high school teacher, one broken up into hour-long periods that often feel like they add up to very little. It can be draining, but every now and then, there’s a bright spot. Maybe I have a good class or a student writes a strong paper. Maybe one of them says “thank you” or applies what they’ve learned in a cool way. That’s when it becomes real again. That’s when I remember how much power I have and how important that job is. I’m sure you have similar moments in your own life, and it’s in those moments that I’m most thankful for Akira Kurosawa’s Ikiru, a film that reminds us that the smallest gestures are often the most important. 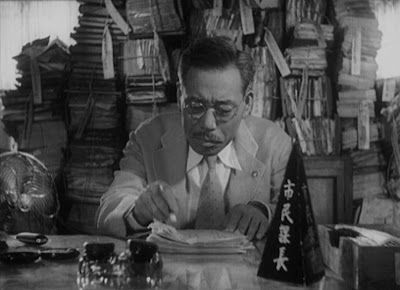 Kurosawa regular Takashi Shimura plays Kanji Watanabe, a low-level government bureaucrat in post-war Japan who learns that he will soon die of stomach cancer. Watanabe doesn’t have much: his wife is long-dead, his son is focused only on his own future, and his employees refer to him as “the mummy.” He’s spent thirty years as a cog in a slow, monotonous wheel, shifting papers around and keeping things organized without ever doing much of substance. He decides to change that in his last few months, to make the most of what he has left. He experiments with a burgeoning Japanese nightlife (supported by Yunosuke Ito as the existentially-tortured novelist) and strikes up a friendship with his bubbly young employee, Toyo (Miki Odagiri). Through Toyo, he remembers that life is for the living and that one person can overcome oppressive odds to achieve something great. He devotes his remaining time to building a small park in an underserved neighborhood, a task that requires negotiating endless red tape, battling a few Yakuza bosses, and most of all, ignoring the voices of those who would rather not rock the boat.

Based on Tolstoy’s The Death of Ivan Ilyich, the film approaches life and death with a certain loneliness. Watanabe lives alone and he dies alone. It sounds morose, but an important part of his journey is understanding that we must make our own meaning, or, to quote Joss Whedon’s Angel, “if nothing that we do matters, then all that matters is what we do.” This is especially difficult in the world of Ikiru, which finds Japan at a crossroads between pre-war austerity and Western capitalism. Watanabe’s son Mitsuo (Nobou Kaneko), for example, is horrified to hear that his father is gallivanting around with a much younger woman. He sees it as an embarrassment and never bothers to understand why Watanabe pursues it (or to learn that the relationship isn’t at all sexual). To him, it’s an elderly father’s duty to die and leave his son an inheritance with which he can build his own life. He expects his father to be satisfied with the world as prescribed, but Watanabe reaches for more. That’s not to suggest that Ikiru’s lead is a heroic futurist who changes the shape of culture as we know it — he isn’t. For just a moment, though, he inspires those who knew him to consider the meaning of their own lives. 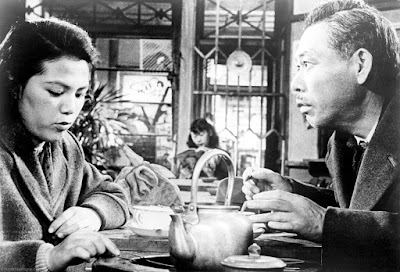 It’s important to note how rarely Watanabe finds solace in socially-acceptable customs or diversions. There’s a great bit in which he tells the novelist that he has no idea how to spend the money he’s drawn from his savings (he’s never made his own fun before). The novelist takes him to an arcade, to a bar, and then to a nightclub, but there’s nothing in the empty hedonism to nurse his sorrow. It’s only when he takes the lead (with Toyo, and then with the park) that he comes alive. It’s a beautiful way to illustrate the importance of loving what you love and doing what you do: be a nerd. Be a geek. Write about a sixty-four-year-old Japanese film on a Saturday night. It’s naive to say that your day job doesn't matter or that you should just Do You and life will work out, and I certainly don’t mean that. Life will kick you in the ass over and over no matter what you do: Watanabe’s son never appreciates him, and his superiors take credit for the park he fought twelve rounds with them just to build. The point is that Watanabe made what he did matter to him and died proud of it. 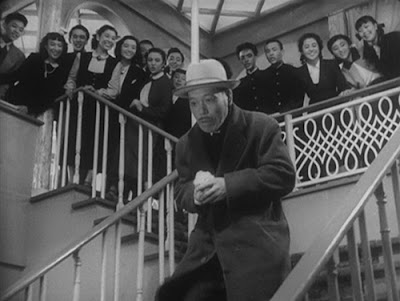 I’m thankful to Ikiru for reminding me that I’m a very important cog in a very important wheel. I will continue to work way too hard for my level of income and social prestige. I will continue to be frustrated by my students’ apathy and disorganization. I will continue to obsess over the cadence of my writing, deleting five sentences for every one that I keep. I will define myself through my work. I will teach and I will write and I will raise a son who loves Star Wars whether he likes it or not. Because that’s what we leave behind. That’s how we fill the gaps in our lives and the giant, aching canyons in our souls. That’s how we make meaning out of meaninglessness. It’s hard not to feel helpless when I’m thinking too much or taking things too seriously. It’s hard not to feel angry when I open up Facebook or listen to talk radio. It’s hard not to feel like the work isn’t worth it. But in those moments, I think of Watanabe singing to himself on that swing and I laugh. Then I grade some papers. Then I call some friends. Then I eat an entire pizza and watch Pitch Perfect alone because my friends won’t answer. Hey, it’s not perfect, but at least I’m making my own meaning.

(Note: I’m also thankful to The Warrior’s Camera author Stephen Prince for his invaluable commentary track on Criterion’s Ikiru release. I rarely watch the film without it.)