I Stream, You Stream Vol. 7

We now return you to your regularly scheduled weekend streaming recommendations. 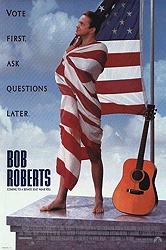 Bob Roberts (1992, dir. Tim Robbins) Good political satire is hard to do, and as our American political stage becomes more and more ludicrous, most political satire starts to feel less like criticism and more like forecasting what's to come. Case in point: Tim Robbins' 1992 directorial debut (based on a character he created on Saturday Night Live) Bob Roberts, about a conservative with no political experience running for office by pandering to right-wing ideals in a way that proves to be insidious. There's not an exact 1-to-1 comparison to next week's election, but this weekend still seems like a good time to revisit the acid blackness of Tim Robbins' mockumentary. It's messy and doesn't hit all its targets, but it's one of the last really good political satires. (Watch on Netflix) 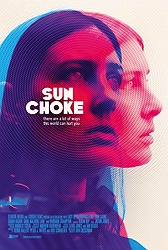 Sun Choke (2015, dir. Ben Cresciman) I saw and quite liked this indie horror drama at last year's Bruce Campbell Horror Film Festival, but it didn't yet have distribution and took about 12 months until it was finally released without a ton of fanfare (though Adam Riske did review it for the site). I'm still not 100% positive I get the whole thing, but I think I do? Regardless, it's beautifully made and features two fantastic performance from Sarah Hagan and Barbara Crampton (friend of the podcast! I love her!...in those movies), playing totally against type and doing what I think is maybe the best work she's ever done. Yes, Scary Movie Month is over, but this one still deserves your attention. (Watch on Netflix) 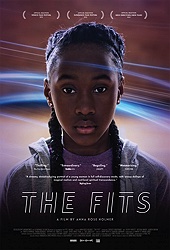 The Fits (2016, dir. Anna Rose Holmer) This played at the Chicago Critics Film Festival earlier this year. It's so good. Like Sun Choke, I'm not positive that I get it, but I think I do? Royalty Hightower plays a young boxer in training who wants to join her school's prestigious dance team, right around the same time that several of the members are experiencing mysterious seizures. Director Anna Rose Holmer's narrative feature debut is a low-budget affair made with total confidence and a willingness to be abstract. I can't wait to see what she does next. (Watch on Amazon Prime Video) 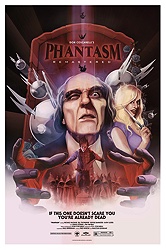 Phantasm: Remastered (1978, dir. Don Coscarelli) The only place to see the new 4K remaster of Phantasm (without paying a separate rental fee) is on Shudder. I saw this screened theatrically a few months back (anyone noticing a trend this week? I swear it's not intentional. #MovieBrag) and it's pretty incredible. I love that J.J. Abrams and Bad Robot took such an interest in the movie after all these years and have restored it so beautifully, leading to not just a limited theatrical run but also an upcoming Blu-ray release after too long a wait. If the rumors are true, I'll wait for the boxed set of all the movies that's supposedly coming soon. (Watch on Shudder) 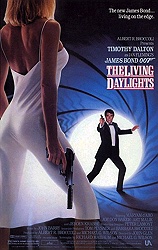 The Living Daylights (1987, dir. John Glen) Sure, Hulu may be losing its library of Criterion titles to the newly-launched FilmStruck, but they're easing the sting with the addition of all the Bond movies. Start here with one of my absolute favorites -- some days I'd put it at #2 or 3, though lately it seems more like #1 -- in which Gentleman T. Dalts makes his debut as Bond and crushes it no matter what Mike says. This is the Bond movie to which I feel like returning most often and inspired one of my favorite episodes of our podcast. I love it a lot. (Watch on Hulu)
Posted by Patrick Bromley at 12:00 PM