I Stream, You Stream Vol. 8

When things are tough, watch movies. Here are some good ones. Sky High (2005, dir. Mike Mitchell) I was originally going to recommend Ava DuVernay's new documentary The 13th this week because I finally caught up with it (Netflix released it in October not understanding that I had ALL OF THE CHUCKY MOVIES to watch) and it's really incredible. But I don't think any of us feels much like further living through the pain of racism in America, even if it might be more important now than ever. What I'm saying is that you should still watch the movie, but I also want to offer a goofy distraction so that you might not feel bad about the world for a few hours. That goofy distraction is Sky High, a Disney movie released in the mid-2000s with bad marketing and not much word of mouth, which is too bad because it's such an incredibly fun, special movie. Predating the Marvel movement by a couple of years, Sky High was made for an audience not yet completely trained to accept superhero movies -- and because this one seems marketed at kids, it was easy for them to skip. Mike Mitchell's direction is light and energetic, the color palette splashy and bright and the cast a mix of really charming young actors and familiar faces for the well-educated nerd, whether it's Kevin MacDonald from The Kids in the Hall or Bruce Campbell or Lynda Carter. Oh, also Kurt Russell is in this and he's hilarious. If you need a movie to pick you up and brighten your mood this weekend, you're not going to do much better than Sky High. (Watch on Netflix) 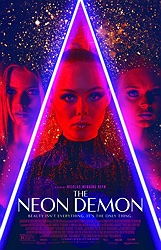 The Neon Demon (2016, dir. Nicolas Winding Refn) This showed up on Amazon in time for me to recommend it last week, but I had already talked it up when it played it theaters earlier this year and really want to urge people to check out The Fits (which I assume everyone did?). If you haven't yet caught up with Nicolas Winding Refn's latest, though, I highly suggest you watch it this weekend. I cannot promise you'll love it. I can't even promise you'll even like it. But it's a movie that deserves to be seen, regardless of how polarizing it might be. If nothing else, it is beautifully photographed and scored, so you won't feel like you've wasted your two hours. (Watch on Amazon Prime Video) Dick (1999, dir. Andrew Fleming) This was a political week, one that left a lot of people unhappy and nervous about what's next. Leave it to Andrew Fleming's excellent comedy Dick (just one of many great movies released in the summer of 1999) to take the piss out of American politics by rewriting history through the eyes of two giddy teenage girls (Kirsten Dunst and Michelle Williams). The cast is a murderer's row of talent and Fleming's approach to the story is one of those rare comedy feats: he makes really smart, really sharp material seem goofy and dumb. It's anything but. (Watch on Crackle) 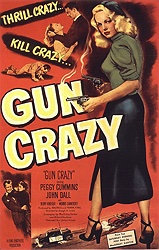 Gun Crazy (1950, dir. Joseph H. Lewis) After posting last week's picks, Robert Nelson wrote to us on Twitter to ask if I would be making any Noirvember recommendations. After remembering that it is, in fact, Noirvember, I agreed that it was a great idea. I love Gun Crazy, Joseph H. Lewis, one of the great crime romances about a couple of carnival workers who fall in love, get married on embark on a crime spree. Despite being more than 60 years old, Gun Crazy has lost none of its power. It has an energy and immediacy that make it feel current while still embracing (and in many ways helping to codify) so many of those noir archetypes that we love as fans of the genre. It's so good. (Watch on Warner Archive) 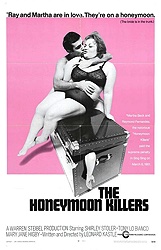 The Honeymoon Killers (1970, dir. Leonard Kastle) This one's a lot like Gun Crazy, only stripped of any noir romanticism and glamour. Forgoing the gorgeous shadows of traditional noir for an incredibly stark, almost documentary aesthetic, the based-on-a-true-story The Honeymoon Killers presents a couple of outcasts who find one another and then find crime because they are part awful, part desperate and part turned away by society for being, in one way or another, "different" or "lacking." There's a good chance that many of you have already seen this one. It's pretty famous (the story was even remade/adapted in 2006 as Lonely Hearts with John Travolta and James Gandolfini) and was put out by The Criterion Collection, so it's not exactly a secret. But if you've never seen it, this is the kind of movie that will knock you on your ass and make you wonder how you slept on it for so long. None other than François Truffaut has called it his favorite American film. (Watch on Hulu)
Posted by Patrick Bromley at 12:00 PM