I Stream, You Stream Vol. 9

If you like good movies, you're reading the right column. 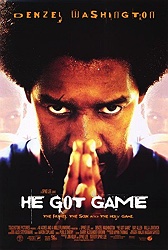 He Got Game (1998, dir. Spike Lee) One of Spike Lee's more underrated movies, He Got Game doesn't get talked about as much as a number of his other films for some reason. I've been a fan of it since seeing it back in '98, both for what it has to say about professional sports and for the incredible performance of Denzel Washington, whose Jake Shuttlesworth is one of the great characters in the actor's filmography often overshadowed by giants like Malcolm X and Alonzo Harris. NBA star Ray Allen also does good work in his acting debut. Netflix has been flooded with a lot of Disney/Touchstone titles in the last few weeks, and there are gems to be found among them if you are willing to look. This is one of them. (Watch on Netflix) 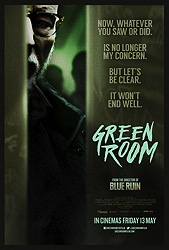 Green Room (2016, dir. Jeremy Saulnier) I can't say that Green Room will definitely be my favorite movie this year, but it's certainly going to end up somewhere in my top 10. Jeremy Saulnier continues to be one of the more exciting voices in genre movies right now, and the tragic loss of Anton Yelchin lends this one some weight that it didn't have even the first time I saw it. The filmmaking is really the star here. This movie is murder on the nerves -- so insanely intense and brutal and good. If you've been holding off on seeing it for some reason, now you have no excuse. (Watch on Amazon Prime Video) 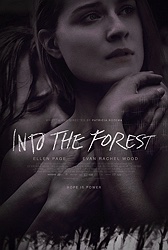 Into the Forest (2016, dir. Patricia Rozema) I saw this earlier this year during the Chicago Critics Film Festival, and while it's flawed I think there's enough that's really interesting about it to recommend. One of the quietest, most intimate movies about the apocalypse ever made, it stars Evan Rachel Wood and Ellen Page as sisters who have to hold it together when a blackout won't end and the whole world starts to go to shit. There are some developments I could do without and a few scenes that lapse into pretentiousness, but seeing a story we've seen dozens of times on film through a female lens (both in front of and behind the camera) makes for a compelling tale. There are scenes that are quite wonderful and the two lead performances are powerful. I like the message that sometimes surviving means also having to live. (Watch on Amazon Prime Video) 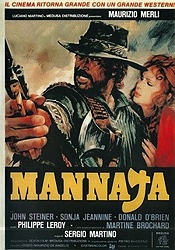 Mannaja (A Man Called Blade) (1977, dir. Sergio Martino) If you're a spaghetti western fan at all, you absolutely have to see Mannaja. Maurizio Merli plays the title character, a bounty hunter hired to track down the missing daughter of a town mayor; his mission eventually pivots to one of revenge, as the man called blade seeks to settle a score with some outlaws and, eventually, the very people who hired him. The movie is violent and awesome, with a theme song that sounds like Leonard Cohen by way of Rammstein. I love it. (Watch on Hulu) 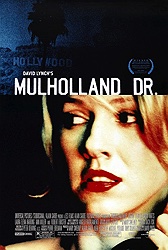 Mulholland Dr. (2001, dir. David Lynch) Celebrate #Noirvember with this, not just the best film noir of the last 16 years but arguably the single best movie of the 2000s. Like with Tarantino's work, there are about four David Lynch movies that I'm convinced are my favorite one when I'm watching them. Objectively, I'm pretty sure Mulholland Dr. is his best. Every scene is brilliant and interesting. After you watch it, listen to our podcast on the movie. There is no podcast! And yet we hear a podcast (Watch on Filmstruck) 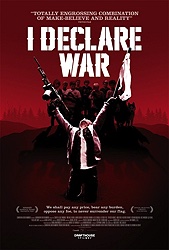 I Declare War (2013, dir. Jason Lapeyre, Robert Wilson) This Canadian production about a group of kids playing war in the woods is about way more than a game of guns in the woods. It's a movie about friendship, a coming of age movie, a critique of cinematic violence, a meditation on religion and so much more. This was one of my favorite movies of 2013. Vudu has it available to watch for free, though apparently you'll have to sit through some ads. (Watch on Vudu)
Posted by Patrick Bromley at 12:00 PM

Email ThisBlogThis!Share to TwitterShare to FacebookShare to Pinterest
Labels: green room, he got game, i stream you stream, into the forest, netflix instant, spike lee