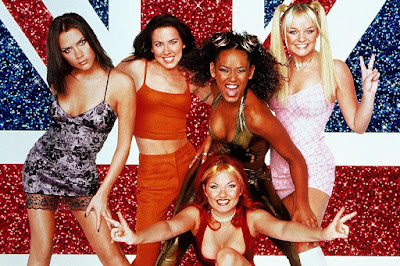 There are movies that we tell others about proudly; we put our stamp of approval on them and send our gold stars out into the world hoping that others will find the same love and pleasure out of their runtime that we received. There are also the movies we enjoy ironically. The terrible, terrible, beautiful messes that are works of trainwreck poetry. This column isn’t about those movies. This is about our dirty secrets. These are movies we love but keep hidden under the proverbial floorboards that in one moment could discredit every one of our opinions in every conversation, the fatal blow to any heated movie conversation. Every one of us movie lovers have them, and this is about celebrating the movies that we feel no shame for enjoying but which still remain nameless too often. These are our guiltless pleasures.

In 2000, I spent many Friday nights trekking to the local Tower Records (Rest In Peace) with a few friends and wandering around the store with a few dollars burning a hole in my pocket. I remember it well: I found a Talking Heads CD and a copy of “Del the Funky Homosapien’s Greatest Hits” and walked up to the register. With my superior taste in music and my random comic book T-Shirt, I was the the vision of kick-ass. I strutted myself up to the register with my best friend Mike at my side and the guy behind the register rang me up. As the sale was going to be tallied, I saw right by the register in the bargain bin was one of my favorites. I picked it up and handed it to the man and declared loudly.

“Spice World on DVD for only $7.99? Hell yeah!” As I slammed it down on the counter. Mike just looked at me.

The register guy— with a sincerity rarely heard in this world— looked me in the eyes and said, “You have no soul.”

I smiled and gladly paid my $7.99, because you know what?

Because, I’ll tell you what I want, what I really, really want! I want GIRL POWER! Yeah, I’m a Spice Girls fan, and more than that I’m a Spice World fan. Not ironically, the way we watch Troll 2, but as a genuine “I’m loving this” experience. It’s 93 minutes of absolute fun and, in my humble opinion, endlessly watchable. 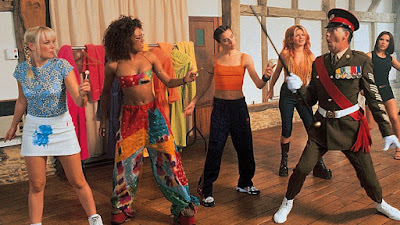 Let’s get the bad out of the way (I said I liked it, not that it was perfect). It was clearly written in about five minutes and in some scenes the production value is that of three kids with a video camera in their backyard, but even a kid with a video camera can get it right occasionally.

What works best in Spice World are the Spice Girls. Whether you’re a fan of them or not, I will argue until I pass out that the Spice Girls are entertaining. The way they carry themselves on screen is endlessly engaging and I could just sit and watch them talk all day. They are completely over the top, but in Spice World in particular they are the anchor through the nonsense. There are moments where the girls are simply talking to each other or to someone else, delivering lines and finishing each others sentences in a way that builds off each other and has a rhythm to it that is charming. Of course it helps if you are aware of who the Spice Girls are before watching the movie, but Spice World gives each girl a moment to show their “character” and how each one of them works together in the group. I know that it’s a put-on, but it feels like these are girls who care about each other and I’m just excited I get to hang out with them for a while. 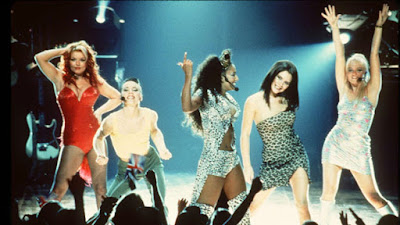 It does help that I do own multiple Spice Girls CDs and do not hold back my love for them. I can sing along with the hits and even a few of the deep tracks (Yeah, I said “deep tracks” when referring to the Spice Girls.), which works for me because every hit gets featured with it’s own performance. “Wannabe,” “Stop,” or, my personal favorite, an “unplugged” version of “Say You’ll be There” are all in there, and the performances of the songs are like watching a catchy music video. The girls can all dance, they are energetic and are doing what made them famous. The performances are super fun and paced in so that it breaks up the plot.

Which brings me to the plot. It’s essentially the 1997 equivalent of A Hard Day’s Night (JB just had a heart attack), where the girls visit and hang out with fans, perform, and jump forward and backward in time with little skits. So when I say it’s the equivalent to A Hard Day’s Night, I mean a shittier version. The plot is not why I pop in the DVD. It’s utter nonsense for more than half the running time. You just “hang-out” with the Spice Girls. There are running themes with a friend having a baby, a documentary crew, the paparazzi, and a huge live performance, but it’s just a way to get from one “skit” to the next. I am going to defend what the plot transforms into. Get ready—shit’s about to get real.

There is a running theme with two movie producers trying to get the Spice Girls into a movie. Near the end as the producers pitch the movie, the things he says actually start happening to the Spice Girls. At one point he says “Now the girls are on top of the bus” and we flash to the girls on the bus. The producers gradually add more and more danger until the girls' manager grabs him and says “HAVEN’T THESE GIRLS BEEN THROUGH ENOUGH!” Personally, as a movie pitched toward early teenage girls, this is kind of deep. A movie pitching itself in real time. It’s a unique element that you don’t see usually and for me it totally works. I genuinely laugh at the look on Baby Spice’s face when she opens the bottom of the bus and sees a bomb, or when a toy Spice-Bus jumps the London Bridge. It’s great. 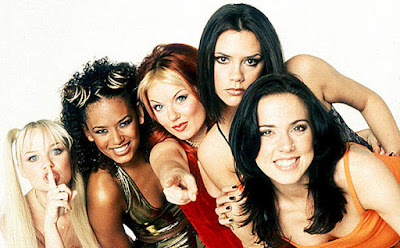 Then there are the cameos. Yeah, there are some great cameos or even small bit parts that totally work for me. At one point, the girls meet up with Elton John and get served drinks from Elvis Costello. The only “controversy” surrounding the movie was that there is a scene and performance with Gary Glitter that was cut right before the movie release when it was discovered he’s into little kids. Probably my favorite bit part is that from Roger Moore. Roger Moore is probably best known for his role as Grandpa Bond, but in Spice World he plays the elusive producer for the Spice Girls who is constantly giving nonsensical advice. It’s hilarious and totally works for me. At one point, Roger Moore is sitting by himself in a room, talking on the phone while petting a tiny pig. Yeah, that exists...and it’s awesome.

Spice World has a 3.3 on IMDB, 36% on Rotten Tomatoes, a 32% on Metacritic, and was nominated for 11 Raspberries, where it won “Worst Actress(s)” for the Spice Girls. All of this proves that no one besides me knows what they’re talking about. Don’t believe me? Well you can rent it right now on Amazon for $3.99 in HD, which is a complete rip-off. You need to spend the $6 and own that shit! Trust me.