Tired of the same old holiday movies? Here are some alternatives to the usual alternative Christmas movie picks for you to stream this weekend! 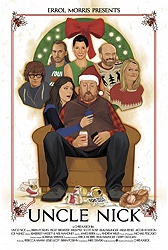 Uncle Nick (2015, dir. Chris Kasick) Sometimes a great cast can redeem material that's just ok. Case in point: Uncle Nick, a dark comedy from director Chris Kasick that finds black sheep Brian Posehn spending Christmas with his family and burning everything to the ground with his awfulness. Or maybe he's just being honest? There's not much in Uncle Nick that hasn't been covered by a dozen other similar comedies, but Posehn and his fellow cast mates (including Scott Adsit, Missi Pyle, Melia Renee and the incomparable Paget Brewster) elevate every scene. Plus, there's just enough truthful observation about human behavior that it's possible to overlook some of the more unlikely beats. (Watch on Netflix) 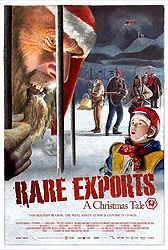 Rare Exports: A Christmas Tale (2009, dir. Jalmari Helander) This Finnish import (#youseewhatIdidthere) is one of the very best Christmas horror movies ever made, even though the actual "horror" elements are downplayed and don't really present themselves until about an hour into the 80-minute runtime. It's all about the atmosphere and the sense of cold and the mythological angle director Helander takes; it's fun to see a fairy tale about Santa Clause told from the perspective of another country and culture. Shudder offers a couple of other Christmas horror movies, too, including Black Christmas and the Spanish-produced The Christmas Tale, which I hope to watch in the next few days.  (Watch on Shudder) 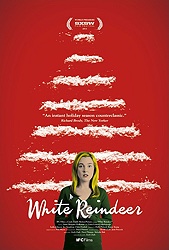 White Reindeer (2013, dir. Zack Clark) Here's a comedy-drama much more in the vein of Uncle Nick than, say, Christmas With the Cranks. Anna Margaret Hollyman totally goes for it as a real estate agent who enters a world of debaucherous sex and drug use after her husband suddenly drops dead. Joe Swanberg has a supporting role, which should give you a sense of what kind of comedy this is. Not for everyone, but I like it. Hollyman's performance alone warrants at least one viewing. Anyone looking for an alternative to the regular "alternatives" like Bad Santa should check it out. (Watch on Hulu) 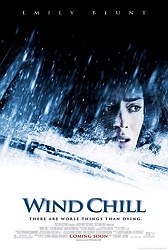 Wind Chill (2007, dir. Gregory Jacobs) Emily Blunt and Ashton Holmes play college students who team up for a ride share to get home on Christmas Eve but then get trapped in their car during a horrible snowstorm. The setup is terrific and there's a lot of good, atmospheric "what the fuck is going on?" stuff that takes place once they're stuck, but all of it is better than the payoff. This isn't quite a home run, but there is so much good in it that it's the kind of movie you wish was just a little better. Still, some good Christmas content and a really strong (and fairly early) performance from Emily Blunt. (Watch on Crackle) 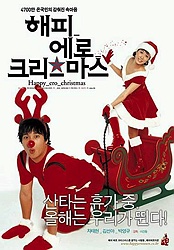 Happy Naked Christmas (2003, dir. Geon-dong Lee) Truth be told, I've never seen this one. But with a title like that you can bet I will be watching it very soon. (Watch on Amazon Prime Video) 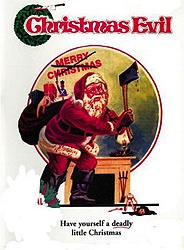 Christmas Evil (1980, dir. Lewis Jackson) Another classic Christmas horror isn't at all what you're expecting, provided you're expecting a variation on Silent Night, Deadly Night. While not nearly as grisly or intense, it's got more of a Henry: Portrait of a Serial Killer vibe in that it's about a guy (Brandon Maggart, father of Fiona Apple) who is lonely and insane and everything is covered in dirt. It's a sadder movie than you would expect, but then gets weird and crazy every once in a while and becomes fun until it gets dark again. It also has one of the greatest endings in all of cinema. One of the very best of the "exploitation" class of Christmas horror. (Watch on Exploitation.TV)

Happy holidays!!
Posted by Patrick Bromley at 5:00 AM