Plenty of Awards hopefuls getting their wide release, some garbage and a few other promising choices.

Note: I dog out a few of these movies, but don’t doubt that I will probably still see most of them. I’m like the guy who goes to see Why Him? and comments that the trailers before the movie look stupid. It’s like “dude, you’re there to see Why Him? EVERYTHING looks good to you!”

•  Life’s too short to see a movie starring both Greta Gerwig and Annette “Is that an Oscar? Can I hold it?” (Runs away) Bening. And why are there so many shots of people dancing in the trailer? WE GET IT! YOU’RE QUIRKY! #20thCenturyWomen

•  I’m down for Hidden Figures. The story doesn’t hook me necessarily but I’ll watch any movie with that cast (COSTNER! DUNST! HENSON! MONAE!). Why is Sheldon in this?

•  I’ve heard good things about A Monster Calls but I’m not sure I can handle a sick Felicity Jones. I mean, she just led a rebellion and this is the thanks she gets?

•  I will see any movie Martin Scorsese directs and you should too! #Silence

•  I’ve successfully gone from 2003 until now having never seen an Underworld movie. I will break that streak in 2017 with Underworld: Blood Wars and you will soon learn why.

•  I’m not sure why, but The Bye Bye Man having a PG-13 rating is really upsetting. I mean, if you’re going to make a movie called The Bye Bye Man and you’re expecting us to believe in a legend for a Bye Bye Man then fucking go for broke, kid!

•  I’ve heard Live By Night is the least successful of Ben Affleck’s directorial efforts. I’ll still see it, but I’m not surprised because Gone Baby Gone > The Town > Argo.

•  Why is Jane Levy in Monster Trucks? Was she nice on set at least? 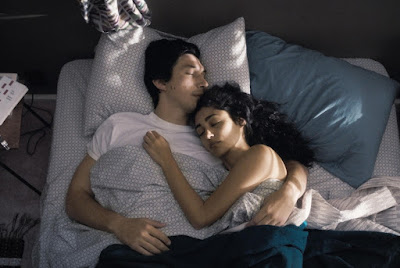 •  I’m getting to the point where Adam Driver being in a movie makes me want to see it. Dude’s talented. #Paterson

•  I’ve seen Sleepless already when it was called Waist Deep.

•  The Founder seems like an interesting movie. I eat a lot of McDonald’s, so I’m probably going to be on Michael Keaton’s side here.

•  Am I the only one left that gets really excited for new M. Night Shyamalan movies? #Split

•  I’m convinced Toni Erdmann only exists as a screener for critics.

•  I’m so down for The Red Turtle. Studio Ghibli gets me and it’s an excuse to drive down to the Music Box Theatre to see something.

•  I don’t even think Owen Wilson and Ed Helms want to see Bastards. And they star in it! Hasn’t the world passed this test already? We’re done with these guys. How many times do we have to prove it? 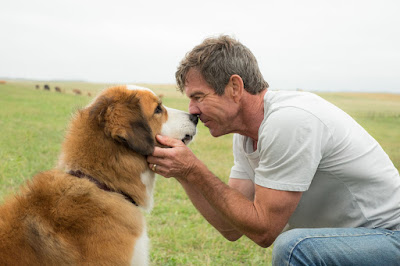 •  Ugh! A Dog’s Purpose. Two questions: Since Dennis Quaid is in this and in the trailer he throws a football, does that mean he’s playing Miami Sharks QB Cap Rooney again? Also, between this and The Space Between Us, do we need another movie where Britt Robertson falls in love in the heartland?

•  Gold doesn’t look that good, guys. And that’s all I have to say about that.

•  There are a lot of bad movies coming out. #Rings

•  Same Kind of Different as Me has Greg Kinnear in it ,which is asking too much of this country.

•  I think it’s amusing how “Crazy in Love” has become the anthem of the Fifty Shades of Grey franchise. That aside, I have very little interest in Fifty Shades Darker. Whatever pervy delights I was going to get out of the series I’ve surely obtained from the original, right?

•  Look. I like John Wick. I’m excited for John Wick: Chapter Two, but I have to admit that part of me is pretending to be more excited than I really am to fit in with my action loving peers.

•  The trailer for The Lego Batman Movie is funny but it’s kind of weird to me that they’re making a movie that is essentially a joke to begin with. Is it just going to be hitting that note over and over for 90 minutes?

•  A Cure for Wellness looks like one of those movies from the late ‘90s that cost $100 million dollars and makes $8 million at the box office. Who is this for? Dane DeHaan fans? Gore Verbinski completists? 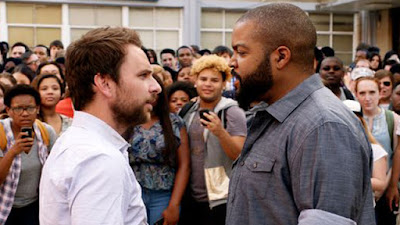 •  Fist Fight is the type of movie where funny people get together, don’t make a funny movie and then talk about how they’re better than it on podcasts 5 years from now.

•  Back in the day, a movie called The Great Wall would have starred Matt Damon and been a drama for adults about China. Nowadays it’s about protecting China from monsters. G-D have we gotten dumb if Hollywood thinks this is what we want.

•  A United Kingdom looks well-intentioned. I will never ever see it.

•  I’m excited to see Get Out. The trailer is really strange and intriguing and I’m curious to see what kind of director Jordan Peele is like, considering he’s a big fan of horror.

•  What is Rock Dog? (Watches trailer) Oh, ok. Yeah, I don’t have kids so there is no reason for me to see Rock Dog.
Posted by Patrick Bromley at 5:00 AM