At the time of its original release, one critic called Psycho, "a blot on an honorable career.” Most critics at the time were either unimpressed or openly hostile to the film. When it emerged as one of the biggest hits of the decade, many critics changed their tune… to something with strings. 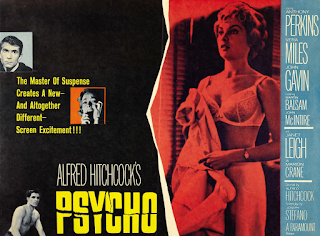 Psycho may be the film your Pope has seen the most times. During my tenure teaching high-school film classes, many other films on the syllabus came and went, but Psycho always remained. I used to joke with my students that it was Illinois State law: a teacher had to screen Psycho in any basic film survey course or risk fine and imprisonment. There were semesters where I would see Psycho four times a day. There’s a recipe for a happy, healthy life. I got to know the film… intimately.

The Plot In Brief: Marion Crane (Janet Leigh) meets for a secret tryst with her lover Sam Loomis (John Gavin) over a long lunch hour. Both are frustrated because financial circumstances will not allow them to marry. Back at the office, Marion brazenly steals $40,000 and sets off to share it with Sam. Tiring after a long night of driving, Marion decides to stop at a roadside motel to get a proper night’s sleep. The proprietor, Norman Bates (Tony Perkins) seems like a nice enough fellow, but he harbors many secrets. 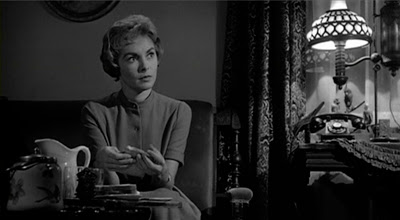 Psycho is a film of many firsts: the first time Paramount vetoed a Hitchcock project (he wound up financing it himself with Paramount only distributing); the first time that Hitchcock worked with a low budget, using his television series crew; the first time a major star was dispatched halfway through a film; the first time a flushing toilet was shown on film; and the first time this level of violence was ever shown or suggested. It was also the first time audiences were required to watch the film from its very beginning—Hitchcock instituted a policy that no one was to be seated after the first ten minutes. Disappointed latecomers had to wait for the next screening, which led to big lines outside the theater and much interest from passersby.

At its core, Psycho is about loneliness. We witness the chance meeting of two impossibly lonely people and no good comes of it. Characters are vulnerable when alone: Marion in her small shower, Detective Arbogast sneaking back into the house alone. Loneliness leads to the grave. The film whispers that human connection is important; there is safety in numbers. The sheer number of characters in the police office at the film’s conclusion supports this. In the film’s famous last shot, Norman is still alone. Psycho is the story of a character so lonely, he allowed another person into his life in the most unconventional way imaginable. One of Hitchcock’s neatest tricks was marketing this serious meditation on loneliness and despair as a quickie exploitation horror movie. 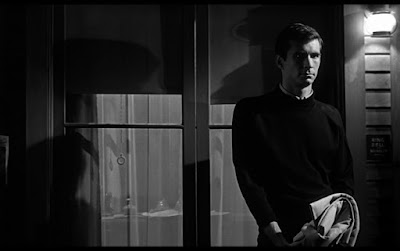 Three years ago, I wrote an appreciation of Tony Perkins’ performance for this site in which I stated,

“I am impressed by all of Perkins’ line readings, but I think the pièce de résistance may be what he brings to one of the film’s simplest lines: ‘She needs me.’ Think about those three words—say them aloud. Most of us would emphasize the word ‘need,’ wouldn’t we? ‘She NEEDS me.’ Yet Perkins emphasizes the word ‘me’: ‘She needs ME.’ There is something so uncanny about that reading, so right for the material – it speaks volumes about the complicated relationship between Norman Bates and his mother. The character of Mother is not defined by her need; she is defined through Norman, and Perkins was astute enough to puzzle this out and manifest that through his line reading.”

This column is timely because an interesting new documentary premiered at the Sundance Film Festival just days ago. According to The Hollywood Reporter, “78/52 is an in-depth examination of the iconic shower scene from Alfred Hitchcock's Psycho, which required 78 setups and has 52 cuts. The shot-for-shot breakdown comes from writer-director Alexandre O. Philippe, who interviewed filmmakers like Guillermo del Toro, Bret Easton Ellis and Karyn Kusama about the lasting impact of the sequence that pushed the boundaries of chaste American filmmaking.”

We can all look forward to that! So take a shower, acolytes, I am taking all of you to the MOVIES. 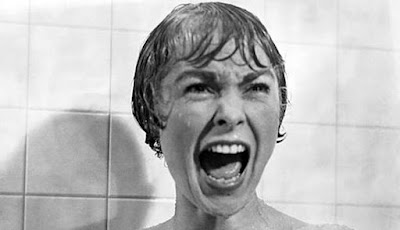 For almost 30 years, I would spend an entire class period analyzing the famous shower scene, freezing the frame on a VHS tape and lecturing about camera angles, technique, and the film’s production history. After Hitchcock’s death, Saul Bass, who designed the film’s opening credits and is listed as “pictorial consultant,” claimed that HE (not Hitchcock) had directed the iconic shower scene. That was bunk. No less an authority than Janet Leigh—who, after all, was IN THE SHOWER the whole time, insisted that no one directed her and the scene but Hitchcock.

Legend has it that, when the scene was edited, Hitchcock showed it to the Production Code Office for approval; they rejected it. Two of the five members of the board saw unacceptable nudity. Hitchcock waited a few days, then showed the board the exact same sequence with no changes. Now, the three members who had not seen any nudity claimed they saw some, and the two members who originally did said that they no longer did. At loggerheads over what to do, the Production code office approved the scene as edited.

Oh, and it is Shasta brand chocolate syrup being used as blood in the shower scene, not Hershey’s or Bosco. Some accounts get that crazy detail wrong. Assistant director Hilton Green has said that the crew used Shasta because it had just come out in a convenient squeeze bottle. 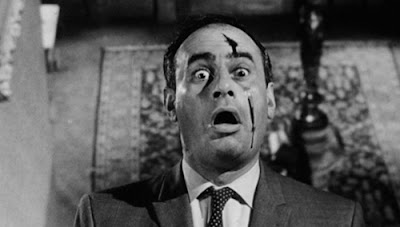 Many, many years ago during the first flowering of the laserdisc era (era) I became interested in the commentary tracks that started accompanying classic films. Using a painfully makeshift and amateur setup, I made my own scene-specific commentary track for Psycho by recording a laserdisc onto VHS and substituting yours truly on a microphone for the film’s soundtrack. I used to lend the tape to students who missed any of my classroom lectures on the film. As it often happens when materials are loaned to students, eventually I loaned it out and never got it back. I was very sad because I had put so much work into it, and I would love to hear it again, if only to hear a slice of my past.

One of my goals in my upcoming retirement, when free time will be more than plentiful, is to recreate that commentary track and make it available on F This Movie (#PopePromise). Patrick has said he would love to post that as the podcast one week. Since I will be essaying that commentary track ALONE, two thirds of the way through, I will be violently murdered.

Psycho’s Three Miracles: Hitchcock’s directing prowess reaches a new peak as he guides the audience like a magician, misdirecting us over and over again, so the final reveal is devastating and delightful; Tony Perkin’s performance, so affecting that no one could shake it and he ended up typecast for life; and Bernard Herrmann’s beautiful, sad, shocking score, a funeral oratorio for strings.

In nomine Hitchcock, et Herrmann, y spiritu Perkins, Amen. “Mother… my mother… what’s the expression? She isn’t quite herself today.”