Rob's Most Anticipated Movies of 2017 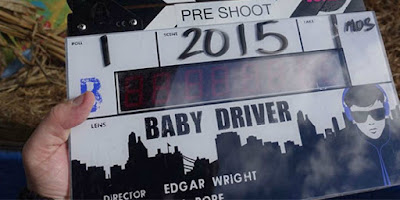 Let's look forward, shall we?

What a year! Many films were released! A good deal of them were successful, while others were not so successful! The one with that guy was good, but I really liked the one with that girl (because I’m woke as fuck). If it sounds like I’m deflecting, I am! That’s because I can almost guarantee that you saw more movies in 2016 than I did. I missed Blair Witch. I’m still working up the nerve to rent Nine Lives. And yet, despite my massive ineptitude, our best-of lists probably match up pretty well: I loved The Witch and The Nice Guys. 10 Cloverfield Lane and Green Room rocked my socks. The Neon Demon made me tingle in ways I’m not yet ready to talk about. So far, so familiar. Since I’m clearly not enough of an authority on 2016 to recommend any hidden gems or make any Oscar picks, let’s talk about next year. In no particular order, these are the films I'm most looking forward to seeing in 2017:

I know Blade Runner. I own Blade Runner. Blade Runner is a friend of mine. But honestly, I’ve never really absorbed Blade Runner. It’s beautiful and influential and Jan B. loves the hell out of it (so it must be great), but I’ve never found my road into the film the way a lot of people have. I’ve studied it academically without getting attached, which means I’m far enough removed from the fandom that the very existence of Denis Villeneuve’s upcoming sequel doesn’t infuriate me. It’s an opportunity to immerse myself in the universe in a way that I’ve never had the incentive to before. I’m looking forward to prepping with at least two of the twelve cuts of the original film, spending the seven hours after that on its TV Tropes page, watching some of the crazy-ass conspiracy videos that I’m positive are clogging up YouTube, and walking into 2049 with a totally open mind. I’m excited to join a new fandom. Plus, Villeneuve rules and I’m hoping Harrison Ford will go 2-for-3 on his “I’m Still That Guy You Remember Me Being” retirement tour.

Edgar Wright is my favorite director not named Scorsese. Everything he makes is so full of energy and wit and love and…well, he’s a lot like Scorsese, I guess. Anyway, I have no idea what Baby Driver is about, but it absolutely could not matter less. I know there’s a guy named Baby who drives a car (or several cars?). I know it’s going to be funny and smart. I know it’s going to have great music and ballsy action. I know the Blu-ray will sport a commentary track in which Wright talks about thirty films I’ve never heard of, and that I’ll immediately look up every one of them when it’s over. Most importantly, I know it’s going to feel like a warm blanket and yet still somehow push my expectations of what a movie can be. It’s hard to tell right now how bruised Wright was by his experience with Ant-Man, but I’ve seen Marvel Studios grind up enough good directors to be happy that one of my favorites went for a passion project instead. I hope 2017 gives him a massive hit film and a return to the loving arms of My Girlfriend Anna Kendrick. 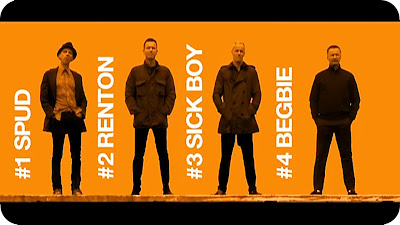 Here’s the thing: I really like Clerks 2. Aside from all that donkey show nonsense, I think it has a lot of really interesting things to say about turning 30 and still not really having your shit figured out. I think it’s Kevin Smith firing on all cylinders in a way he rarely does (I say that as a Kevin Smith fan), and I think it’s both a great companion piece to the original Clerks and a significant statement about the autobiographical nature of filmmaking in general. The trailer for Danny Boyle’s sequel to his seminal comedy Trainspotting gave me the same vibe: it feels like a sincere way to explore the original film’s themes after twenty years of experience and growth (or possibly depression and self-destruction) and find out if all that sneering defiance from our youth holds up to the scrutiny of adulthood. What does it actually mean to Choose Life, and what did our boys make of it? This one is super high-risk for “soulless sequel produced for nostalgia’s sake,” but Trainspotting isn’t exactly the Ninja Turtles, so I don’t seeing it being a desperate cash-grab.

Valerian and the City of a Thousand Planets (July 21st)

Because why the hell not? If Luc Besson is making a movie, it’s your duty to watch it. Just look at that title! It makes absolutely no sense, but it still sounds amazing! I mean, I’ve never read the comic it’s based on — and I have only a passing understanding of who Cara Delevingne is — but what do I really have to lose? The guy’s written, produced, and/or directed some legitimate classics, and even his bad films tend to be ambitious and trashy. Like Wright, he makes movies from his gut; he embraces genre and tradition while still speaking his own language (admittedly, he speaks a lot of gibberish, but who doesn’t?). This one is set in a 28th century in which The Matrix happened in real life but seems to have worked out way better for everyone. There’s apparently also time travel, hyperspace, paradoxes, and a ton of crazy French weirdness. It looks like it has a chance to be one of those wacky Fifth Element deals with a really fun tone and energy. It could also end up being an incoherent CGI shit-fest that I forget ten minutes after it’s over. Might as well roll the dice. I’m not doing anything else.

The Fate of the Furious (April 14th) 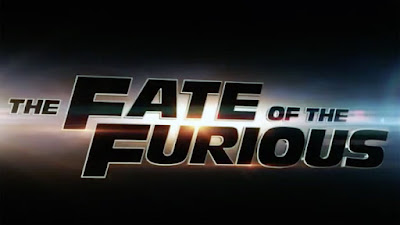 My love for the Fast and Furious series is a lot like my love for ‘80s power ballads: at first, it was ironic. I respected how willing it was to be violent, melodramatic nonsense, but I wasn’t ever willing to call it art. The more I lived with it, however, the more I realized that it was doing something much more interesting and important than I was giving it credit for. I was the problem, not Fast and Furious (and certainly not ‘80s power ballads). Now, not only does the trailer for F8 ramp up the insanity with tanks and explosions and Kurt Russell and all that, but it introduces the first legitimate internal Family conflict since…ever? It’s time, I think. Brian and Mia are gone. Han and Gisele are dead. It only makes sense that the Family would be in crisis. I respect the way this franchise never rests on its laurels. It keeps pushing itself; it keeps trying. Seriously, though: what’s going on with Dom? And is Shaw really in the Family? How can they let that happen? See what I’m saying? My investment in this stuff really snuck up on me.

Yeah, yeah, I know. No John Wick. No Alien. No Episode VIII. I leave all that to you, F-Heads. What are you looking forward to this year?
Posted by Patrick Bromley at 12:00 PM