• My assistant manager Russ was a pretty mercurial figure. He would be super nice to you one minute and then try to destroy you the next. He also stole. Our store manager, Gordon, knew it and confronted him in front of me while I was at the counter one day. Russ was walking out with his bike and Gordon stopped him by grabbing the front tire of his bike. It might not sound dramatic but trust me it was #TheLineMustBeDrawnHere. Gordon said “Empty out your bag, Russ.” Russ objected but finally went back in the break room with Gordon where it was confirmed that Russ had stolen several copies of Erin Brockovich. Russ was fired immediately. I gained a lot of respect for Gordon that day. He was just a good, honest man trying to run the Buster. Was he cool? No, not at all, but I learned to respect him because he was responsible and had a sort of grumpy nobility. Russes come and go, but Gordons live forever. I also saw him yell at a drunk guy in the store once who was being mean to the employees. He’s the best manager South Arlington ever had.

• I got written up once at Blockbuster. I was bored one day so me and another guy who worked there named Steve set up an obstacle course when no one was in the store. One of the challenges was to jump over a circular clearance bin that was made out of cardboard. It was a tough stage of the course. I wasn’t tall enough to hop clear over the bin so I did this jump and scissor move (like the poster for Jumping Jack Flash) but my inner thighs caught the side of the bin and I fell backward with my ass falling right into the clearance bin, which crushed it. This was all caught on tape. 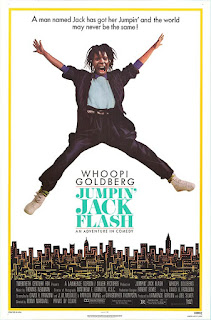 • One of the great parts about working at Blockbuster was getting five free rentals a week. At the time I was checking out new releases but I would save a couple of rentals for older films, too. I went on a tear for a little while, renting Asian films from the foreign section and boy did I pick out some good ones! This is how I saw Shall We Dance?, The King of Masks, Yi Yi, Eat Drink Man Woman, The Emperor and the Assassin and The Eel for the first time. I’ve always been drawn to Asian cinema, especially dramas, and this is where that all began.

• I worked at Blockbuster during my senior year of high school, which was when I first started noticing I had a problem with depression. At the time I would watch a lot of depressing movies because I always found it more beneficial to watch sad movies when I felt bad. It gave me an outlet to project my sadness at. The best depressing movie I saw during my ‘Buster tenure was definitely Don McKellar’s Last Night (P.S. he also was part of the creative team behind The Red Violin, which I remember liking a lot at the time too). Last Night is a little-seen movie about the end of the world and how a group of people decide to use their last night alive. Has anyone else seen this movie? It’s something. 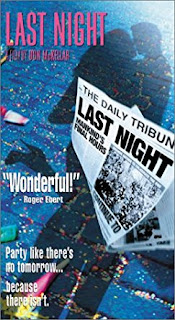 • Run Lola Run was another movie I recommended a lot. If someone came up to the counter with a copy of Run Lola Run to rent they would earn major cool points. It’s like they knew we were living in the Matrix. Fifty percent of the time when someone would return the movie they would get mad at me because it was in German and they had to “read the movie.”

• Speaking of customers getting mad at recommendations, I saw first-hand my co-workers learning the hard way about recommending The Insider to people. This was one of the first VHS tapes to do black-bar widescreen on all its copies (because Michael Mann does and Michael Mann does) and people were LIVID about it. I would often hear things like “I didn’t pay all this money for my big TV to get black bars.” If you tried explaining widescreen, they would be more likely to punch you in the face then understand where you were coming from.

• This one is a little gross, so I apologize in advance. In the break room bathroom there was an EDtv poster on the door, so anytime you had to go #2 you had to look at the fucking cast smiling at you. I think that’s why for a long time I would associate McConaughey and Jenna Elfman with “shit movies.” I will never watch EDtv because of it. On that note, there was also that time when someone came in and shit in the store (not in the bathroom, but in the store) but I won’t go into that because that person was not well. Let’s just say it was deeply scarring. It was around the holidays and their companion rented I’ll Be Home for Christmas. My assistant manager Mike had to clean the areas in the store that were affected. I felt so bad for him. 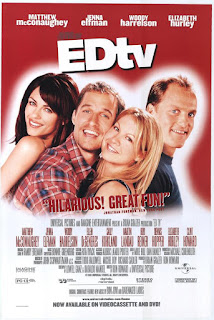 • I couldn’t check out videotapes to myself for some reason. A manager had to do it for you. It was one of the rules. Never made sense to me. Anywho, there would be certain chick flicks like The Bachelor or Drive Me Crazy that I would want to see but would be too embarrassed to check out in front of one of the managers. So I made up a pretend girlfriend who I was renting the movies for. This plan backfired on me once. Cut to about a month after The Bachelor’s DVD release and I actually did have a girlfriend who came into the store. Someone I worked with (I think it was Steve) asked my gf Elana if she thought The Bachelor was good. She said she’d never seen it. Steve goes “Oh, Adam said he rented it for his girlfriend.” Elana thought I was cheating on her and we got into a fight. I told her that I made up an imaginary girlfriend so I could rent rom-coms. She seemed more disappointed than if I was just cheating on her.

• The ending of Arlington Road rocked my community. For weeks people would walk into my ‘Buster and be like “Have you seen Arlington Road? I can’t believe they did that.” Same with 8MM but that conversation was more like “I can’t believe you have filth like this in your store.”

• The home video release of The Green Mile was a big deal in the summer of 2000. Normally when a big movie came out we would give it one full shelf, but The Green Mile had two shelves. I had to set it up after closing one night. Because it was a big deal, I suggested we get green construction paper and lay out a path from the front door to the walls with The Green Mile. My manager said no, which I thought was a real missed opportunity. She was always like that though – no vision. She would also tell me to clean the shelves and then get mad I was too slow cleaning them. My response was “Do you want them done fast or do you want them done right?” Never hire high schoolers. I miss Blockbuster. 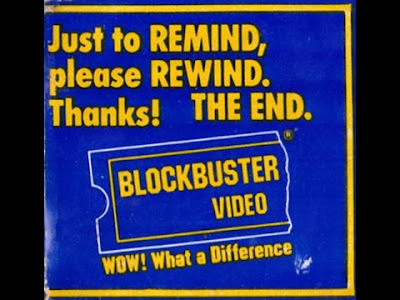 P.S. “Reserved Seating” will return next week. We just needed a week off after F This Movie Fest!
Posted by Patrick Bromley at 5:00 AM