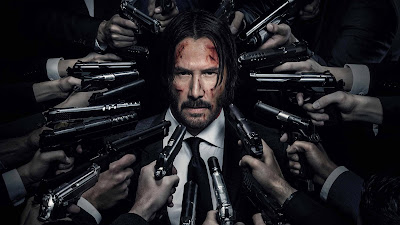 When John Wick was released back in 2014, it was rightly hailed by a significant number of film fans -- myself among them -- as one of the best American action films of the new century. Directors David Leitch and Chad Stahelski, both of whom come from the world of stunts and fight choreography -- made a film that was lean and stylish, tightly focused on a single revenge mission while hinting at a larger universe inhabited by assassins with their own traditions and societal rules. It also confirmed something that I've been arguing since the '90s, which is that Keanu Reeves is one of the great action stars of all time. This is the most interesting and exciting phase of his 30-year career, as he's making the movies that interest him most in the way he wants to make them. That most of these happen to be genre movies just makes it that much better.

Because John Wick was a surprise financial success -- and, more than that, so quickly became a beloved action classic -- we are now graced with John Wick: Chapter 2, which returns Keanu Reeves to the title role as the world's greatest assassin brought out of retirement after his wife dies and some thugs steal his car and kill his dog. After tracking down his car in a stellar opening sequence, John is forced back into the life of a professional hitman when an Italian crime boss (Riccardo Scamarcio) collects on a marker that helped John Wick leave killing behind in the first place. Unfortunately, getting back in business puts a target on John Wick's back and every assassin in New York City after him. Literally. 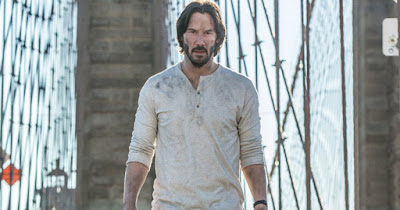 There are so many of them that this may seem untrue, but action sequels are hard to do right. The majority of them simply recycle the beats of a previous entry, wrongly believing that all fans want out of a follow up is to see the shame shit happen to the same guy twice. That might work for a second entry -- our goodwill towards the hero and some well-staged action grants you a one-movie reprieve -- but beyond that, cynicism and boredom are quick to set in. The action sequels that work best are the ones that expand on the ideas, the scope or the stakes established in the previous movies -- movies like Terminator 2: Judgment Day, The Raid 2 or even Fast Five. This is the company in which John Wick: Chapter 2 finds itself. I'm not positive it's a superior film to its predecessor (a case could be made, but it doesn't matter to me one way or the other because we're lucky to have both), but it is an example of how to do a proper action sequel: take what's good about the first film and give us more of that foundation while building something new on top of it.

Chad Stahelski goes it alone as director of John Wick: Chapter 2 (his former co-director David Leitch is now making Deadpool 2, so he's doing just fine), retaining both the stylish, bold lighting design and the no-nonsense shooting style that puts the actors in wide shots and allows fights to play out with a minimum of cuts. This is a big advantage of casting Keanu Reeves, who has trained in fighting and martial arts since his days on The Matrix and is able to pull off the choreography in a way that is totally convincing while never superhuman. There is a plausibility amidst all the over-the-top violence and insanity even in the way John Wick holds his gun high and tight so as to better shoot as many heads as possible; it's more about accuracy and efficiency than it is about looking like a badass out of a John Woo movie. Like in so many of his action movie, Reeves' best qualities are put to good use: he is a man of deeds, not of words, and his blankness suggests a total dedication to a single goal. Last time the goal was revenge. In the sequel, it's revenge and survival. 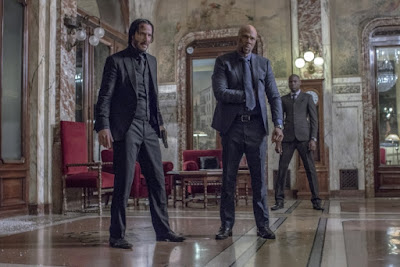 It's the "survival" aspect that turns John Wick: Chapter 2 into the great sequel it ends up being, because at a certain point the movie becomes a version of The Warriors in which Wick has to make his way across New York City while every single person he passes is a sleeper assassin trying to kill him. It's an incredibly inspired sequence that winds up being more like the back half of the film, and Stahelski's ability to continually find inventive ways to stage action keeps Chapter 2 thrilling in a way that few action sequels manage to be. It is not a marked improvement over the first film nor does it feel like it belongs to a totally new genre (the way The Raid 2 does), but it's just different enough to feel fresh while still very much a continuing piece. Without going too far up its own ass to explain the specifics of the assassin society introduced in John Wick -- special coins, special cleanup crews, special hotels, special rules -- Chapter 2 answers some questions while introducing compelling new ones. None of that is really what interests me in those movies (that would be all the head-shooting and dick-kicking), but the attention to world-building detail is a welcome bonus.

There are times, too, when John Wick: Chapter 2 can't help but succumb to convention. It's not quite, as I have heard it described, some next level shit, but a really creative and stylish execution of an action formula that is, in many ways, very familiar. Like in the original John Wick, I'm not sure if the climactic showdown is an homage to or a parody of overused action movie tropes; the first film's fight-in-the-rain is replaced here by a shootout in a hall of mirrors. That's some James Bond shit right there, but there's a ferocity to how it's handled in Wick 2 that makes it intense and crazy instead of campy, as it's so often presented with Bond. I love how many of the fight scenes and gun battles in the second half of the film are all about where John Wick is going to get his next round of bullets -- and, of course, which heads he's going to put them in. 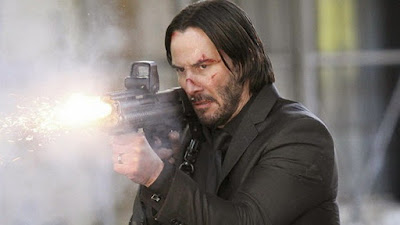