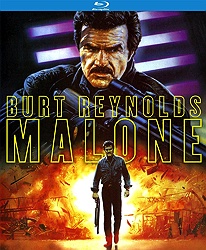 He didn’t start the fight…but he’ll sure as hell finish it.

Though Burt Reynolds will most likely be best remembered as an icon of the 1970s, a decade during which he was one of the biggest box office draws in the country and made several classic movies like Deliverance, Hooper, The Longest Yard and White Lightning, a big part of me prefers the Burt Reynolds of the ‘80s. His star had fallen somewhat, and while he wasn’t yet destroying his legacy by appearing in any terrible project willing to offer him a paycheck, his choice of projects was often a little darker, a little nastier and a little tougher than some of his previous work (this applies only to his action movies and dramas, of course, and not to stuff like The Cannonball Run and its sequel). These traits all apply to Malone, his 1987 crime drama available on Blu-ray as part of Kino Lorber’s “Studio Classics” line. 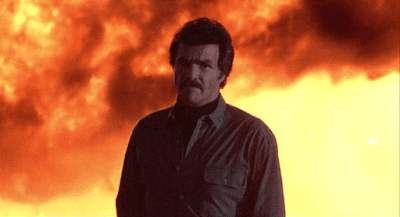 Adapted from the novel of the same name by William P. Wingate, Malone finds Reynolds playing ex-CIA operative Richard Malone, who, as the movie opens, walks away from a job and hits the road. He ends up at a small country house owned by a kindly mechanic (Scott Wilson) and his young daughter (the always adorable Cynthia Gibb). He discovers that the town is under the control of ruthless businessman Charles Delaney (Cliff Robertson) and his squad of hitmen and goons, which rubs Malone the wrong way. After a number of altercations that end in violence, Malone’s CIA handler and ex-lover Jamie (Lauren Hutton) steps in to help out. Ultimately, though, it’s a situation Malone has to handle by himself…and handle it he does.

Many an action icon has his own Malone, in which the hero arrives in a sleepy town and discovers misdeeds, making changes and often depending on the kindness of strangers. Steven Segal made Fire Down Below. Jean-Claude Van Damme made Nowhere to Run. Swayze made Road House. If I prefer any of those movies to Malone it’s most likely because I grew up in the era (era) of the ‘80s and ‘90s action star, having less a relationship to Burt Reynolds. He’s appropriately tough here, though, and fun to watch in that grim-faced, just-how-badass-is-he way. There are long stretches without any action, but even those beats are easy to get through thanks to the performances by Wilson and Gibe, radiating all of the likability that Reynolds is keeping in check. Director Harley Cokeliss isn’t afraid to let the scenes at the house play out quietly and stages the action with little pretentiousness. It’s meat-and-potatoes stuff, up until the point when the movie stops so Burt Reynolds and Lauren Hutton can hang out for a little while (and a ludicrous final shot, about which the less said the better). Detour aside, Malone is a satisfying little late ‘80s sleeper. 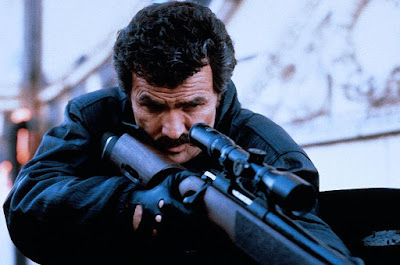 Kino Lorber’s Blu-ray of Malone presents the movie in a full 1080p HD widescreen transfer in its original 1.85:1 aspect ratio. The transfer is somewhat uneven, with colors coming off as washed out and grain levels changing drastically from one shot to the next. It’s certainly watchable, but that’s as much praise as I can offer the HD master for this catalogue title. The lossless stereo audio track is equally adequate; dialogue is clear and some of the action effects are afforded more attention, but it’s a straightforward presentation at best. The only bonus feature is the film’s original theatrical trailer accompanied by a collection of HD trailers for other Burt Reynolds movies, most of which are available on Blu-ray from Kino Lorber: White Lightning, Gator, Sam Whiskey and Navajo Joe.

My affection for Malone can mostly be attributed to my having a high tolerance for this kind of junk. But as junk goes, Malone is pretty good. I dig this period in Burt Reynolds’ filmography (the era [era] of Sharky's Machine) and Malone is a solid example of the kinds of darker, more violent movies he was making in the later ‘80s. Kino Lorber’s Blu-ray is just ok in terms of A/V presentation and bonus features, but any Burt Reynolds completist would do right to add this catalogue title to his or her library. Plus, you know, Cynthia Gibb. 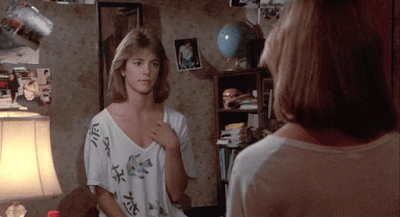