The world is a rainbow. So are this week's picks. 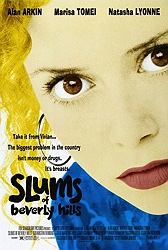 Slums of Beverly Hills (1998, dir. Tamara Jenkins) This very funny coming-of-age story is the movie that put a young Natasha Lyonne on my radar, and it's still maybe my favorite performance she's ever given. She plays the daughter of Alan Arkin, patriarch of a broke family who move from place to place when they can't pay the rent. Marisa Tomei shows up, as does a very funny David Krumholtz. For some reason, writer/director Tamara Jenkins has only made two features: this and 2007's The Savages. This is a crime, because both are terrific and hers is a voice that needs to be heard more in cinema. (Watch on Netflix) Author: The JT LeRoy Story (2016, dir. Jeff Feuerzeig) I had to stick with this documentary, released last year, for a while before it started to click into place for me. Having been mostly unfamiliar with the saga of cult author JT LeRoy, I was finding the whole thing indulgent and more than a little in love with itself. The longer it went on and the deeper and weirder the story got, however, the more I began to understand that the self-absorption was pretty much the point. This is a movie about a cult of celebrity and an emperor without clothes, layers deep in deception and denial. The less you know going in the better. (Watch on Amazon Prime Video) 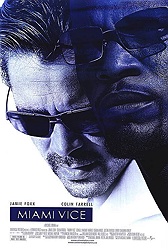 Miami Vice (2006, dir. Michael Mann) I've spent the last several years talking to anyone who will listen about how much I love this movie, which I consider to be one of the best crime dramas of the 2000s. I know the digital photography and Colin Farrell's stilted performance can rub some people the wrong way, but both are elements I've grown to love with repeat viewing. There's too much brilliant filmmaking and too much sad beauty for me not to love -- good luck ever hearing Moby's "One of the These Mornings" the same way ever again. If you ever have the inclination, read up on the production problems the film experienced. It's fascinating. That Michael Mann was able to salvage a movie at all is a miracle, much less one I consider to be a masterpiece. Hulu is streaming the theatrical version of the movie; while I prefer the longer director's cut, the theatrical version has the better opening (it drops us right into the nightclub). The combination of both those versions would be perfect. (Watch on Hulu) 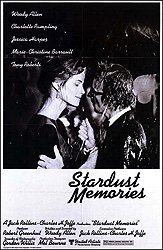 Stardust Memories (1980, dir. Woody Allen) For a long time I would not have considered this among my favorite Woody Allen movies, but I'm starting to suspect it's because I watched it far too young. I'm recommending it this week because I, too, want to revisit it after listening to Elric Kane and Brian Saur wax rhapsodic on their new (and fantastic) Pure Cinema podcast. Even if I don't love it this time around, I can almost guarantee that I will be able to appreciate it more with many years of age, experience and movie watching. Plus it's got Jessica Harper, so of course we should all see it. (Watch on FilmStruck) 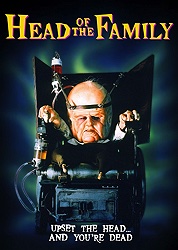 Head of the Family (1996, dir. Charles Band) Because life can't be all literary documentaries and Fellini homages, I'll recommend this Full Moon classic about a giant talking head in a chair. He's a crime boss ruling over a family of siblings, each of whom has only a single defined characteristic. It's definitely the kind of movie where I'm pretty sure they started with the title and worked backwards, but it's also goofy and weird enough to be totally charming. The real reason to recommend the movie, though, is the performance of Jacqueline Lovell, who worked for Full Moon a handful of times and is one of the best stars the studio ever produced. She's sharp and impossibly pretty with great comic timing and a real knack for knowing just what movie she's in but never playing above or below the material. Every time I see her in something, I want to see her in more stuff. (Watch on Full Moon Streaming)
Posted by Patrick Bromley at 12:00 PM