I'm going to be marathoning a bunch of favorites this weekend, but you should all watch these! 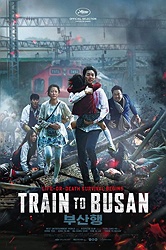 Train to Busan (2016, dir. Sang-ho Yeon) You probably saw this Korean zombie film from last year on a ton of 10 Best horror lists near the end of 2016. I don't think I had it on mine (I still think it's a little on the long side and aims for some emotion it doesn't quite earn), but it's really good, especially for a genre that feels as played out as the zombie movie does these days. The premise is simple -- people get caught on a train as a zombie plague breaks out -- but the execution is very effective, the zombies are cool and there are some tweaks here and there that offer some novelty. Plus, you have to like any movie with the audacity to have zombies rain down from the sky. (Watch on Netflix) 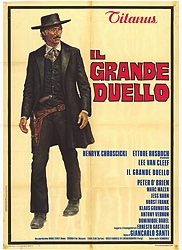 The Grand Duel (1972, dir. Giancarlo Santi) A great Italian western starring Lee Van Cleef as a sheriff who must protect a man accused of murder (Alberto Dentice) from bounty hunters looking to kill him. Giancarlo Santi was Sergio Leone's A.D. on a number of classic westerns; this is one of the few he directed himself and it's awesome. These days it's probably best known for the score by Luis Bacalov, which Quentin Tarantino repurposed during the O-Ren Ishii anime sequence in Kill Bill Vol. 1. (Watch on Amazon Prime Video) 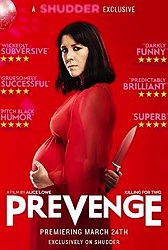 Prevenge (2016, dir. Alice Lowe) I haven't seen this yet, but I'm recommending it because a) it looks great, b) I have heard it is great, c) I have wanted to see it since it began playing the festival circuit and d) instead of getting a wide theatrical release following its festival run, the movie is instead premiering on Shudder. This is incredibly exciting and bodes well for the future of the service, which continues to expand and explore new possibilities beyond programming a bunch of old favorites. There is no other streaming service that excites me more these days. (Watch on Shudder) 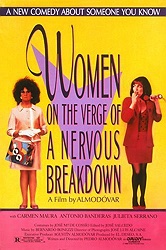 Women on the Verge of a Nervous Breakdown (1988, dir. Pedro Almodóvar) Hulu just added a bunch of Almodóvar movies to their library, all of which you should watch. I won't ever fully understand why Almodóvar remains limited to mostly cult status, as his movies are all exploding with color and life and he consistently writes great roles for women (I still maintain that Penélope Cruz should have won the Best Actress Oscar for Volver). All of these things are true of Women on the Verge of a Nervous Breakdown, a comedy drama about a soap opera actress (Carmen Maura) whose life begins to turn into a soap opera. The film -- which also features a performance by a very young Antonio Banderas -- is terrific and Maura is incredible. (Watch on Hulu)
Posted by Patrick Bromley at 12:00 PM