A collection of my weirdest movie date nights. Leave your own greatest hits in the comments!

Katie
I was a junior in high school and went on a double date to see The Faculty. Halfway through the movie I decided to make my big move on Katie and picked her leg up off the ground and put it on my lap. Keep in mind there was a stationary arm rest in between us, so it was probably not very comfortable for her. Making things worse, my friend Charlie saw what I did and gave me a thumbs up. Once I got her leg in my lap I didn’t do anything with it because I didn’t know what to do with it. It was poor planning. I might have had one hand on her shoe at some point. Is that second base? We went out for about a month and she told me she wanted to break up, which was impressive because her reputation in high school was “cute, never talks.” She found the words that time.

Julie
My high school girlfriend, Julie, and I went to a few movies during our senior year. One of them was Magnolia. On that night she was more about spending time with me but I really, really wanted to see Magnolia. We get into the theater and there are no two seats together. I sat down in the first one I could find and looked at Julie like “you better go find a seat before they’re all gone.” She looked at me hurt. Three and a half hours later, she told me how she was upset with me for not leaving and seeing another movie where we could sit together. I said “Tonight was about me seeing Magnolia.” We broke up about a month later. 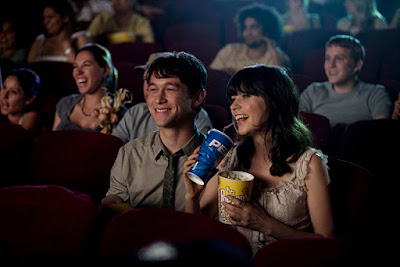 Girl in college (don’t remember her name)
I became friends with a guy from Korea in one of my college classes. He asked if I wanted to double date with him, his girlfriend and one of her friends sometime (the two ladies were also from Korea). I said sure. Cut to our date night and we go to the student union for a screening of Ethan Hawke’s Hamlet (HOT). I asked my friend “Tony” (that was the American name he wanted people to refer to him by in school) what he told the girl about me. He said “I said you’re exactly like Stifler.” I said “Why did you say that? I’m not like Stifler.” He said “She likes Stifler.” So I’m sitting there with my date and had to pretend that I was the Riskmeister or something for the entirety of the evening. She didn’t like my Riskmeister style and we never went out again.

Tricia
Tricia was my girlfriend for most of college and the girl I intended to propose to after I graduated. It never came to pass. The last movie we saw together was The Day After Tomorrow. I knew something was off that night because she was barely talking to me before the movie. I kept asking her what was wrong. She wouldn’t tell me. Then as the lights went down and the trailers were about to start she says “I love you. I just don’t know if I forever love you.” I let go of her hand and sat there for two hours or so watching The Day After Tomorrow and intermittently sobbing. She got up about 20 minutes in and went out in the lobby to call her friends. I had to drive her home after the movie. We didn’t break up that night (we did a few days later) but I do remember it being one of the worst nights of my life. Every time I see The Day After Tomorrow is on FX, I get the chills.

Stacey
I went with a big group of friends to see Super Size Me at the nearby dollar theater one night. One of those friends was this girl Stacey, who I had known for a few years (she used to date one of my other friends who had since moved away). I sat next to Stacey and we were making jokes to each other during the movie. I turned to her after one of those jokes and she stuck her tongue out at me. I decided it was a good idea to take my index finger, place it under her chin and guide her tongue into my mouth. We full-blown made out for like 45 minutes during Super Size Me. During one of the kissing breaks, I looked up and my friends Chris and Karla were staring at me like “What the fuck is happening over there?” After the movie was over, Stacey and I announced to the group that we were now a couple. We went out for a little while but it fizzled out quickly. I wasn’t over Tricia and Stacey would do weird shit that annoyed me. On our first official date, we went to a restaurant and didn’t order anything because she said she was nervous. So I was like “You’re just going to watch me eat?” You know, stuff like that. There was also one time she was very smothery when we watched Garden State and I hid in the bathroom for 20 minutes. I miss her. She might have been one of the ones that got away in retrospect. 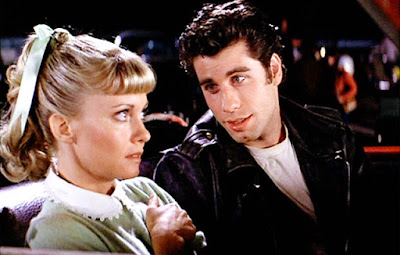 Girl from the club (don’t remember her name)
I met a girl at a local club and we hit it off. For our first date, I suggested we go to a midnight screening of The Rocky Horror Picture Show. She said sure and we agreed to meet there. The date was going fine until I asked her “How long did it take you to get here?” She said “Three hours.” Turns out she lived in Springfield, IL, and drove all the way to Woodridge, IL (which is a little under three hours) to go on a date with me. The date was fine but I thought that was cuckoo/desperate and never called her again after that night.

Jessica
Jessica was a girl I worked with and the only time I went out on a date with a coworker post-college. It’s usually not a good idea. We went out to dinner and then to my friend’s holiday party. All was well. Not a great date, but fun. Then at around 11pm, the holiday party was ending and Jessica suggested we go meet up with her friends at a nearby dive bar. I wasn’t in the mood to meet her friends yet so I suggested a movie. She said “Ok.” Then I took her to the movie theater nearby and asked her what she wanted to see. “I don’t care. You pick,” she said. Then I uttered the three words that sealed my fate “Two for Syriana.” After the movie was over she seemed mad, we never dated again and we had a chilly relationship at work afterwards. I made a mistake but to be fair I had to see if Syriana was going to make my top ten list that year. It didn’t. 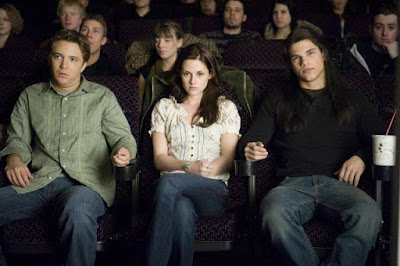 A different girl from a bar (don’t remember her name)
I was at this bar called Hye Bar, which was down the street from the Music Box Theatre about ten years ago. I met this girl and we hit it off. We had a few drinks and things were looking pretty promising. Around 11:45pm, I said to her “Want to get out of here and do something fun?” She said yes. So I turned to my friends I was with and said “Do you mind if she comes with us to Leprechaun?” The girl looks at me and says “You don’t live around here.” I said “No, I live in the suburbs. You’re really going to like Leprechaun. They like never play it in theaters and the Music Box has a midnight of it!” She then said “I’m going to go back to my friends now. It was nice meeting you.” I may have miscalculated.

Erin
Erin was the Emma Stone to my Ryan Gosling. We had chemistry! It was palpable! It was hot! One night early in our relationship, she asked if I wanted to go back to her place to watch a DVD. I knew what that meant so I said yes. She put on Walk the Line, we watched a few minutes and stuff happened. The next time we went out she said “Do you want to go back to my place and watch Walk the Line?” I said “Hell yeah!” She puts the DVD in and I start taking off my shirt and pants. Erin starts laughing and said “No, I really need to watch the movie this time so I can return it to Netflix.” I said “My bad. I thought it was code for sex.” We dated for a little while. I screwed it up. She liked Sangria and Wishmaster. She was probably the one. Sigh. Now I’m doomed to a life alone.

Girl I met at a singles event (don’t remember her name)
I took a girl on a dinner date to the nearby mall Cheesecake Factory. We met there at 8pm and really had a great time together. We went back to my car and made out in the Cheesecake Factory parking lot while listening to the Silverchair’s Greatest Hits CD I bought at the mall that night. It’s getting to be like 11:30pm and she wants to go back to my apartment to spend the night. The problem was I was thinking we’d be done by 11:30 and my plan was to go to the midnight premiere of Rob Zombie’s Halloween at the nearby movie theater. So I had the option of having sex or seeing Rob Zombie’s Halloween. I chose the movie. I think she felt rejected because she never returned my calls.

A different Julie
Julie and I dated for a few months. We went on opening night to see Indiana Jones & the Kingdom of the Crystal Skull. After the movie ended I was inconsolable. I had never been more disappointed in a movie in my entire life. I was quiet as we walked back to the car. Julie broke the silence and said “That was fun.” Mr. Hyde came out and I said “What are you talking about? That was awful! I can’t believe you liked that shit.” On the drive back to her condo Julie was like “Don’t you think you’re being dramatic?” I was still being a douche so I said “How can you like that movie after seeing the other ones?” She said “I’ve never seen any of the other…” “WELL THERE YOU GO!” I said finishing her sentence. We broke up a bit later. No joke the day before I decided to break it off I had a dream and in that dream DENNIS QUAID told me I should break it off with Julie. When Cap Rooney wants to QB your love life, you let him!

What are your funny/unusual movie dating stories?
Posted by Patrick Bromley at 5:00 AM

Email ThisBlogThis!Share to TwitterShare to FacebookShare to Pinterest
Labels: indiana jones and the kingdom of the crystal skull, leprechaun, movie dates, riske business, the faculty