This week's streaming picks honor the passing of the great Jonathan Demme.

Many of Jonathan Demme's best movies are not currently available to stream via subscription service, but that will give you the opportunity to dive a bit deeper into his filmography and check out these titles you may have missed. 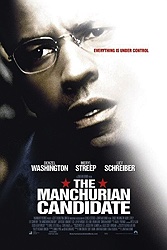 The Manchurian Candidate (2004, dir. Jonathan Demme) Here's a movie that usually gets lumped in with Demme's failures (it's basically this and The Truth About Charlie, both of which are remakes). It deserves better even if it's not one of Demme's best. Yes, it may not live up to John Frankenheimer's original movie, but such is always the risk when taking on a property as classic as this one. Demme's update boasts an incredible cast, including Denzel Washington, Liev Schreiber and Meryl Streep, and brings many of the original film's paranoid concerns into the 2000s. The movie works as a thriller and as an acting showcase; I suspect there's more going on here, too, in terms of it commenting on the nature of remakes, but I'll need to revisit it before I can confirm. Hopefully that's what I'll be doing this weekend. (Watch on Netflix) 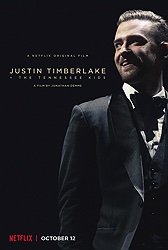 Justin Timberlake and the Tennessee Kids (2016, dir. Jonathan Demme) Jonathan Demme loved music and made a lot of music and concert documentaries over the course of his career. This concert film, recorded during the final night of a two-year tour for Timberlake, captures the singer and his backup musicians giving it their all in Las Vegas and does a brilliant job of reflecting just what a dynamic and entertaining performer Timberlake is, regardless of how you feel about his music (though I would argue it's difficult to come away from this film and not enjoy the music, and I say this as someone with a very low tolerance for dance pop). As he did back in the '80s with Stop Making Sense, Demme opens up the stage and brings us in to see all the performers, allowing numbers to play out in longer takes and wide shots -- a beautiful balance of keeping us in the audience for the spectacle and bringing us up close and personal to the musicians. No one could bring live music to life like Demme. This wound up being his last feature. I'm happy he went out on a high note. (Watch on Netflix) 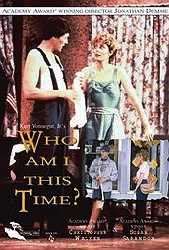 Who Am I This Time? (1982, dir. Jonathan Demme) JB mentioned this American Playhouse production in our writeup of our favorite Jonathan Demme movies this week. Despite being a big fan of both Kurt Vonnegut and Jonathan Demme, I haven't seen it. I'm happy to see that it's streaming for free for Prime subscribers because I'm going to remedy my oversight right quick. (Watch on Amazon Prime Video) 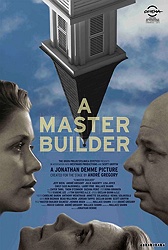 A Master Builder (2014, dir. Jonathan Demme) A sort of spiritual sequel to Vanya on 42nd Street, this one reunites Wallace Shawn and André Gregory for a cinematic adaptation (scripted by Shawn) of Henrik Ibsen's 1893 play. I love how Demme bounced around between commercial projects, documentaries, concert movies and experimental films like this, always finding interesting ways into the material both thematically and visually. It's worth watching not just for Demme's touches but also for the acting, which is, not surprisingly, uniformly great. Julie Hagerty gets her best role in 30 years and crushes it, which is a sentence you might not have expected to read today. (Watch on Filmstruck)
Posted by Patrick Bromley at 12:00 PM

Email ThisBlogThis!Share to TwitterShare to FacebookShare to Pinterest
Labels: a master builder, filmstruck, i stream you stream, jonathan demme, justin timberlake, netflix instant, who am I this time