Laughing at the Sucky Stuff 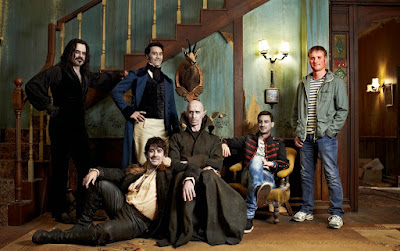 And in this landscape of epic suckage I’ve taken to relishing in the banal; small, predictable bits of my life based wholly in instant gratification. I binge watch Buffy the Vampire Slayer with my cat, cook meals with my boyfriend, and venture out into the Queens sunshine to read—none of these small pleasures are particularly extravagant, but lately they’re the ones that do it for me most. Just last night I was eating a mango watching more Buffy and couldn’t have been happier; I didn’t check Twitter, I didn’t obsessively scroll through headlines—I focused on me, myself, and my immediate surroundings. It was perfect. 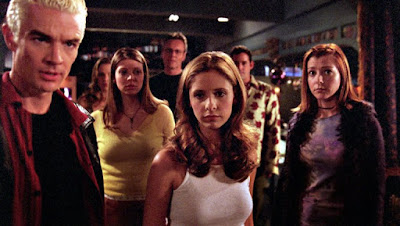 The running entertainment during this cleansing phase has been Buffy. A Joss Whedon trash fire that wears its escapism on its sleeve, it’s a show that is cheesy, melodramatic, and super predictable in its attempted curveballs. But however lame, I’m almost out of this magic-infused teenage drama, and with only 40 or so episodes left, I know I’ll miss it. So, in an attempt to wean myself off the certain blonde starlet and her rag tag group of Scoobies, I found the methadone to this entertainment addiction: more suckage.

Specifically, Taika Waititi and Jemaine Clement’s What We Do in the Shadows and how it approaches an eternal life filled with simplicity: errands, roommate conflicts, and blood.

Since the 19th century, Vampires have embodied danger, sex, and desire. Half man, half god and all angst, these once-mortals defy law and ethics; they live life to satiate their id above anything else. Their narratives, steeped in cool brooding energy, almost always involve a slightly androgynous, eerily sexy, and very skinny white person being sad about who knows what. Sure, typically these characters are marred with the trauma of centuries of life under their belts—a soul eroding, left to deteriorate its host into more of an animal that a human or a god—and must act like sad 16-year-olds so we “get it,” but why? In the centuries of vampire lore, so many logistical questions still remain unanswered. 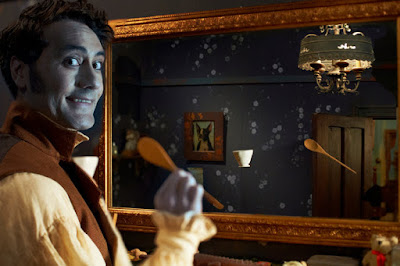 And this is what What We Do In The Shadows does so fantastically. It takes the rules and codes of vampires and runs them through the scope of present-day. And not in that horrendous nightmare version of present day that is Twilight, but realistic present day. How do average human acts translate for beings that have been doing it for hundreds, if not thousands, of years. If you think it pisses you off when someone you live with leaves a dirty dish in the sink for a few days, imagine what that feeling grows into after 100 years.

Viago (Taika Waititi) welcomes us into his dark flat. With a sunny temperament perfectly replicating the excitement of a child, he begins his tour. In the style of a Maysles brothers’ documentary, Viago and his flatmates Vladislav (Jemaine Clement), Deacon (Jonathan Brugh), and the 8000-year-old Pyotr (Ben Fransham) give us an honest interpretation of life as nocturnal citizens of a small New Zealand city and showcase a softer side of vampirism. The world building here is rigorous, and you can see that this was a true labor of love.

What appears on the surface as not much more than a product of a lengthy “what if” conversation about vampiric tropes is a well composed and well-researched homage to the undead. Left to their own devices during the daylight hours, the vamps are delightfully out of touch with 21st century living. Having not quite lost their human ingenuity, however, the group works around modern conventions to live their lives to the fullest, yielding the film’s funnier moments. 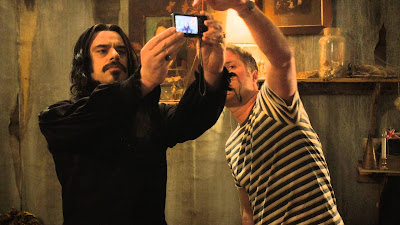 We see the bat boys get ready for a night on the town. Each vamp has his chance to show off his outfit—not out of narcissism, mind you, but because they literally can’t use a mirror to gauge on trend-ness. And of course vampires can’t see themselves in mirrors—we all know this, but rarely has a movie highlighted the level of day-to-day inconvenience this brings. To compensate, they turn to drawing stick figures of one another in charcoal to give an impression of what their outfits look like. Like, if that’s not tender, caring friendship, I don’t know what is. The front half of the movie is full of instances like these; we see the group trying to get into a club and fail due to lack of invitation, struggle to acquire victims, and play tough in front of a gang of werewolves.

The ludicrosity continues as a new vampire joins the nest. After an attempted feeding gone awry, Nick (Cori Gonzalez-Macuer), gets sired by the monstrous Pyotr. Young, dumb, and itching to share his new secret, Nick begins causing problems immediately. He does, however, bring along his best mate Stu—a wonderfully mundane young man with little to no personality. The vampires adore him, he quenches their thirst for newness and essentially functions as the film’s Bella Swan.

While the movie is 900% hilarious, this new undead perspective is complex, and still manages to pull at your heartstrings. Its darkness is one of reflection—speaking to the sadness of our heroes’ plight. As men who have lived for centuries, they are faced with daily tasks that, much like water torture, begin to wear them down as people. Viago even comments on Vladislav, saying it’s a wonder he’s kept himself together after so many years of life.


The film sets up a bit and follows it through to absurdity. Backed by an impressive score and coursing with goofs, it’s a comedy that doesn’t have to advertise how smart it is. What We Do in the Shadows is a wonderful smorgasbord of vampiric lore that both honors the banal as well as make it somewhat scary. It’s the standard of what horror-comedy should be and I wish there were six seasons of it so I could watch that instead of Buffy the Vampire Slayer.

Email ThisBlogThis!Share to TwitterShare to FacebookShare to Pinterest
Labels: 2015 movies, horror comedies, jemaine clement, taika waititi, vampire movies, what we do in the shadows