Win a Copy of Split on Blu-ray! 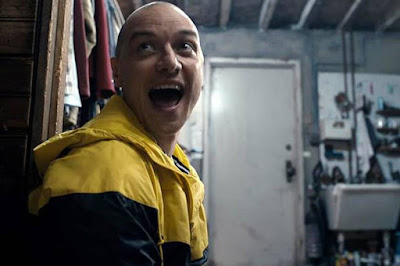 Bring home all 23 of McAvoy's personalities!

M. Night Shyamalan's Split not only raked in quite a lot of money upon its release, but also helped skeptical viewers who had written the once masterful filmmaker off after a string of misfires. The James McAvoy-led thriller, revolving around three kidnapped girls trying to outsmart their captor, a man with more than his share of multiple personalities, was a breath of fresh air and one hell of an experience.

To celebrate the home video release of the Blumhouse/Universal film (which hits Digital HD on April 4, 2017 and on Blu-ray™, DVD and On Demand on April 18, 2017, thanks to Universal Pictures Home Entertainment), we have (1) Blu-ray copy of Split for one lucky reader, so by all means, enter the giveaway and be sure to check the film out regardless!

To enter, send us an e-mail (fthismoviepodcast@gmail.com) with your name and address and we'll pick one reader at random. All entries must be received by 11:59 PM (CST) on April 13. Contest open to U.S. residents only. 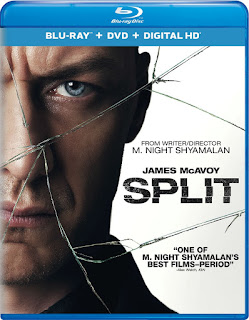 M. Night Shyamalan returns to the screen with SPLIT. Kevin Crumb’s (McAvoy) fractured mind has revealed 23 personalities, but one remains dangerously submerged, set to materialize and dominate the others. McAvoy delivers “the role of his career” (Peter Debruge, Variety) as Kevin reaches a war for dominance among all those that rage within him, threatening his stability and impacting the survival of everyone around him.

BONUS FEATURES ON BLU-RAY AND DVD
Alternate Ending
Deleted Scenes
The Making of Split - Filmmakers, cast, and crew discuss what attracted them to the project and how they were able to bring such a unique premise to life.
The Many Faces of James McAvoy - A look at how James McAvoy approached the challenge of playing so many different identities.
The Filmmaker’s Eye: M. Night Shyamalan - Director and writer M. Night Shyamalan has a singular, big-picture vision of his projects. Producers, cast, and crew discuss how Night’s process gives them the freedom to execute their roles to the fullest.