One of my favorite movies of 2016 is among the visionary films to stream this week. Plus Skeet Ulrich! 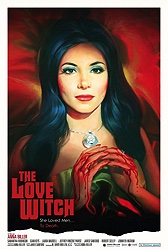 The Love Witch (2016, dir. Anna Biller) One of my favorite movies of last year. The Love Witch, an incredible work of perfectionist love [writer/director Biller also edited, wrote the score, did the production design, made the sets and sewed the costumes) and one of the most beautiful movies I've seen in a long time, was hard to see when I put it on my Top 10 list. Now it's available for anyone with Amazon Prime. I can't promise you will love it, but I can insist that you see it for its commitment to its vision and for what it has to say. (Watch on Amazon Prime Video) 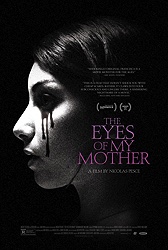 The Eyes of My Mother (2016, dir. Nicholas Pesce) This one ended up on a lot of "10 Best" horror lists last year, and while it didn't connect with me the way it connected with many others, I still think it's absolutely worth seeing. Beautifully shot in stark black and white, the debut feature from writer/director Nicholas Pesce follows one woman's journey to madness over a number of years, beginning with a childhood trauma that tells us right away this movie is not fucking around. This is the kind of first movie that makes me very anxious to see what's next. (Watch on Netflix) 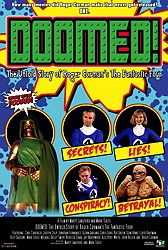 Doomed! The Untold Story of Roger Corman's Fantastic Four (2016, dir. Marty Langford) I still maintain that the never-released 1994 adaptation of The Fantastic Four is still the best of the four cinematic outings we've seen from Marvel's most famous family. It was made as a low-budget throwaway only to retain the rights to the property; this documentary examines just what happened and how hard everyone tried to make the best movie possible, only to be betrayed by producers who had their own agenda. The film is both inspirational about the can-do spirit of low-budget filmmaking and heartbreaking about the divide between the art and the business sides of movie making. (Watch on Hulu) 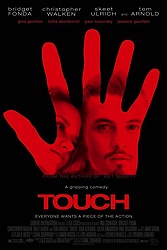 Touch (1997, dir. Paul Schrader) I can do little to defend my affection for this movie, which represents the mid-to-late '90s in every way imaginable. Elmore Leonard adapted! Skeet Ulrich as a leading man! Dave Grohl doing an original score! I'm not even sure what the tone is supposed to be. I mean, it's a comedy, but there really aren't jokes. But it's bright and it's fun and it's quirky and the cast, which also includes Christopher Walken, Tom Arnold, Lolita Davidovich, Janeane Garofalo, Gina Gershon and John Doe, is pretty incredible. Paul Schrader has made a career out of movies about faith and spirituality; this one approaches the subject from a very different angle. (Watch [with ads] on Vudu) 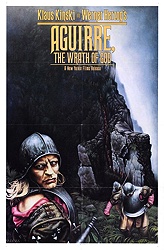 Aguirre, The Wrath of God (1972, dir. Werner Herzog) This movie came up quite a bit in the discussion following this week's final installment of Cinema Bestius, with a number of readers declaring it their favorite movie of all time. It's a choice I can get behind. I only saw it for the first time a few years ago and my immediate reaction was "That is one of the best movies I've ever seen." Having seen most of Herzog's filmography, this one remains my favorite of his -- a visionary, haunting epic of a cruel, Godless world. To be fair, that's probably also Herzog's "away" message on Skype. (Watch on Shout! Factory TV)
Posted by Patrick Bromley at 11:00 AM