A concession or a cheat—you be the judge and jury!

Who is the Pope to dictate your tastes? Yes, he is infallible, but he is also a realist. The Pope has tried this year to chart a roadmap of excellence, gently guiding his followers toward gems they may not have already discovered on their own. The Pope has suggested that silent movies can stand the test of time, has opined that horror films can be high art, has asked you to check out the wonderful film Once if you haven’t ever seen it. Yet this Pope will not require you to eat fish on Fridays. The single best film of all time is a decision, like contraception, best left to the individual.

I therefore give unto you: the “number one” film of all time is Your Favorite Movie. 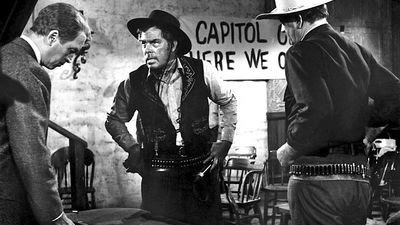 This has been a year of navigating the twin philosophies always bubbling under the surface here at F This Movie. Is one’s love for a work of art (in this case a movie) sufficient for appreciation, recommendation, criticism, and further study… or are there rules? Yes, yes… I know that all art is subjective, but should we let personal preference (and perhaps bias) hold sway, or are we part of a larger community that can—must—also use history, aesthetics, and critical judgment to (in the words of Madonna) justify our love?

Although the Pope would be a monster if he thought that any film that made anyone happy could be a bad thing, critical study and journalism, by their very natures, need guidelines and rules. There is a reason that someone going on and on in the comments section defending a piece of garbage generally leaves the rest of us scratching our heads.

Let me put it another way. You can like 1930s German documentaries. But if you like Leni Reifenstahl’s Triumph of the Will because it gives you a boner… THAT’S JUST WRONG.

(I know, I know… in floundering about for a hypothetical, the Pope chooses the well-worn, low-hanging fruit of “let’s hate Nazis.” Sorry, but you get my point. Also, not sorry because Nazis are the WORST.) 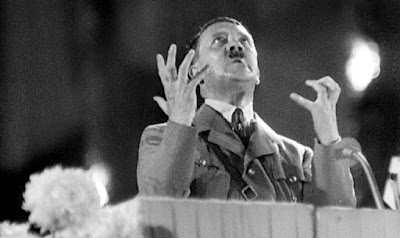 Thought and methodology went into the fabrication of the original list. The Pope did not simply plunk himself down on a barstool with a copy of Leonard Maltin and his iPad, begin ordering margaritas, and solicit the help of Skeevy Pete and the other barflies. The list was designed to encompass all genres, eras (eras), and canons (though, sorry to say, not Cannon). I decided that silent films, documentaries, and musicals would all get their due, and that particularly movie-mad decades (the 1930s, the 1970s) would not monopolize the list. Film is a director’s medium, but I made sure that crazy terrific directors would be limited to two films apiece. Hitchcock, Welles, Kubrick, Coppola, Scorsese, Spielberg, Demme, and the Coen brothers are all on that rarified list and only together account for a third of the Pope’s Top 50 films.

Here’s the entire list for quick and easy reference: 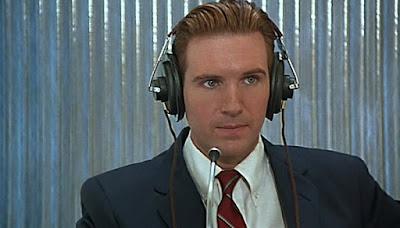 The Pope tried to turn his love and knowledge of film into a serious overview. If only the Pope’s personal favorites had held sway, then Quiz Show, Inherit the Wind, It’s A Mad Mad Mad Mad World, A Trip to the Moon, the original King Kong, The Man Who Shot Liberty Valance, Galaxy Quest, Matinee, What We Do in the Shadows, Raiders of the Lost Ark, The Exorcist, National Lampoon’s Animal House, Lolita, and Meet Me in St. Louis would surely have made the list. 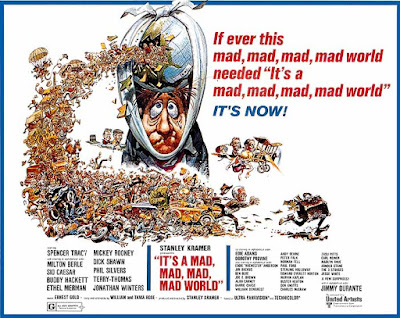 This has been an interesting yearlong journey. When the Pope first conceived a “Best(ius) Movies of All Time” column, he thought it would be easy. After all, these are the greatest films ever made; it would be easy to write about them! This proved not to be the case for a number of reasons. The Pope gained newfound respect for those who write on strict deadlines. The fact that these films are so universally beloved posed a problem. How exactly does one say something new about Psycho? This is one reason the Pope punted on Jaws—but to be fair, he only did that once.

Well, he danced instead of writing a proper column about Stop Making Sense and delegated the Blade Runner column to an expert, but you get the idea.

This ends my fifth yearlong weekly column. I enjoy writing for this website and love all the feedback I receive. I will continue to be a part of the podcast as long as Patrick will have me, and the Glutton for Punishment columns will continue, but sporadically. As I head into retirement in 44 teaching days, the Pope needs some time to recharge. I offer you all the comments section below to share Your Favorite Movie, with a line or two about why you love it, to keep this conversation going.

God bless you all. 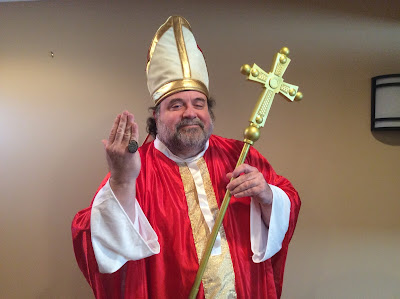