The Perks of Being a Wallflower: Bringing Up the Past, Embracing the Present 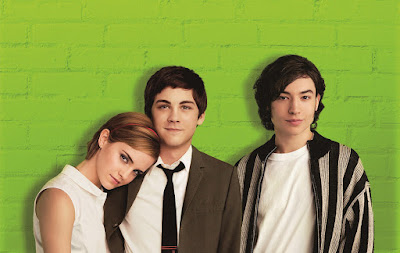 It feels good to lose yourself in a movie. Feeling that release and living vicariously through the journeys and adventures of characters that, while you might not have anything in common with them, take you on a fun ride. Those types of films are fun and typically lead to good times, but then there are films which decide to do something completely different.

It's an interesting yet completely scary experience when you come across a piece of art, whether it be a book, film or painting, that not only speaks to you in some way but makes you feel like you're reliving something very personal to you. Those types of films are important ones, because they make you realize and feel that you're not only NOT alone but that there are other people who might have felt the same way you did growing up. They make you feel like the demons and memories you've lived with your entire life are also demons other people live with as well. Those types of films are ones that refuse to fade away and which become not only films you love, but ones that you hold very, very close to your heart. Written and directed by Stephen Chbosky (adapted from his own novel), The Perks of Being a Wallflower is exactly the type of film I'm speaking of, one that after watching it upon its initial release, not only hit home for me, but brought me to absolute tears, forcing me to address things I didn't know I wanted to address. 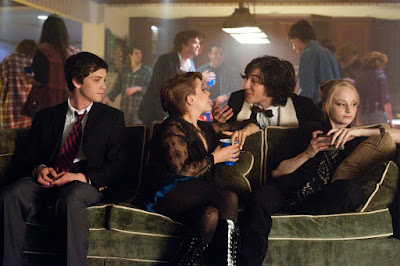 Telling the story of Charlie (Logan Lerman), a shy and very depressed young man dreading high school, The Perks of Being a Wallflower is a perfect example of giving us, the audience, characters that never feel like exaggerations but very real people. We've all either known people like Charlie, or in my case, WERE Charlie growing up. Little by little, we learn that Charlie had previously been committed for some time, due to his depression and a confusing amount of suppressed emotions. People walk on eggshells around him and he's in the dark regarding why he is the way he is. Charlie doesn't feel close to his sister or anyone at school and it's only when he attends a football game that he meets people who accept him for who he is: Patrick (Ezra Miller), a confident and openly gay rebel, and Patrick's step-sister, Sam (Emma Watson), a sweet and imaginative young woman who instantly steals Charlie's heart. There's a way Charlie looks at Sam that we as viewers can tell is something special, and it's the acceptance that Sam and Patrick show Charlie that allows him to finally be himself. Sparking a friendship with the two, Charlie is invited to a party, where he meets their circle of friends and, after eating what he initially doesn't realize is a LOT of pot-brownies, Charlie completely opens up to everyone, sounding like the poet and writer that he so desperately wants to be and letting his inhibitions down. Charlie shines in that moment and it's at that crucial point that everybody gets a glimpse of who he is. So do we.

The Perks of Being a Wallflower isn't your typical teen-angst story. It's one of pain and confusion, and it's in Lerman's portrayal of Charlie and the mind-blowing performances from Watson and Miller that really helps give Chbosky's novel and script life. Charlie loves his friends and it shows. When Patrick is picked on by his closeted gay quarterback lover and targeted at school, Charlie loses his mind and not only stands up for Patrick but downright beats the living hell out of the jocks picking on his friend. Charlie loves Sam, not in a high school "you're cuter," "No, YOU'RE CUTER" way, but his love for her is genuine. The kind of love that sees her with someone else, yet still sticks around because it's a love that will not fade and will not refrain from honesty. Charlie sees Sam's potential and sees that she is capable of more than she gives herself credit for and sees that she deserves to be treated better. It's a journey that is obviously not easy for someone who is already battling depression, but it's that love that Charlie holds that shows Sam what truly being loved feels like. Though it's a young love and deals with high school relationships (something often frowned on by snotty viewers who don't feel young people can love), it's a very genuine one and it's that open and kind heart that Charlie possesses that makes the character that much more appealing and real. 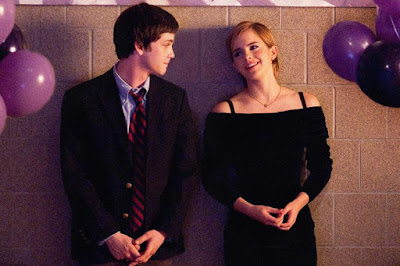 The most profound parts of The Perks of Being a Wallflower could be listed by every single element found in the film, but since we're speaking on truth and the realistic approach to the film, I figured doing the same with this article would be the best way to go about it. Little by little, we're given glimpses of why Charlie is the way he is. We know that he writes letters to a friend that we assume moved away but later find out committed suicide. We know that Charlie had been committed for undisclosed reasons and we know that he has dreams about a relative that he loved as a child. All of these elements go together to explain Charlie and when we finally realize the reality of Charlie's upbringing, it's not only heartbreaking but a moment that caused me to lose my voice and feel a lump in my throat. We find out that Charlie's aunt had molested him as a child and that his pain and depression are the result of trying to shut that out of his mind. His shyness, his constant fear of people and his sensitive nature, all results of trusting someone close to him and having that trust and innocence violated.

In 2013, I wrote an article for Icons of Fright regarding my discovery of the horror genre, and for those who may not have read that piece, here is some context: When I was a kid, my stepfather, a man from India who was obsessed with American culture and film, took me to many films, a lot of which were films that were probably ones I had no right watching at that age. I was seven years old when my stepfather took me to see The Accused opening night, a film which followed a woman (played by Jodie Foster) gang-raped and looking for justice. Pretty shaken by the film (naturally, I was seven years old), my stepfather took me home and did something that completely changed me forever: he molested me. Once a wild and rebellious little kid, from that moment, I became a very quiet, shy and tortured human. It was a moment that I would never fully recover from and it led me down quite a few sad and painful roads growing up. I didn't have many friends, and the ones I did have were either ones that were created every time I put pen to paper or friends named Freddy Krueger, Jason Voorhees or Michael Myers. I didn't know how to socialize with other people because I was terrified of trusting someone. I couldn't talk to girls growing up because I felt like they would eventually discover my embarrassing childhood and run for the hills. I simply did not know how to be "normal."

What I WAS able to do, though, was write. The imagination in my head was a strong one, and I found myself living through various stories and films I would either write or watch. That was my life (and still is) and I can't even tell you how many times I lost friends due to not wanting to party. I'd much rather watch a Carpenter films than do keg stands or try to bang cheerleaders. I was also the guy growing up that a lot of people would confide in because they all knew I wouldn't judge them. I was the guy who saw the good in the damaged girl who never felt like she was good enough to truly be loved. I was the guy who found brilliance in people who didn't see it in themselves (something that I still do) and years later, when I watched The Perks of Being a Wallflower, I was taken back by experiencing a film that, again, wasn't just a great film, but one that made me feel like it was a piece of art made just for me. I was, and to a degree still am, Charlie. 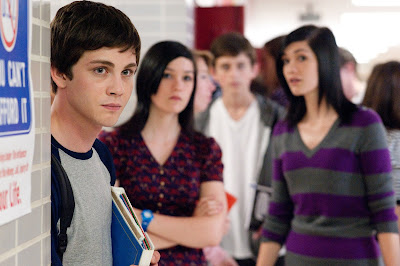 It gets extremely difficult to deal with the past for me, but I love to write and I love to see the good in people I love. I live to make the ones I love feel loved, I live to tell stories, to appreciate the things and people that bring me happiness. It's rare to find something, whether it's a film or book, that speaks to you on such a profound and amazing way. Chbosky's film (I've since fallen in love with the book as well) was and is that piece of art which I find myself revisiting a lot to feel close to something. Every time I feel depressed and can't shake roadblocks of memories or every time I try to convince someone I love that they're worth the love they don't consider themselves to be worthy of, The Perks of Being a Wallflower is my go-to film. It's a rare and unappreciated gem, a testament to the power of storytelling and a shining example of a perfect film.

Email ThisBlogThis!Share to TwitterShare to FacebookShare to Pinterest
Labels: emma watson, ezra miller, logan lerman, movies based on books, teen movies, the perks of being a wallflower