Riske Business: Kids Movies I Thought Would Be Huge But Weren't

The Boss Baby opened huge this past weekend. I thought all of these movies would have done the same.

Alaska (1996) – I saw the trailer for Alaska a ton of times during the summer of 1996. Trust me, nothing looked grander. I thought Alaska was going to make big box office, win all the Oscars and launch Vincent Kartheiser onto the A-list. It did not do any of those things. It opened at #8 in a crowded weekend with Tin Cup, The Fan, Bordello of Blood and House Arrest and finished with $11.8M domestically (that’s a 4x multiplier from its opening weekend, so we’re talking word of mouth, albeit on the smallest scale). I didn’t see it either and still haven’t to this day. There’s something intimidating about Alaska. Could it honestly ever live up to that trailer? It’s like Cliffhanger for kids. #Cliffkids. Somebody please make Cliffkids.

The Amazing Panda Adventure (1995) – After the success of Free Willy in 1993, Warner Bros. was really cornering the market in white children-exotic animal friendship pictures. As a result, how could The Amazing Panda Adventure not be a global smash? It had pandas, which is an automatic $30M right there (I thought), and it was a star vehicle for Ryan Slater, aka Christian Slater’s half-brother. Was I skeptical? No. I was all “Okay kid, let’s see what you got. Big shoes to fill, but you can do it.” Ryan, unfortunately, wasn’t guaranteed bank like his brother (even by half standards) and The Amazing Panda Adventure opened at #11 with $2.4M, disappearing quickly from the box office. How little did anyone give a shit? It had a lower per-screen average than fellow debut Beyond Rangoon. That’s sending a message. 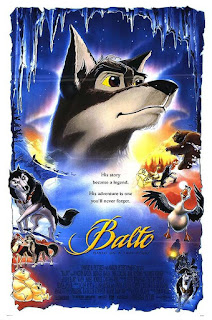 Balto (1995) – This movie has one of the most striking posters in the history of posters. It will stop you in your mall tracks and have you say to your friends “Shut up for two seconds and just look.” The trailer’s ok, but I thought that poster was going to guarantee Universal $100M or more with Balto. It opened at #15 to $1.5M and petered out with just over $11M in total. Balto was released in the uber-crowded 1995 Christmas market and debuted behind Waiting to Exhale, Grumpier Old Men, Sudden Death, Tom & Huck, Dracula: Dead and Loving It, Cutthroat Island and Nixon. Way to go Universal! Why don’t you just debut it against the Super Bowl or the Olympics or the fucking moon landing? Balto never had a chance.

A Kid in King Arthur’s Court (1995) – After Rookie of the Year, Thomas Ian Nicholas was on the express lane to stardom. In a shrewd move, Disney made him a kid who plays baseball (easing us from Rookie to Court, similar to how DVD was more readily adopted because the world was used to CDs) that finds himself dropped in Camelot in A Kid in King Arthur’s Court. This movie was the best of both worlds – TIN learns bravery and jousting, the court learns burgers, rollerblades and gum! Also, yes, I know that Daniel Craig and Kate Winslet are in this movie. That’s not a scoop anymore. The film opened at #9 with $4.3M and finished with $13.4M, meaning we’d need to wait four long years for TIN to reinvent himself in American Pie. 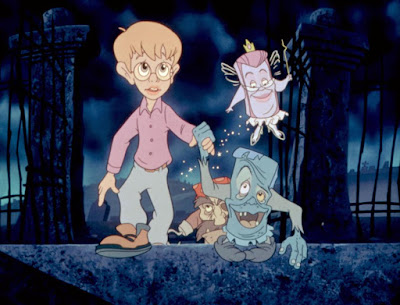 The Pagemaster (1994) – Fame is a fickle mistress. During the holiday seasons of 1990-1992, Macaulay Culkin was the talk of the North Pole after delivering the murderer’s row of Home Alone, My Girl and Home Alone 2: Lost in New York. But in November 1993, he gave us a hot cameo in The Nutcracker and we were all “You’re pushing your luck, little man.” Then came summer of 1994’s Getting Even with Dad, which bombed (I blame the OJ Simpson case, as the chase happened on GEWD’s opening day) and in November/December 1994 we had Mac’s last stand with The Pagemaster and Richie Rich. The latter did ok but was a sign it was the end of the line for Big Mac. The Pagemaster, on the other hand, should have been money in the fucking bank. But it was 1994, and it was a movie about a kid and books and no one was reading in 1994 (look it up, they weren’t). Debuting at #8 in a crowded kids market (The Santa Clause was booming and The Lion King rerelease was still roaring atop the Pride Rock), The Pagemaster finished with $13.6M. I owned it as a clamshell VHS and really enjoyed it at the time because I’m not an asshole. It wasn’t my fault, Culkin.

Rock-A-Doodle (1992) – Master animator and king of separation porn Don Bluth had a lot of box office bombs so I should have seen this one coming. But I didn’t, because I was nine and thought any animated movie I wanted to see was an animated movie everyone wanted to see. Plus, it had a singing Elvis-like rooster (for your parents) who was voiced by Glen Campbell (for your aunts and uncles). How would this thing fail? I remember going to the zoo one day with my family and we were going to see a movie afterwards. My dad asked what I wanted to see and I was like “Rock-A-Doodle.” He pretty much ignored me and decided we were going to see White Men Can’t Jump instead. He made the right choice, but at the time I was like “I dunno, dad, this Rock-A-Doodle might be something.” It opened at #10 with $2.6M on its way to just $11.7M. 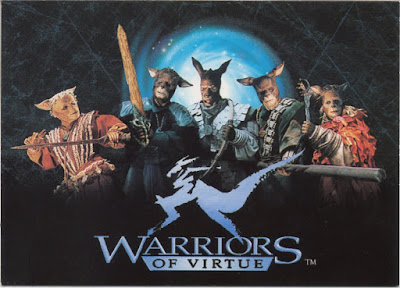 Warriors of Virtue (1997) – Warriors of Virtue, aka Teenage Mutant Ninja Kangaroos, had so much going for it – directed by Ronny Yu (Bride of Chucky, Freddy vs. Jason), an off-the-charts great villain turn by Angus Macfadyen, an angelic 23-year old Marley Shelton, an enormous (for 1997) $35M budget…this thing was going to be huge. Like, bigger than Star Kid (and that starred Joseph “Madmazz” Mazzello). But poor Warriors of Virtue tanked, only taking in $3.2M its opening weekend and finishing with just over $6.5M. I blame the film’s lead, Mario Yedidia, who even at 12 years old I could tell didn’t have that “it” factor to open a slam-dunk franchise.

Wild America (1997) – Jonathan Taylor Thomas was king of your kids entertainment dollar in the early to mid-1990s, but would that translate to a more young-adult role in 1997? He was growing up, but so were we. Wild America was a true test. America (wild as ever) answered a resounding "no" on opening weekend and gave their dollars at a 28:1 clip to fellow debut Men in Black, which opened atop the box office while Wild America toiled at #9. Did we let Jonathan Taylor Thomas down? I can’t answer for certain, but we did tell him with chilling authority that he was matinee as fuck and not ready for prime-time.

What are some kids movies you thought would be huge but weren’t?
Posted by Patrick Bromley at 5:00 AM