On Gods and Monsters 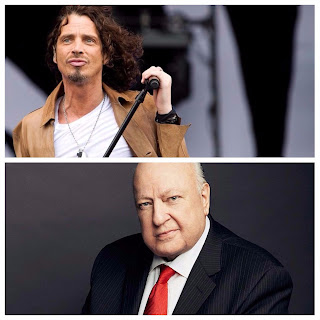 I know this isn't about movies. Sorry about that.

The entertainment world saw two major losses yesterday. The first was musician Chris Cornell, frontman for Soundgarden and Audioslave, who was found dead in his hotel room after playing a show in Detroit. He was 52. The second was Roger Ailes, the founder and former chairman of Fox News, who was fired in disgrace last year after countless allegations of sexual harassment. He was 77.

Cornell was a giant of rock and roll, fronting two enormously successful bands and building his own huge solo career over the last 25-30 years. Truth be told, I was never the biggest Soundgarden fan. I liked Louder Than Love and had BadMotorFinger in constant rotation during my first two years of high school, but I checked out after that. I couldn't get into Superunknown or any of its many hit singles. I couldn't really get into any Soundgarden -- or Audioslave, by extension -- after that. But my feelings about Cornell's music do not matter, because I know just what a force he was and how many lives he touched. He was insanely talented, possessing the kind of voice that comes around maybe once in a generation. Watching him perform something like "Jesus Christ Pose" in his youthful, long-haired, early '90s form is the very reason the term "Rock God" was invented. 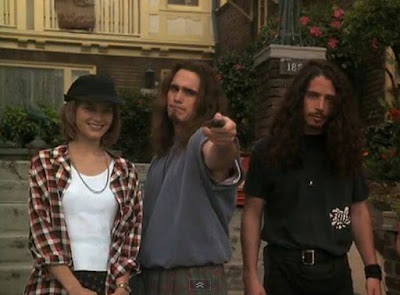 But though he leaves the world better than he found it, he could not beat his demons. His death has been ruled a suicide by hanging, making his loss even harder to take both by those who can never understand why a person with so much talent and success and light could ever do such a thing and by those of us who understand it all too well. He did not disappear for days and turn up dead. He played a show, went home and ended his life. That's how depression works. The desire to end it all is just as normal as doing your 10,000th live show or going to the grocery store or finding movies to recommend on Netflix. I've opened up in the last six months or so about my own issues with depression and what has rocked me so much about the loss of Chris Cornell isn't that it's surprising, but rather that it comes as no surprise to me at all -- I'm Kirsten Dunst in Melancholia, who finally feels at peace when the world is about to end because finally something else matches the way she has always felt. I've had the same thoughts as Chris Cornell. I've thought about the where and the when and the how and more than once taken it steps further, so while the news is heartbreaking I also completely get it. The difference is that I have, so far, succeeded at fighting off the worst impulses of my depression. But it's a success that is measured in days, and any day you don't kill yourself is a success. You fight it and you fight it and one day you just stop fighting it. Chris Cornell held on as long as he could but finally stopped fighting it.

Roger Ailes leaves a family behind. They are grieving, I'm sure. I will not make light of their loss on a personal level nor mock their pain. But Roger Ailes was also human garbage, a pair of sentient jowls attached to a body filled with hate, racism and misogyny. In creating Fox News, he made America a much worse place, indirectly and/or directly responsible for the second Iraq War, the crippling social/political/class divide in this country and the leadership disaster in which we now find ourselves. He is a man who sold a bullshit view of the world for 20 years and became very, very successful by pitting Americans against one another, stirring up fear and hatred of anyone that isn't a conservative white male. He did this all while bullying, harassing and threatening women who worked at his company and creating a culture that allowed employees like Bill O'Reilly to get away with doing the same for decades. He was human poison, spreading sickness through everything he touched -- in particular through the television, like the assholes at Videodrome giving us all tumors and stomach vaginas so that he can sexually harass us.

Ailes, like Cornell, held on as long as he could. He made it into his 70s. Once his kingdom was taken away and there were no more women to objectify, threaten, intimidate and harass, his body called it quits. 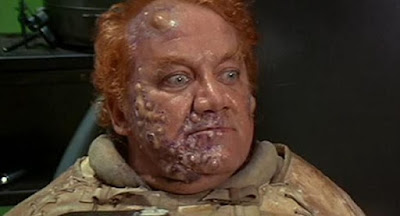 And so maybe we arrive at the point. We all have a choice every day: do we want to be Chris Cornell or do we want to be Roger Ailes? By this I don't mean how we want to face the end of our lives, whenever that may come (that's a topic of another column), but rather what we want to give to the world while we are here. I can never be Chris Cornell. I'm not hot or charismatic or talented or successful. I'm not an artist. But he touched people's lives in a profound way, as evidenced by something as simple as my Facebook feed being filled with friends who are experiencing genuine loss and sadness and who consider Cornell's music to be important in their lives. That's not a small thing. I cannot have that effect on people, but that doesn't mean I can't try to at least bring them some amount of happiness -- or, at the very least, a brief distraction from whatever pain they are in. We all have that ability. We can be kind to someone, or show support for someone. We can let someone know that we are listening and that they matter.

Because the internet makes it all too possible for us to be Roger Ailes every day. We can be mean and spread negativity when someone doesn't like a movie we like or likes a movie we don't. Check the Twitter reactions to any negative review of a DC movie; hell, just check the negative reviews of DC movies themselves (not you, Wonder Woman; I hear you're good!). Shit gets real nasty, and for what? I know we consider ourselves here at F This Movie! to be positive and respectful and I'm very proud of that fact, but I'm not immune to being shitty sometimes. I've been called out for being rude and unwelcoming to anonymous commenters, the suggestion being that people comment anonymously because I'm shitty towards dissenting opinions. I'm not sure it's a totally fair characterization, but I'll take the hit. I'm sure I've been guilty of it in the past, and bringing it to my attention will hopefully make me think twice before I do it again. Even when I'm attacked, I need to remember that attacking back just turns both of us into Roger Ailes. I don't want that. I don't want that for any of us. We need to be better and resist the urge to be shitty, both online and in person. With Ailes gone and Fox News' special brand of toxic rhetoric hopefully collapsing under the weight of its unsustainable hysteria, we need to be part of turning things around.

So that's it. Two men lost, two opposing legacies. I can offer condolences on the loss of both, even if I only feel genuine sadness for the one who created art to make the world a better place. We all have to keep doing the best we can to succeed day by day, which is easier because of all of you who read the site and all of you who write or have written for it: Erika, Doug, JB, Adam Riske, Rob, Mike, Adam Thas, Mark, Heath, Heather, Cass, Erich, Jerry, Alejandra, Anya, Lexy, Melissa, Alex. My friends and my family are all here in once place, and that fact makes these daily successes feel more manageable. Movies help. But someday we won't be here anymore, and what I want for us all is to leave the world better than we found it. We may never create anything as good as "Outshined," but we can at least love and care for one another. And hopefully that someday is a long way off for us all. We just have to hold on for as long as we can.