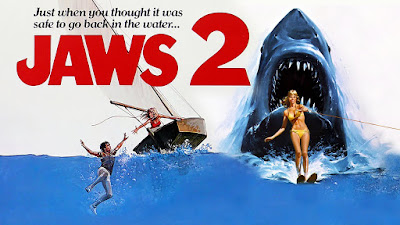 “What’s that one?” Brody asks Quint, pointing to the scar on the weathered captain’s forearm. “Oh, that’s a tattoo. I got that removed,” he responds, evasive and withdrawn for the first time since being hired to kill the shark stalking the citizens of Amity Island. What follows is the Indianapolis Speech, and you know how it goes. It’s beautiful and sad. It makes us forget we’re watching a movie for a few minutes. Most importantly, it grants weight to the relationship between the old man and the sea. Every time he barks an order, every time he refuses to return to the shore, we understand why. The young Hooper, listening to the irascible bastard describe the death of his shipmates and feeling genuine reverence for the first time, also has his reasons. He needs to prove his mettle as a scientist. He needs to show he’s not some rich kid with city hands, that his scientific knowhow could prove just as valuable as Quint’s thirst for revenge. And then there’s Chief Brody, who doesn’t want to be there at all. The weight of his job forces him to face his fear of the ocean, protect his family, and save his small island community from eco-nomic ruin. And he does. It’s awesome. 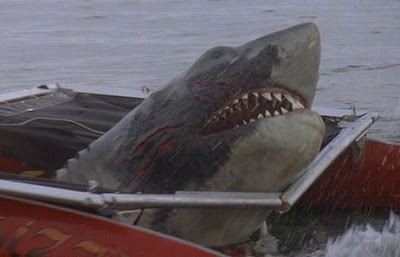 When Jaws 2 begins, Brody (Roy Scheider) is under no such pressure. He’s running late to some nonsense publicity event. Very little has changed on Amity Island, which is now deep under the thrall of hotel developer Len Peterson (Joseph Mascolo) and his integrated marketing campaign with Holiday Inn. A “Man of the Year” trophy honoring his maritime heroics collects dust on a shelf, but Brody has still failed to reap any spiritual reward. He’s still frustrated by Amity’s obsession with boats and beaches. He’s still a big city cop in a one-horse town. Mayor Vaughn (Murray Hamilton) is still a scheming douche nozzle, and Peterson’s interest in Mrs. Ellen Brody (Lorraine Gary) is threatening the chief’s status as top dog for the first time. Meanwhile, Mike and Sean Brody (Mark Gruner and Marc Gilpin) are galavanting around the sea with Mayor Dickwad Jr. (David Elliott) just as a new great white shark threatens Amity’s shores. When a dead diver’s camera is discovered and proof of the new menace is all but confirmed, Brody skips the bureaucratic posturing that cost lives last time around and starts opening fire on every shadow he sees. The city council takes issue with this approach, stripping Brody of his authority and forcing him to go shark hunting alone.

All this intrigue makes Jeannot Szwarc’s follow-up to Steven Spielberg’s masterpiece sound like a worthy elaboration on familiar themes, but the truth is that Jaws 2 loses interest in characterization around the forty minute mark and never finds it again. Its flat, plodding narrative shifts focus from the chief and his troubles to an gaggle of annoying teenagers (the film’s target audience) to whom we’re barely introduced and never really given a reason to care about. Sure, we want to see the shark in new and more exciting situations (the “wouldn’t it be cool if…” approach to action conceptualization), but dramatic tension comes from empathy, and Jaws 2 doesn’t have it. After several significant rewrites (including rejected scripts from Spielberg and 2001: A Space Odyssey creator Arthur C. Clarke) and the last-minute replacement of original director John D. Hancock (who felt the film should have a darker tone), the producers of Jaws 2 elected to skip the complicated character work in favor of the empty spectacle that would come to define the very summer blockbuster model the original Jaws helped establish. That was a deceptively-personal film about fear. This is a film made to sell lunch boxes, and it shows. 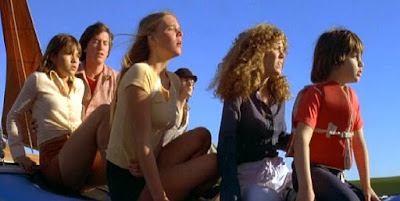 In his excellent essay “A Great White Murder Machine,” Jacob Knight argues that Jaws 2 should be reappraised not as a dramatic thriller, but as an early slasher (the film predates Halloween by a few months). It’s true that Bruce Two — sporting a menacing burn across his face, his slasher mask — meets the criteria: he hunts teens indiscriminately and strikes from the darkness without remorse. That makes Brody our Dr. Loomis, someone haunted by his past experiences with this unspeakable evil and determined to protect others from its wrath. The difference is that while the great movie monsters stand in for our darkest fears, this shark means nothing; it has nothing to do and nothing to say. In Jaws, the deaths of Chrissie Watkins and Alex Kintner strike a match in Brody that forces him across a threshold and into unknown territory. Each death is meant to escalate the dramatic tension. In Jaws 2, a killer whale washes up on the beach and confuses a few people for a day and a half. A lady dies by accident when she sets herself on fire. Amity Island itself is cold and empty this time around (likely a production mandate left over from Hancock’s earlier concept that no one corrected), and most of the beach-going extras look like they want to be anywhere else. The action stilted and flat; the camerawork lacks any discernible point of view. If Jaws 2 is a slasher, it’s a very bad one.

Worst of all, Jaws 2 is a film no one wanted to make. Roy Scheider famously trashed the idea of a sequel before production even began and only returned on the condition that he’d be let out of a contract dispute with Universal. He and Szwarc once came to physical blows and never agreed on the creative direction the film should take. Murray Hamilton’s scenes were shot quickly, his part greatly reduced so that the actor could be by his wife’s side while she underwent cancer treatment. Lorraine Gary’s part was altered several times, and the aforementioned subplot with Peterson (loosely inspired by the original novel, in which she has an affair with Hooper) was abandoned almost entirely. This leaves the film with exactly one effective story thread: Brody’s violent emotional breakdown and subsequent night of sorrow-drowning. Scheider is great in these scenes, embracing the few moments he’s given a chance to do something with the character before he runs off to save those irritating teenagers. We can only imagine how things would have turned out had Hancock been given a chance to execute his original vision for a darker and more contemplative film that had Brody and Amity coping with collective PTSD. 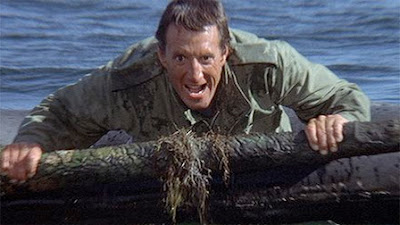 Most fans accept Jaws 2 as a mediocre-but-watchable entry in the series made worthwhile by Scheider’s performance and favorable comparisons to the two piles of flaming dog shit that followed. But it still lacks the grace and soul of its predecessor, and in many ways that is unforgivable. It lacks Jaws’ creativity and sense of adventure. Their absence speaks to the same lack of imagination and intellectual curiosity that our dim-witted Mayor Vaughn suffers from, proof that Universal didn’t truly understand the film it made, only the product it released. When talking about sequels, “good enough” is a common refrain; “What were you expecting?” is another. While these excuses work for some in a franchise landscape that often embraces repetition and nostalgia rather than story and character, they should not apply to Jaws 2, one of Hollywood’s first opportunities to define what a sequel could be. Universal could have made a smart, character-driven film led by almost any prestige director they wanted (Otto Preminger was allegedly among the big names on the initial short list), but they aimed for the middle and ended up with a middling mess. Ultimately, they didn’t know what they had with Jaws (much less how to replicate it), one of the many reasons why it was lightning in a very special bottle that will never be captured again.