Reserved Seating: All Eyez on Me / 47 Meters Down

Even though you’re fed up, shark, you gotta keep your head up.

Adam: Welcome to Reserved Seating. I’m Adam Riske. Rob is off for the next two weeks, but to make up for his absence I’ll be reviewing two new releases this week: All Eyez on Me and 47 Meters Down.

47 Meters Down is the latest summer shark movie in what might be an emerging trend with the recent success of 2016’s The Shallows. I would be fine with that. Nothing says summer like a shark movie. This one tells the story of two sisters (Claire Holt and Mandy Moore) who go into a shark cage for some quick vacation thrills and get much more than they bargained for. The boat wench breaks and the cage plummets to the ocean floor in shark infested waters. Running short on air and surrounded by predators, the sisters have to fight for survival. 47 Meters Down had an interesting path to the screen, as it was originally titled In the Deep and slated for a DVD/VOD release last year, but the studio thought they had something and waited a year to give it a theatrical release. I think it was a good idea, because 47 Meters Down is a really strong entry into the shark movie subgenre. 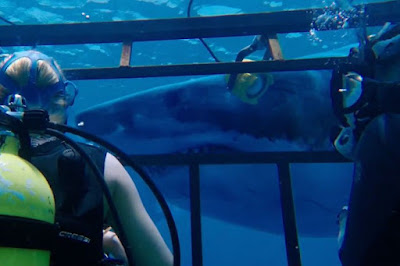 The film starts off amiably enough, even though the characters are stock and underwritten. I don’t know Claire Holt from anything (I guess she’s best known from TV’s The Vampire Diaries), but she seems nice and Mandy Moore has built a career on radiating sweetness so I wanted them to survive this ordeal right from the beginning. Fitting of its B-movie roots (the movie has scant intent of deeper meaning), Holt and Moore are in the water pretty quickly and it’s just them for the bulk of the movie. Thankfully, we’re with the women in this scary situation without cutting back to the people on the boat above water, who are trying to save them until very late in the film (we hear Matthew Modine via radio but don’t see him). This allows the tension to build without respite. The movie throws enough new obstacles at the characters and the audience so that the brief sub-90 minutes runtime goes by rather quickly. The film is operating on a low budget, but you wouldn’t necessarily notice as the shark effects are effective and realistic looking enough (likely because most of the time you see them underwater and not jumping out of the water). Being rated PG-13, 47 Meters Down skimps on shark gore, so if you’re looking for something more extreme you might want to try a different movie.

I was enjoying 47 Meters Down for the first two acts, but what I think will keep it in my memory is the third act. It doesn’t offer the (wo)man vs. shark thrills of The Shallows or Jaws, but instead opts for something smaller, less thrilling and more muted. I found the decision refreshing and emotional but I can understand how it might polarize others. I’m voting Mark Ahn for 47 Meters Down.

Our next movie is the long-gestating biopic on the life and death of rapper Tupac Shakur, titled All Eyez on Me. While it’s definitely not the definitive Tupac movie (that would be the incredible 2003 documentary Tupac: Resurrection), I found All Eyez on Me to be much more entertaining than a majority of the reviews I’ve been reading would suggest. Full disclosure: I’m a big fan of Tupac Shakur (he’s my favorite rap artist), so my appreciation of All Eyez on Me does have a certain level of “I liked it because it was about Tupac,” similar to how some might like a Transformers movie just because it has robots fighting or you like a wonky pop documentary because you enjoy the subject matter. 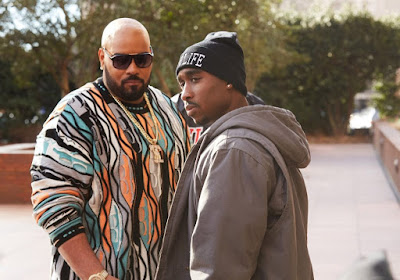 Is All Eyez on Me a “good” movie? Not really, and not by 2017 standards. It has a lot of problems that could be easily spotted by a casual moviegoer – some (not all) of the acting is bad, the screenplay has many on-the-nose lines of dialogue and platitudes, the sets look thrifty (especially in the concert moments) and the re-enactments of film scenes (e.g. Juice) and music videos featuring Tupac are laughable. All Eyez on Me doesn’t have the professional sheen of Straight Outta Compton and it covers so many events that most only get cursory treatment. And yet, I was fascinated by how the movie played. It feels like a throwback biopic from the 1950s in its earnestness. I never would have considered a Tupac biopic to have that vibe, but it’s oddly effective. All Eyez on Me is certainly guilty of “and then this happened,” but that somehow works for this man’s life. It makes you sit back and marvel and how much shit this guy saw, went through and participated in during his short 25-year life before being murdered in September of 1996. I still would like to get a Tupac biopic from a seasoned auteur later on down the road (there’s talk of Steve McQueen making a documentary about him, but what’s the point when Tupac: Resurrection exists, with Tupac even telling his story in his own words?) but this will do for now. A man who led a life as outsized as he did deserves an epic treatment from an Ava DuVernay, Ezra Edelman or Spike Lee, three filmmakers who could dive into why Tupac was so influential to both black culture and popular culture while also examining his more problematic attributes.

Very impressive is Demetrius Shipp Jr. in, amazingly, his first acting credit. He looks the part entirely and his performance is committed and attention grabbing. After a while, you forget it’s the actor and just think it’s Tupac and that’s about the biggest compliment you can give a performer playing a real-life figure, especially one who was so much in the public eye. He is done no favors by director Benny Boom, who puts Shipp Jr. in the unfortunate situation of having to lip-sync Tupac songs in far too many scenes, which causes a distraction and robs them of some energy. Also good is Kat Graham as Jada Pinkett, Tupac’s real-life friend. She does more of an impersonation, but it’s a damn good one and she and Shipp Jr. have strong chemistry. It’s sad to hear that most of their scenes in the movie are bullshit (according to Jada Pinkett-Smith) but I’m a filmgoer, not a historian. Unsurprisingly, the movie also works because it features a lot of Tupac music, which is a pleasure for a fan to hear in a theater with great sound. I’m voting Mark Ahn for All Eyez on Me. It’s an interesting, problematic film about a fascinating, flawed man. 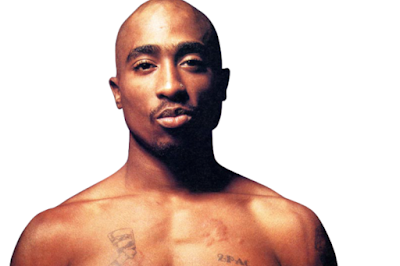 To close out, here are my ten favorite 2Pac songs. My proclivity is towards the ones that are positive, sensitive, joyful and/or fun. He had many other songs that weren’t and make me wince, but the list of ones I like could easily number in the dozens. He recorded over 700 songs by the age of 25. That’s unreal. Go White Sox!

I’ll be back next week with a new review (Transformers Cinco?). Until then, these seats are reserved.
Posted by Patrick Bromley at 5:00 AM