Solitude, Seclusion and The Station Agent 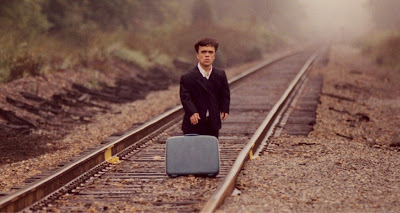 People are scary. They’re crass and stupid, clumsy and short-sighted. They make strange decisions and punish each other for their own insecurities. They hurt themselves and refuse to learn from it. It’s hard to blame anyone who chooses to abstain from their company, certainly not Fin McBride (Peter Dinklage), the quiet man with dwarfism at the center of Tom McCarthy’s The Station Agent. A long history of ridicule and rejection has pushed Fin inward, convincing him to trade the conventional lifestyle of an enterprising young man for the solitude and routine of his trains. Fin likes trains. He and his friend Henry (Paul Benjamin) run a hobby shop for enthusiasts and enjoy their modest existence until Henry’s unexpected death. Left without a friend and with little interest in making any new ones, Fin takes up residence in the small train depot that Henry left for him in rural Newfoundland, New Jersey. Though Fin is overjoyed by the thought of no one fucking with his day, his reverie is interrupted by the loud-mouthed lunch truck vendor Joe (the always-reliable Bobby Cannavale) and the scatterbrained artist Olivia (the always-sexy Patricia Clarkson), both of whom insist on learning everything they can about their new neighbor. 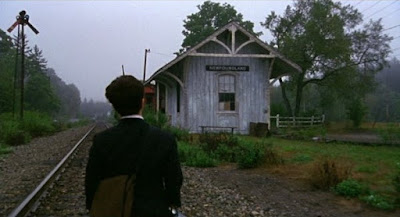 The Station Agent is about the heavy, awkward moments that cloud the air during long silences. It’s about the hopelessness that sometimes comes with getting to know someone, the sinking feeling that the effort won’t be worth it in the long run. Sooner or later, the shine will come off the apple and everyone will feel worse for trying. Fin’s a good guy, but he doesn’t want to open up to you. He doesn’t want to tell you about his day. He doesn’t want to be your friend. His inhibition is a kind of armor, a way of protecting himself against those who might judge him most harshly. Trouble is, his new friends are anxious to connect: Joe’s a charismatic and earnest frat boy filling-in at his father’s lunch truck while he recuperates from an illness. Used to the hustle and bustle of Manhattan, Joe pokes and prods at Fin long enough to get him talking. Olivia, separated from her wealthy banker husband (John Slattery) after the accidental death of their young son, feels beholden to Fin’s welfare after her reckless driving runs him off the road (twice!). She sees Fin is a calming presence, someone interesting enough to pull her out of her self-imposed seclusion and unique enough to share in her pain.

Despite every effort to be as cold and uninviting as possible, Fin has that effect on people. They like sharing his space, almost as if his considerable social handicaps free them to open up without fear of judgment. Joe likes that he can talk Fin’s ear off without him getting frustrated. Olivia knows that she can stutter and stumble and he’ll still let her sleep on his couch. Local librarian Emily (Michelle Williams) — young, pregnant, and very afraid — is reassured by the idea that there might be more than one kind of man out there, that one might be mature and sensitive enough to understand why she’s just so damn lonely. That Fin has nothing to lose makes him a kind of equalizing force in their lives; he lets everyone start from zero, free of the emotional baggage that complicates so many of their other relationships. He’s been through far worse than the rest of us could ever imagine, and with that experience comes the kind of empathy that forgives us any of our own shortcomings. Projecting onto people like Fin allows us to reframe our lives in their image, to use them as a blank slate on which to paint our best selves. 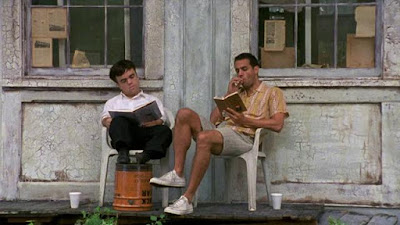 But Fin’s progression through the film reveals that there is a hidden cost to his reluctant altruism. The more vulnerable he allows himself to be, the more complicated the people around him become. Olivia seems at first like she’s ready to move on from her ex-husband and the tragic memory of her son, but his revelation that he’s having a baby with someone else sends her into a downward spiral of depression that makes her lash out against the friend who only recently felt close enough to care. After weeks of turning down Joe’s invitation to hit up a bar and revel in some brotherly love, Fin agrees to a meeting only to be stood up by his friend and embarrassed by the other leering patrons. Worst of all, his budding romance with Emily is cut short when he foolishly decides to stand up to her drunk boyfriend. With his face in the dirt, Fin recommits to his strict policy of non-intervention. Depression, illness, pregnancy — people are just too complicated to invest in. Fin was more than capable of rejecting people when he had to protect himself, but now that he’s opened himself up to the warmth of human company, that same rejection feels all the worse. 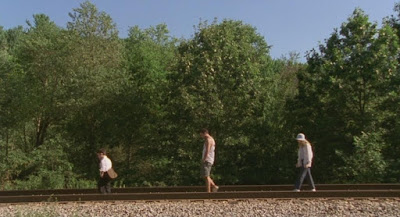 And so he hits rock bottom, falling asleep drunk on the train tracks and imagining one running him down. He tells Joe off, stops knocking on Olivia’s door, and focuses on the isolation of the depot. In older days, the station agent who lived there delivered mail and other sundries to rural communities when they came in on the train. Fin would’ve liked that, he thinks. He could be of service to the people without getting too involved in their lives. He could walk the right of way in silence and imagine the places the tracks might take him. But his time in Newfoundland has shown him that everyone is lonely in their own way, that everyone has pain burning holes in their own armor. When he discovers Olivia unconscious and overdosed, he apologizes to Joe so that the two of them can be by her side as she recovers. Finally realizing how dangerous it can be to isolate yourself from your fears, Fin accepts an invitation from Cleo (Raven Goodwin) to speak to her elementary school class. In front of possibly the cruelest and most unforgiving audience imaginable (especially for someone with dwarfism), Fin delivers a brief history of his favorite subject. It’s not much, and nothing is really fixed when Fin, Joe, and Olivia reconvene for a quiet dinner, but at least they’re all able to share each other’s space as equals, comfortably, for the first time.