This week's picks include some truly great movies, one indie gem and a movie wrongly considered one of the worst ever made. 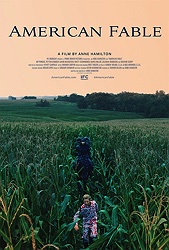 American Fable (2016, dir. Anne Hamilton) I caught this modest but beautiful little dramatic fantasy as part of last year's Chicago Critics Film Festival and it's stuck with me ever since. Peyton Kennedy gives one of my favorite performances in recent memory as Gitty, an 11-year old girl whose family is in danger of losing their farm in the 1980s; when she discovers that the developer trying to buy them out (the always welcome Richard Schiff) is being held prisoner in their silo, she is torn between standing by the family and doing the right thing. Director Anne Hamilton shoots every frame like a painting, whether it's the beauty of rural America or the more lyrical, abstract moments in which Gitty sees fantastical figures who play into the story. This is exactly the kind of small but excellent movie I love to be able to champion in this column. Please check it out. (Watch on Netflix) 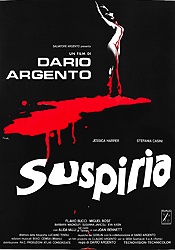 Suspiria (1977, dir. Dario Argento) What was once the source of a running joke between myself and Doug ("...at the ballet!") has since become one of my absolute favorite horror movies of all time to the point that I recently had to boot 1931's Dr. Jekyll & Mr. Hyde out of my top five. There's not much I can say about Suspiria that you don't already know, except that if you saw it once and didn't love it, you should give it another chance. Just ask Mike. Synapse has a Blu-ray out (hopefully) later this year, but now we can stream the movie 100 times while we wait. (Watch on Amazon Prime Video) 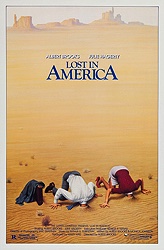 Lost in America (1985, dir. Albert Brooks) Just in time for Criterion's new Blu-ray of this great Albert Brooks comedy, you can stream it on Hulu. (How does that work, by the way? When the Criterion release comes out does it move to FilmStruck? #StreamingProbz) I still haven't seen Modern Romance (I know), so for the time being I'll call this my favorite Albert Brooks comedy -- an amazing work of art about marriage, the '80s and the betrayal of the American dream. Worth a watch alone for the scene in which Brooks tries to get back money he lost from Garry Marshall's casino manager. A true comedy masterpiece, and those are kind of rare. (Watch on Hulu) 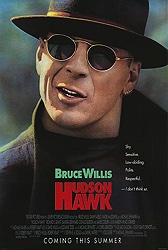 Hudson Hawk (1991, dir. Michael Lehmann) Not a comedy masterpiece, but also not the garbage fire it has been painted out to be since 1991. I still remember going to see Hudson Hawk opening weekend and having a ton of fun with it, seeing as it's just Bruce Willis in his prime clowning around in a movie with the intellectual intelligence of a 13-year old boy, which is what I was. Actually, that's not entirely accurate; yes, Hawk is often juvenile, but because Daniel Waters is credited as one of the writers it also has a smart, subversive streak -- it plays the anti-blockbuster. At the same time, it's an insane vanity project for Willis, who wrote the story and sings in the movie and mugs his entire way through. Your enjoyment of the movie will depend in part on your tolerance for peak '90s Bruno. (Watch on Crackle)
Posted by Patrick Bromley at 5:00 AM