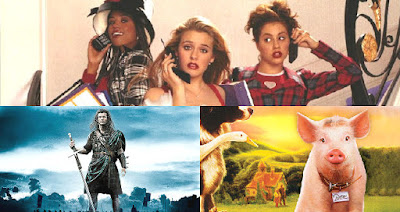 Quick Plug: This week’s column is borrowing a theme from Erik Childress’ Movie Madness podcast on the Now Playing Network. This summer, Erik has invited guests to pick their best summer ever and give their top 10 list of movies from that summer. They have been excellent shows that I highly recommend, especially the 1988 episode with Collin Souter. Movie Madness in general is a terrific podcast (which our own, Patrick Bromley, has been a guest on numerous times). You should check it out!

I chose 1995 as my best movie summer ever in large part because it was the first summer where I went to pretty much every movie I wanted to see. I have so many fond memories of my moviegoing as a 12/13 year-old during the summer of 1995 and I wanted to share those with you, as well as my 10 favorite movies (as of today) from the summer of 1995. But first, some honorable mentions:

8. Congo – Hilarious, Fun, Herkemer Homolka is one of the greatest characters ever

7. Braveheart – Great action, well-made, only this low because…. you know why 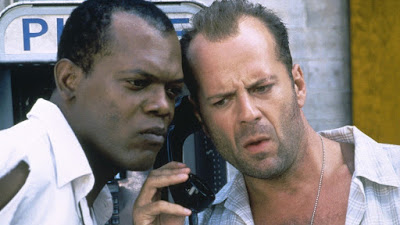 4. Babe – One of my favorite movie characters ever (Babe), amazing VFX, great message 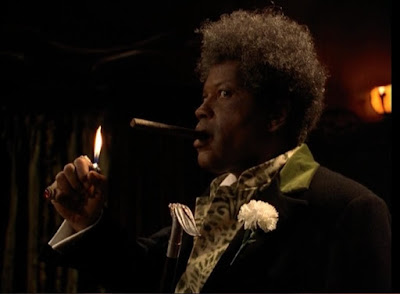 1. I saw a physical altercation when I went to Batman Forever. A woman threw a full soda at another woman. The police were waiting outside after the movie was over. Not sure how it all resolved, but it was kind of scary.

2. I went with my family to Walt Disney World that summer and we saw Apollo 13 on opening night and Batman Forever (a different time than the pop thrower) earlier in the week. It was cool.

3. On that same trip, I remember overhearing this one family (we’ll call them the Millers) telling someone at a WDW store that they were going to see Pocahontas. Then I saw the Millers at the movie theater when I was there for Batman Forever, presumably there to see Pocahontas. Later that week I got a Friday newspaper (to read Orlando movie reviews) and there was a section where regular joes say what they thought of current movies. Guess who was there? THE MILLERS! They liked Pocahontas. It was eerie.

4. I had my Bar-Mitzvah in May of 1995. After it was over, my family told me they would take me to my favorite restaurant and to see Die Hard with a Vengeance at the greatest theater ever – the Woodfield 1 & 2. The entire time I was reading from the Torah I was thinking about how many hours away I was from Chinese food and the new Die Hard. Cumulatively, they all made me into a man. 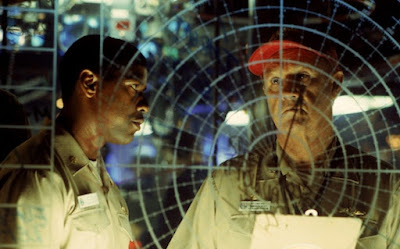 5. I didn’t want to see Crimson Tide when it came out opening weekend. I wanted to see Gordy, the other talking pig movie that came out in summer 1995. I was overruled and taken to Crimson Tide, which I didn’t like or understand because I was just 12. I wrote a “You Be the Critic” blurb in the local newspaper where I said of Crimson Tide “Should sink to the bottom of the ocean and never come back up.” I am reminded of this review monthly by my family.

6. I went to see Waterworld with my dad on a Saturday afternoon and then he went with my mom to see Virtuosity later that night. I remember him complaining about how little he liked those two movies and what a bad cinema day it was for him. I dunno, I like Waterworld. Virtuosity I don’t remember being very good, though.

7. I owned a Congo movie magazine and read it a lot that summer. It had a detailed backstory for Eddie Ventro (Joe Pantoliano) that was missing from the movie.

8. I saw Mortal Kombat on opening day with my friend, Frank, who got into a physical fight with another kid in the theater before the movie started. For him, Mortal Kombat was a way of life. 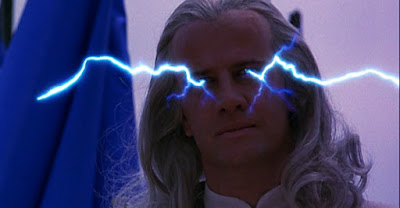 9. I thought Nine Months was going to be the funniest movie ever made. It wasn’t.

10. After seeing Babe, my friend’s mom was driving us home and suddenly pulled over. She heard on the radio that Jerry Garcia had died. She was upset and told us to stop talking.

12. Hot take: I like Judge Dredd more than Dredd. It’s not even close.

13. I wanted to see Forget Paris because of the basketball. The only other thing I remember about that movie is William Hickey repeating slogans (e.g. “You asked for it, you got it. Toyota!”)

14. I was disappointed by Free Willy 2: The Adventure Home the first time I saw it. Then they raffled off a VHS clamshell copy at my middle school’s Fun Fair and I wanted it more than anything. I didn’t get it that night. Bummer. 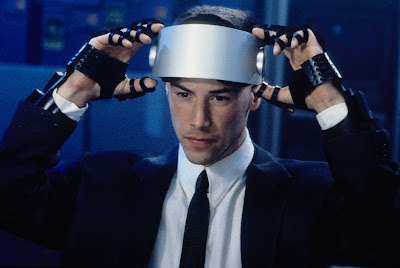 15. I thought Johnny Mnemonic was going to rule because it was Keanu coming off Speed. It was bad. Very bad. I remember this movie being on, though, when I was hooking up surround sound in my old apartment and didn’t think it was as bad as I did before.

17. I still haven’t seen Lord of Illusions, but will this October.

18. I am the biggest fan of both Bushwhacked and A Kid in King Arthur’s Court. By that I mean I would give them both three stars.

20. Have you seen Arabian Knight, the butchered animated movie that was borne out of Richard Williams’ long-delayed The Thief and the Cobbler? There’s a great documentary about the backstory of this movie called Persistence of Vision. You should see it!

Thanks again to Erik Childress for letting me borrow his great topic! What are your top 10 movies of summer 1995?
Posted by Patrick Bromley at 5:00 AM